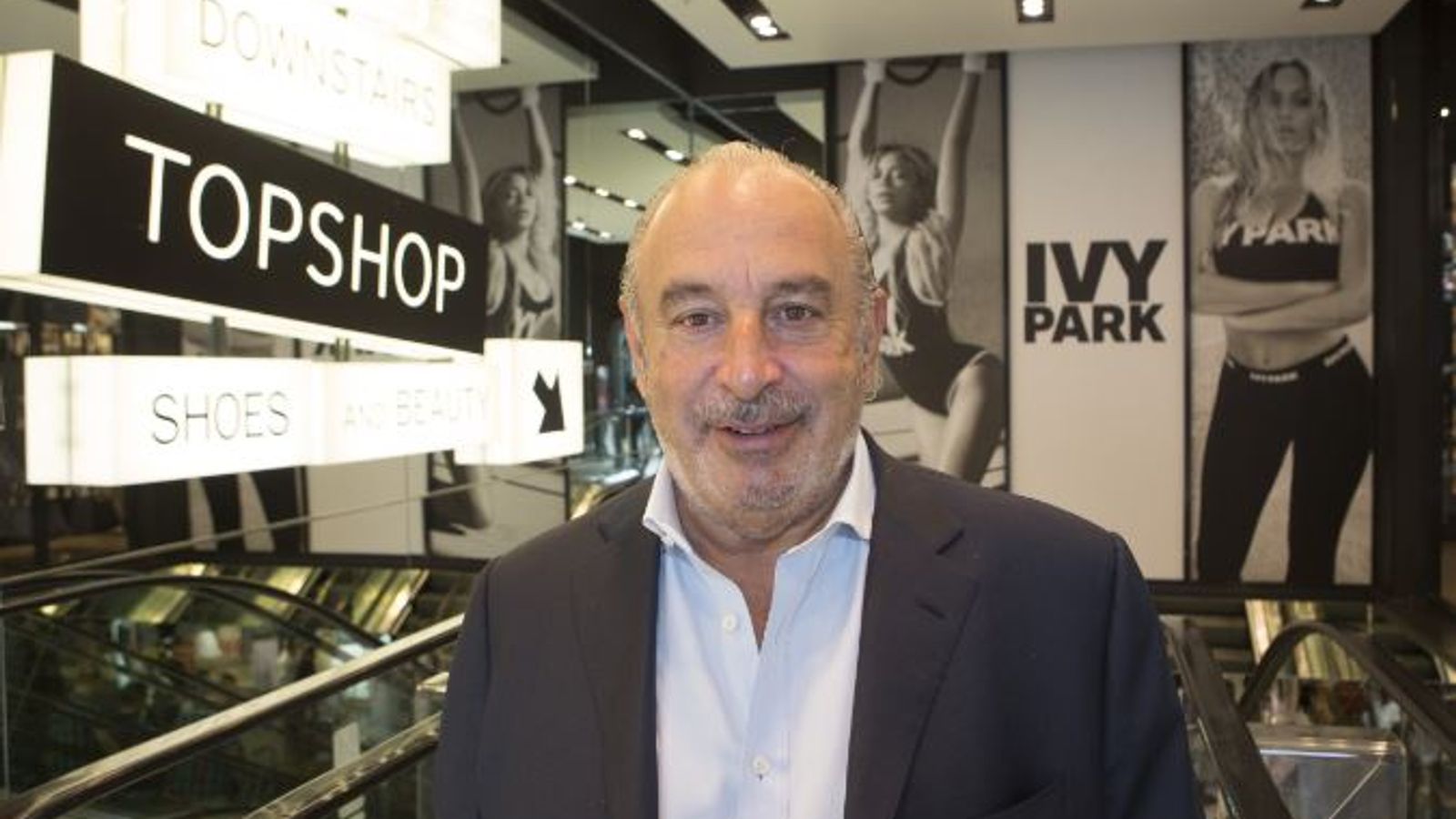 Thousands of pensioners left facing an uncertain retirement by the collapse of Sir Philip Green’s high street empire are on the verge of a funding deal backed by one of Britain’s biggest insurers.

Sky News has learnt that the trustees of the Arcadia Group pension scheme are close to striking a binding deal with Aviva to guarantee its members’ incomes.

City sources said a formal agreement was likely within weeks, with Aviva understood to have seen off competition from rival insurance companies, including Pension Insurance Corporation (PIC).

If concluded, it would bring to an end negotiations about one of the UK’s most contentious corporate pension schemes.

The fate of Arcadia’s pensioners, comprising employees of prominent chains including Burton, Dorothy Perkins and Topshop, has been in the balance since Sir Philip was forced to put the group into administration in the autumn of 2020.

The retailer had been in financial trouble for some time, hurt by consumers’ switch to online shopping and exacerbated by the COVID-19 pandemic.

Sir Philip was in negotiations with The Pensions Regulator for months before Arcadia’s collapse, and agreed to inject a substantial sum into the scheme.

His fraught discussions with the watchdog were precipitated by the political row which engulfed the tycoon in the aftermath of the collapse of BHS, the department store chain, in 2016.

A memorable select committee hearing with MPs that year saw the then billionaire castigated for his decision to offload BHS to Dominic Chappell, a now-imprisoned bankrupt, for just £1.

Along with wife Lady Tina, Sir Philip eventually committed more than £350m to boost payouts to BHS’s pension scheme members, but not without an ugly critique of his conduct by parliamentarians.

The precise structure of the deal between the Arcadia trustees and Aviva was unclear on Tuesday, but one insider said it was expected to involve members receiving full benefits – albeit potentially with more limited future increases than current inflation levels would justify.

Arcadia members are certain to receive superior payouts to those they would have got through the Pension Protection Fund lifeboat, which effectively guarantees benefits worth 90% of pension pots to unretired members.

The last public figure for Arcadia’s pension liabilities was in the order of £1bn, although the current figure was unclear.

Many retirement schemes have seen deficits shrink in recent months as interest rates have risen.

Aviva and a spokesperson for Arcadia’s pension trustees both declined to comment.

Cost of living: Vulnerable people find every action has a ‘price tag’
‘A force to be reckoned with’: Rising American Ben Shelton on dream run at Aussie Open
California gunman identified as ‘distrustful’ ballroom dancing fan
Twitter is down to fewer than 550 full-time engineers
IEA chief expects Russia to lose the energy battle, sees major difficulties for Moscow’s exports