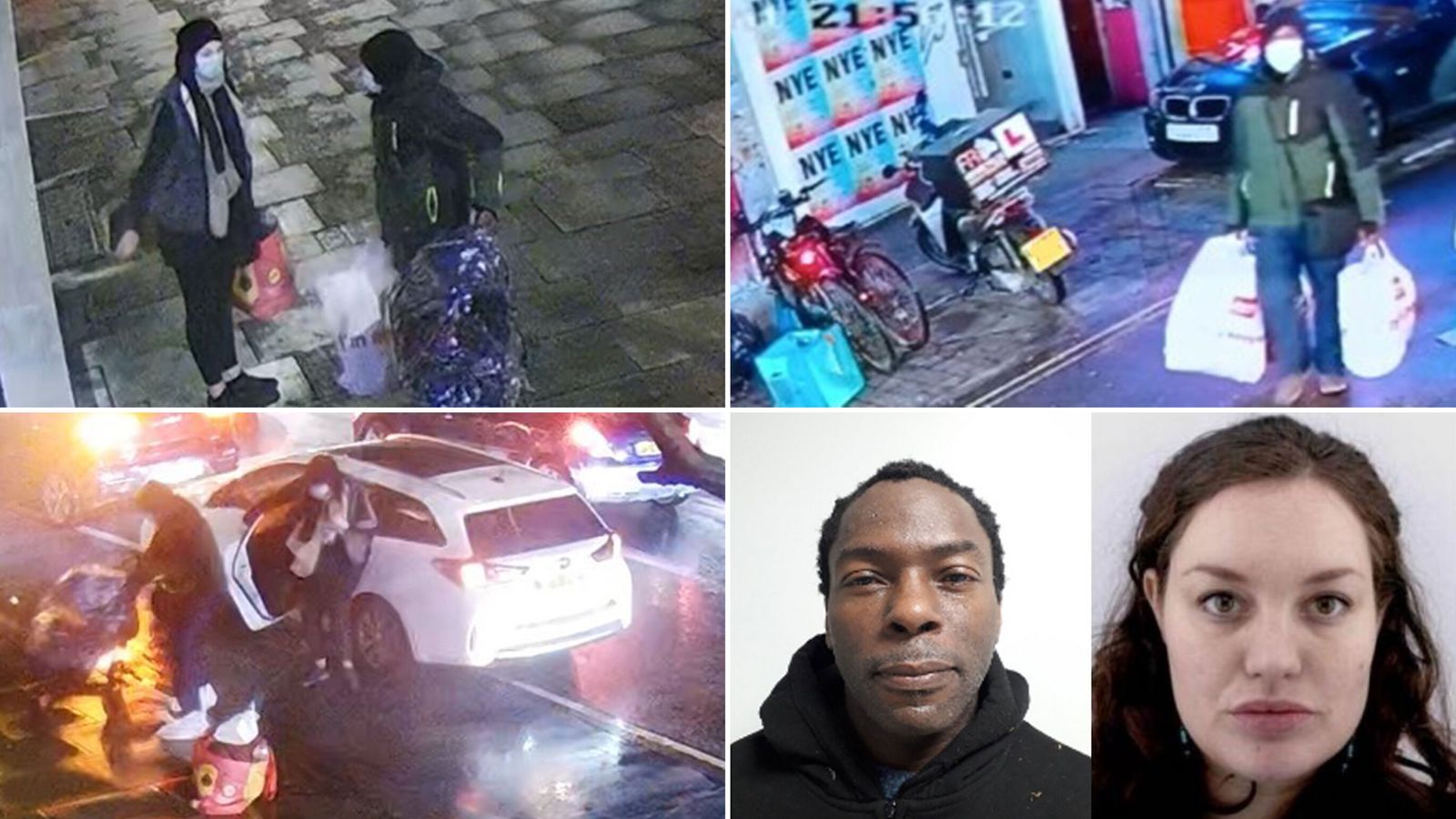 Police searching for a missing couple and their newborn baby believe the family has been sleeping in a tent in sub-zero temperatures.

Officers have been trying to find Constance Marten, 35, and Mark Gordon, 48, since their car broke down on the M61 near Bolton on 5 January.

Police say they went into an Argos in Whitechapel, in east London, two days later to buy camping gear.

The family was last seen walking along Brick Lane, towards Bethnal Green Road at about 10pm.

Detective Superintendent Lewis Basford said: “We are extremely concerned that a newborn baby – less than a week old at the time on 7 January – has been exposed to sub-freezing cold temperatures if Mark and Constance have been camping out somewhere as our evidence suggests.

“No child, especially a tiny, newborn baby, should be forced to endure such dangerous, potentially life-threatening, conditions.

“This is why it is absolutely vital that anyone with information about their whereabouts contacts us as a matter of urgency – whether it is with a recent or older sighting. Every piece of information is crucial to enabling us to find the baby and ensure it is okay.

“My officers will continue working tirelessly behind the scenes to piece together the family’s movements and current whereabouts. It could be that they are trying to blend in with homeless communities, either here in London or further afield, or they could be camping in more rural or wooded areas.

“They could be absolutely anywhere in the country. Please keep your eyes peeled, especially while you are out and about in waste ground or beauty spots, or while you’re walking the dog, and report any information, no matter how insignificant you think it is, to us.”

On 5 January police were called to the hard shoulder of the M61 where a car Ms Marten and Mr Gordon had been using was on fire.

It is believed most of their belongings were destroyed in the fire.

Police say Ms Marten may have given birth just a day or two before the fire but neither she nor the baby were assessed by medical professionals.

Sightings of the couple were then reported in Liverpool and Harwich before they were seen in Colchester, Essex, on 6 and 7 January.

Detectives have now established that they took a taxi from East Ham, being dropped off in Whitechapel Road at 6.14pm on 7 January which is where they appeared on CCTV.

There have been no reported sightings of the couple since then.