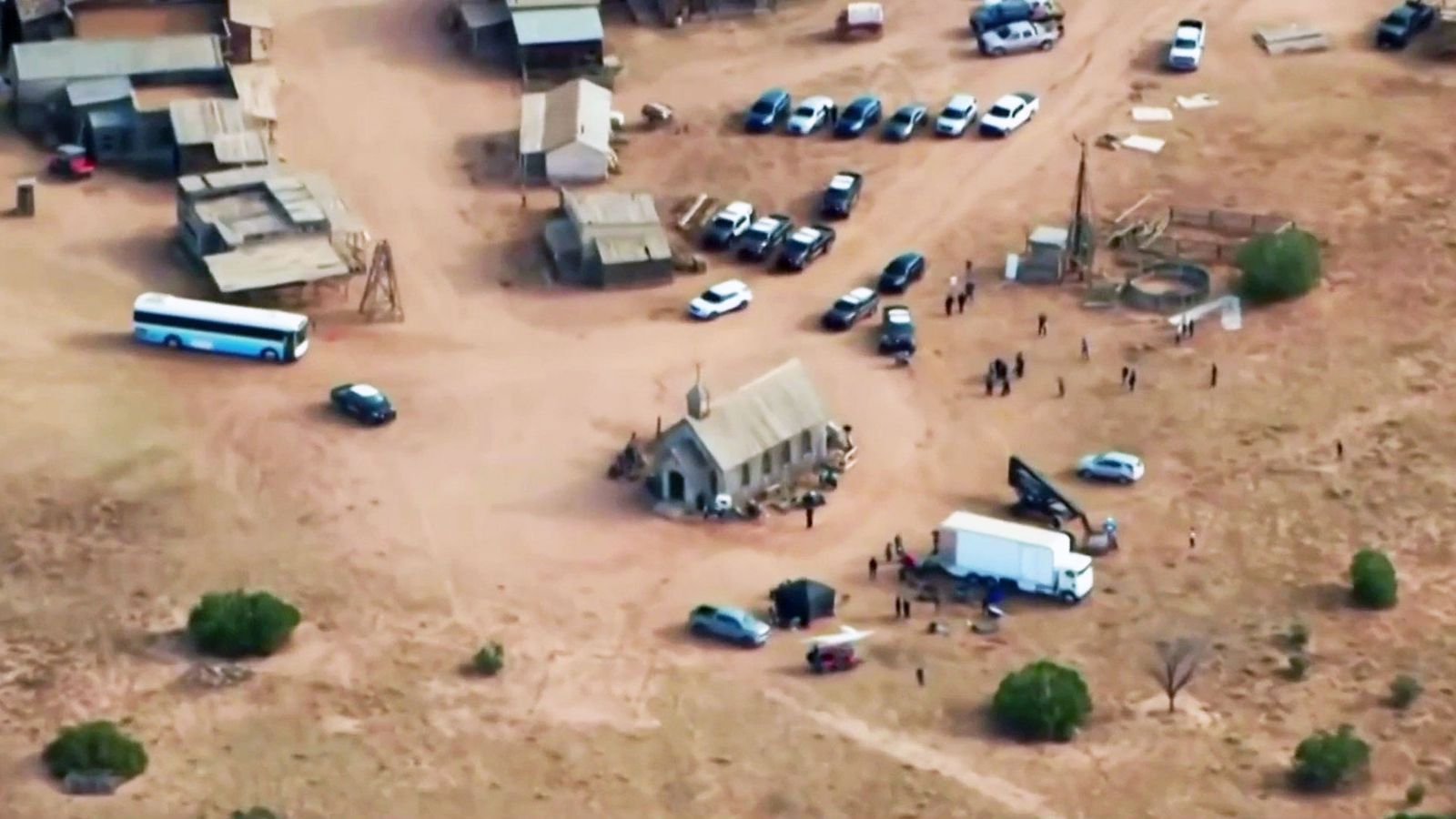 Prosecutors in New Mexico are expected to make a decision on whether or not to file charges in relation to the fatal Rust film shooting by the end of this month, Sky News understands.

Cinematographer Halyna Hutchins died after a prop gun held by actor Alec Baldwin was discharged during rehearsals for the western film on the Bonanza Creek Ranch set in Santa Fe in October 2021.

Almost a year later, in October 2022, Baldwin and the Rust production company reached a settlement for an undisclosed amount with the cinematographer’s family following a wrongful death lawsuit, and announced that production of the film would resume in 2023.

DA Mary Carmack-Altwies had been granted additional funding of $317,750 (about £282,900) to investigate the high-profile case – saying at the time in a letter to the State of New Mexico Board of Finance, seen by Sky News, that she anticipated prosecuting “up to four individuals” if it was found charges were warranted.

In the letter, she said that “many individuals had handled the gun that ultimately killed Hutchins”.

While there is no set timeline for her announcement on charges, a decision is expected later in January.

In the DA’s statement following the civil settlement in October, a spokesperson for her office said: “The proposed settlement in Matthew Hutchins’ wrongful death case against Rust movie producers, including Alec Baldwin, in the death of Halyna Hutchins, will have no impact on District Attorney Mary Carmack-Altwies’ ongoing investigation or her ultimate decision whether to file criminal charges in the case.

“While civil suits are settled privately and often involve financial awards, criminal cases deal only in facts. If the facts and evidence warrant criminal charges under New Mexico law then charges will be brought.

Details of what the charges could be, if the DA decides to move forward with prosecution, have not been released, but the prosecutor is understood to have been looking at all New Mexico laws that might be applicable to the case – which could include involuntary manslaughter and negligent use of a deadly weapon.

Baldwin’s ‘immense grief’ detailed in his own lawsuit

Several other civil lawsuits have been filed in relation to the case.

In November, Baldwin filed his own lawsuit against the film’s armourer Hannah Gutierrez-Reed – who was in charge of guns on set – and three other crew members, including assistant director Dave Halls, as a cross-complaint to a previous suit in which a different member of the crew named the actor and others as defendants.

Baldwin, 64, is a producer as well as the star of the film.

His cross-complaint alleges negligence and seeks damages to be determined at trial, for the “immense grief” he has endured as a result of Hutchins’ death.

Read more:
The Rust shooting, one year on
‘Someone is responsible… It’s not me’: Baldwin’s first TV interview

In a TV interview in December 2021, the actor said the Colt .45 revolver misfired as he cocked it and that he did not pull the trigger. He also questioned how live rounds came to be on set.

An FBI forensic test of the single-action revolver found it “functioned normally” and would not fire without the trigger being pulled.

In another interview in August 2022, Baldwin responded to the FBI’s report concluding that the gun’s trigger had been pulled, saying the bullet could have fired through a process called “fanning”.

The restart on production of Rust was due to begin this month, with Matthew Hutchins executive producing and director Joel Souza – who was injured in the shooting – returning at the helm.

However, the location for filming was due to move from New Mexico to California, according to reports.

What did the separate parties say about the settlement of Matthew Hutchins’ lawsuit?

The undisclosed settlement between Hutchins’ family, Baldwin and Rust Movie Productions was announced on 5 October 2022.

“I have no interest in engaging in recriminations or attribution of blame (to the producers or Mr Baldwin),” Matthew Hutchins said in a statement. “All of us believe Halyna’s death was a terrible accident. I am grateful that the producers and the entertainment community have come together to pay tribute to Halyna’s final work.”

Alec Baldwin’s attorney, Luke Nikas, said: “Throughout this difficult process, everyone has maintained the specific desire to do what is best for Halyna’s son. We are grateful to everyone who contributed to the resolution of this tragic and painful situation.”