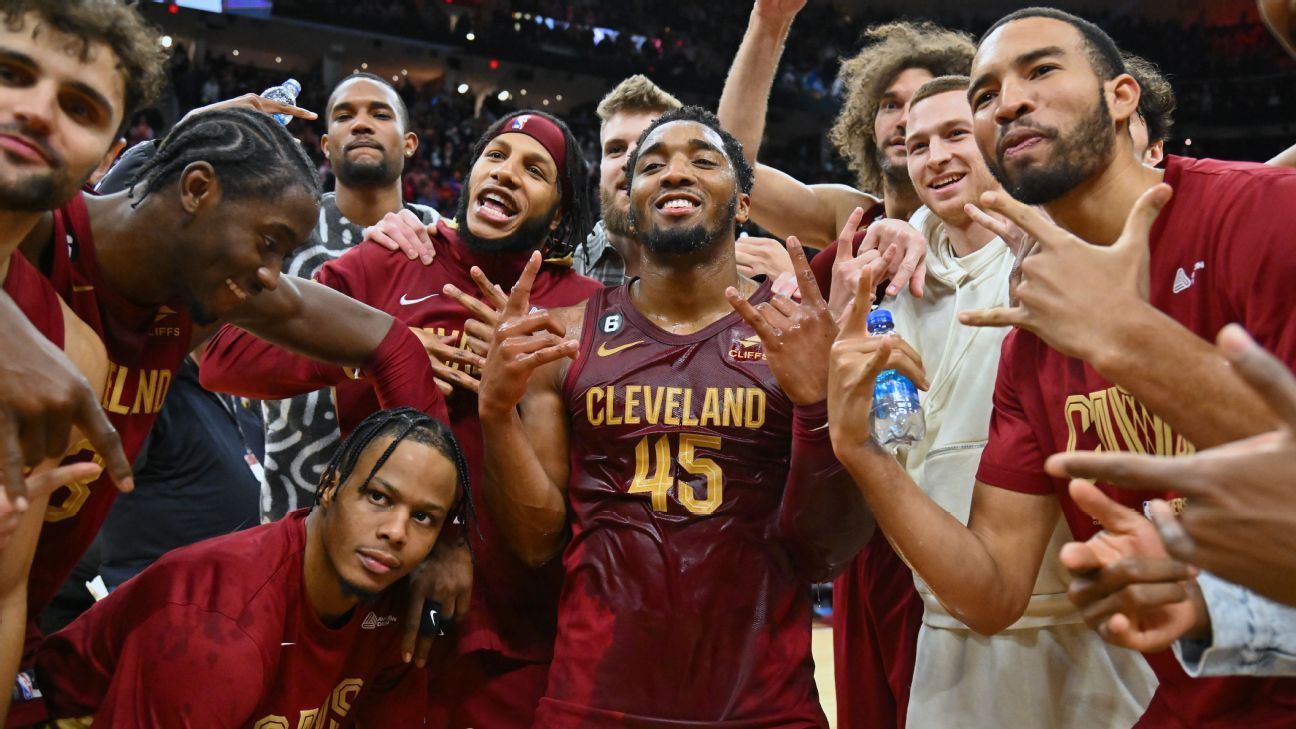 CLEVELAND — Already an All-Star, Donovan Mitchell added his name to one of the NBA’s most rarefied lists Monday night.

Mitchell set a Cleveland record with 71 points, most by an NBA player in 17 years, and the Cavaliers rallied from 21 down to beat the Chicago Bulls 145-134 in overtime Monday night.

It was the most points in a game by any player since Los Angeles Lakers legend Kobe Bryant had 81 against Toronto on Jan. 22, 2006. Wilt Chamberlain owns the NBA record with 100 for Philadelphia against New York on March 2, 1962, at Hershey, Pennsylvania.

“To be there in the record book with guys like Wilt is truly humbling,” said Mitchell, who was acquired from Utah in the offseason. “I always believed I could be one of the best players in the league. I’m speechless and blessed to be in the company of that greatness.”

As the final seconds of OT ticked off the clock, Mitchell waved his arm for the Cleveland crowd, which has embraced him in his short time with the Cavs, to make more noise and then soaked in their applause.

Seconds later, Mitchell was doused with water by his teammates and forward Cedi Osman grabbed a microphone on the floor to lead an “M-V-P” chant.

Mitchell scored 13 points in the extra session after forcing OT by grabbing his own intentionally missed free throw and making a circus shot with 3.0 seconds left, tying the game at 130 and breaking the Cleveland record with 58 points.

In OT, Mitchell became the seventh player in the 70-point club. Chamberlain did it six times, while Bryant, David Thompson, Elgin Baylor, David Robinson and the Phoenix Suns‘ Devin Booker each reached the figure once.

“We were treated tonight to one of the greatest performances in the history of the game,” Cleveland coach J.B. Bickerstaff said. “Every single play that he made was a play that was necessary.

“Donovan has never put himself above the team, so how can you not root for a guy like that? I told everyone else to get out of the way.”

Most Points In A Game – NBA History

Mitchell had a career-high-tying 11 assists and eight rebounds in 50 minutes, also setting career highs with 20 free throws made and 25 free throws attempted. He scored five points in the first quarter, 11 in the second, 24 in the third and 18 in the fourth. His 55 points after halftime tied Bryant for the most by any player over the past 25 seasons.

“I think I had a game like that once playing NBA2K, but I don’t think I shot that efficiently,” Mitchell joked of his video game skills. “But that was in a loss, so this feels that much better.”

Speaking of Mitchell’s video game proficiency, Brooklyn Nets guard Kyrie Irving had this to say when told that Mitchell had broken his previous Cavaliers record of 57 points, shared by Irving and LeBron James:

“Good. Records are meant to be broken,” he said. “I’m happy he did. What’s funny about it is … tell Don I shouted him out, but I was on Call of Duty a little bit before the game with Don. We were playing quads, and he was locked in, I could tell. He was locked in.”

Said James, now with the Lakers: “I haven’t seen the clips of the game yet, but obviously, the guy had to be on fire. … We play a game where a lot of guys always talk about getting buckets, you know? And some of the best guys who put the ball in the hole. And obviously, tonight, Donovan showed that he’s one of the best in our league to be able to put up … anytime you’re putting up 70s, 60s, 50s, 40s — you know you’re extremely, extremely gifted at what you do. That’s definitely something he’ll never forget, his family will never forget.”

Mitchell went 22-of-34 from the field and made 7 of 15 3-pointers in carrying the Cavaliers, who were without All-Star guard Darius Garland (right thumb sprain) and forward Evan Mobley (right ankle soreness) for the second straight game.

“We were treated tonight to one of the greatest performances in the history of the game. Every single play that he made was a play that was necessary. Donovan has never put himself above the team, so how can you not root for a guy like that? I told everyone else to get out of the way.”

He scored or assisted on 99 points, the second most in a game in NBA history and the most since Chamberlain’s 100-point game.

During his postgame news conference, Mitchell was almost in disbelief when told he joined the list of NBA legends to surpass 70 points.

Mitchell later tweeted a photo of himself surrounded by his Cavaliers teammates while holding a piece of paper with “71” written on it, a nod to the iconic Chamberlain photograph.

Mitchell entered the new year in an offensive funk, averaging 17.5 points over the previous four games while shooting 32.9% on 73 field goal attempts. He now ranks ninth in the NBA with a 28.0 scoring average.

“A lot of teams are sending a lot more bodies at him, and that’s on us to help him,” Bickerstaff said. “It’s on his teammates to recognize they have to make teams pay and make plays.”

ESPN’s Tim Bontemps and Dave McMenamin and The Associated Press contributed to this report.