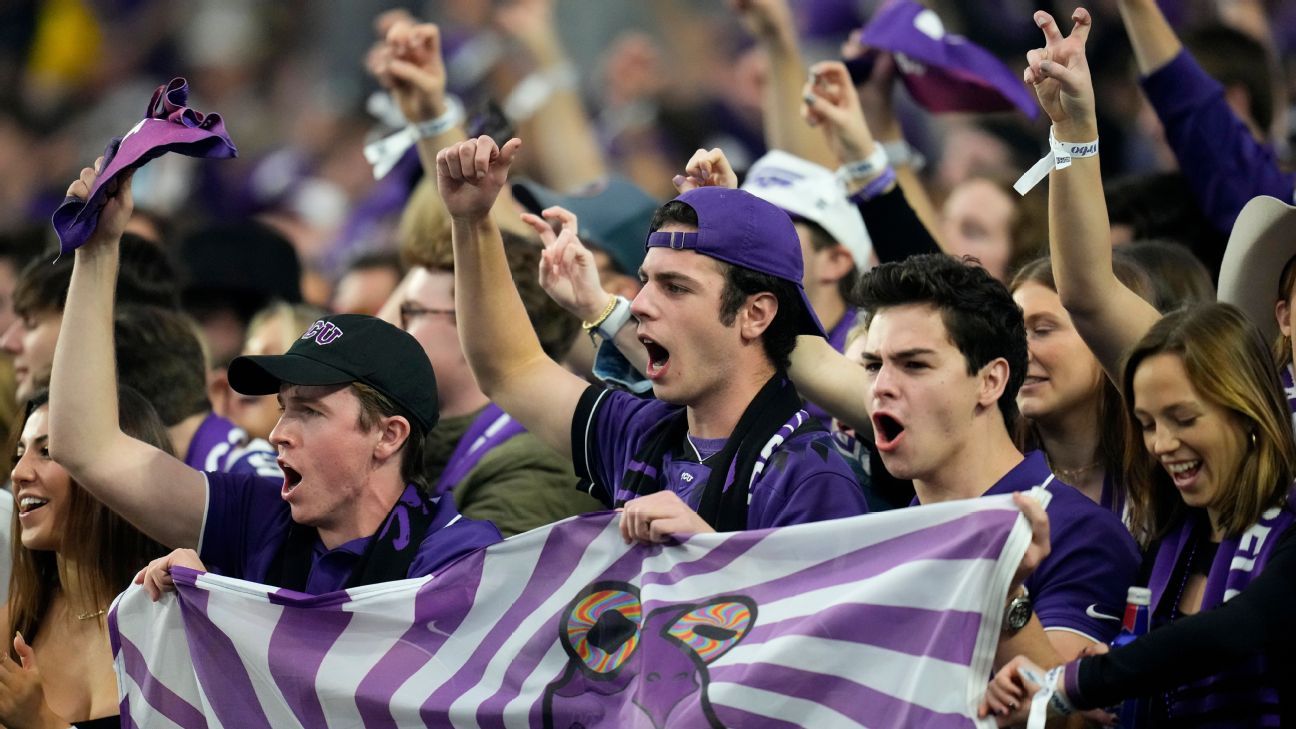 ATLANTA – As Ohio State kicker Noah Ruggles lined up to attempt the game-winning 50-yard field goal, midnight approached on the East Coast. As millions waited for the ball to drop and a new year to kick in, a rollicking day of college football hurtled toward a crescendo.

Georgia led Ohio State by one point, 42-41, and Kirby Smart called a time out to attempt to ice Ruggles. A din of fear, loathing and anticipation filled Mercedes-Benz Stadium, the perfect emotional cocktail for a semifinal day the sport had waited nearly a decade to unfold in such a manner.

College Football Playoff executive director Bill Hancock stood unassumingly near the goal line where Ohio State was attempting to kick. He declared victory before a victor had been decided. “What a great day for college football,” he beamed.

The first wire-to-wire riveting semifinal day the sport had seen came right as the current system is on the cusp of ending. It’s the second-to-last year of the current four-team format, as too many blowouts in the prior eight seasons had led, in part, to the sport expanding to a 12-team playoff starting in the 2024 season.

The four-team system was too predictable, and then along came two games that no one could have seen coming.

Ruggles shanked his field goal left, a knuckleball to sputter in the New Year. Georgia took a knee one time, and the game ended at 12:01 a.m., one of the great days in the recent history of the sport taking the span of two different years to complete. Fittingly, the drama couldn’t quite fit in one.

The missed field goal set off a wild Georgia celebration in the middle of the field, the final reminder of how riveting, excruciating and confounding college football can be.

On the outskirts of Phoenix, TCU swaggered in as a 7.5-point underdog earlier in the day and unleashed one of the most bedeviling upsets in the recent history of the sport. The No. 3 Horned Frogs never flinched, unfurling 51 points on a defense that allowed an average of 13.4 points per game this season.

In downtown Atlanta, No. 4 Ohio State appeared poised to clinch the game in the final minute of the third quarter until a game-changing hit by Georgia’s Javon Bullard prevented a touchdown and knocked star Ohio State wideout Marvin Harrison Jr. from the game. That hit changed the course of the night for Georgia, and could be the pivot point if it clinches back-to-back national titles.

The No. 1 Bulldogs will play No. 3 TCU for the national title, with Georgia looking to become just the sport’s first to win back-to-back titles in a decade, since Alabama last accomplished the double in 2012.

TCU will be in search of the program’s first national title since 1938, and they’ll invite anyone to assume they’re just SEC fodder. Just ask Michigan quarterback J.J. McCarthy, who cast them as Big Ten chum. Actually, you couldn’t, because he bolted from his press conference after one question in the wake of the loss, sounding a lot less lofty than in his pre-game predictions of Michigan pushing around TCU.

A day that began dreaming of the Big Ten having a pair of teams in the national title game ended with the league going empty handed. The league’s focus goes from the anticipatory euphoria of the conference’s first national title since 2014 to the leadership questions hovering over the league, with Commissioner Kevin Warren having interviewed to become the president of the Chicago Bears. It only took one minute into 2023 for the Big Ten’s issues to be ushered to the forefront.

Here in Atlanta, a pall of missed opportunity hung over the Ohio State locker room. Gene Smith walked out of the locker room, hugged Ryan Day’s wife, Nina, and ambled off into the night shaking his head in disbelief. Staffers muttered about the same hollow feeling that emerged back in 2019, when Ohio State squandered multiple opportunities to beat a Trevor Lawrence-led Clemson team.

The players and coaches dwelled on all the little things. The squandered effort of quarterback C.J. Stroud, who threw for 348 yards, four touchdowns and suddenly channeled his inner-Braxton Miller with a flurry of second-half scrambles. They bemoaned the squandered effort of the interior of Ohio State’s offensive line, which neutralized Jalen Carter.

They wondered what could have been different if not for Harrison’s absence as the offense went stagnant in the fourth quarter. There was, of course, the missed field goal that would have won the game. The overturned targeting call on the Harrison hit that would have given Ohio State a first-and-goal. The defensive collapse in the fourth quarter after battering Georgia’s offensive line to shut them out in the third quarter.

“There were a lot of plays you wish you had back as coaches and players,” OSU coach Ryan Day said. “That’s what happens in a game like this.”

The most searing what if — and likely the best coaching counter of the night — came when Ohio State appeared to have executed a fake punt in the fourth quarter. On a fourth-and-1 on its own 34-yard line, Ohio State sneaked two offensive linemen onto its punt team for the first time this season — guard Donovan Jackson and back-up Josh Fryar.

The Buckeyes were up 11 points, and tight end Mitch Rossi appeared to sprint toward a first down that would have given them the ball near midfield. A split second before the snap, Georgia coach Kirby Smart called a timeout. “It looked like a first down was going to be made,” Ohio State special teams coach Parker Fleming said. “They did a great job calling the timeout there.”

In the second half of the Michigan game, Ohio State had a similar play called, but the long snapper missed the call and, with it, a wide open lane for a first down that could have changed the game. The photos of the missed opportunity live in Twitter lore, and Fleming could only shake his head. “Different formation, a little different personnel,” he said. “Similar scenario, I guess.”

And that’s what happens with classic games. The stakes get so high, that the momentum shifts violently. And the loser can only dwell on all the things that could have been, as Stroud referenced a “heavy heart” leaving the field. “It’s a loss for words,” Stroud said, “when it comes down to one play.”

After a day of 179 total points, 2,016 total yards and infinite hairpin turns of momentum, midnight struck, and the whole sport was close to speechless. “That was special,” marveled UGA quarterback Stetson Bennett.

A day of semifinal games that had historically left viewers bored and unsatisfied, ended in dramatic fireworks. Finally, the drama matched the stakes, and the sport got a celebratory semifinal day that had long been overdue.