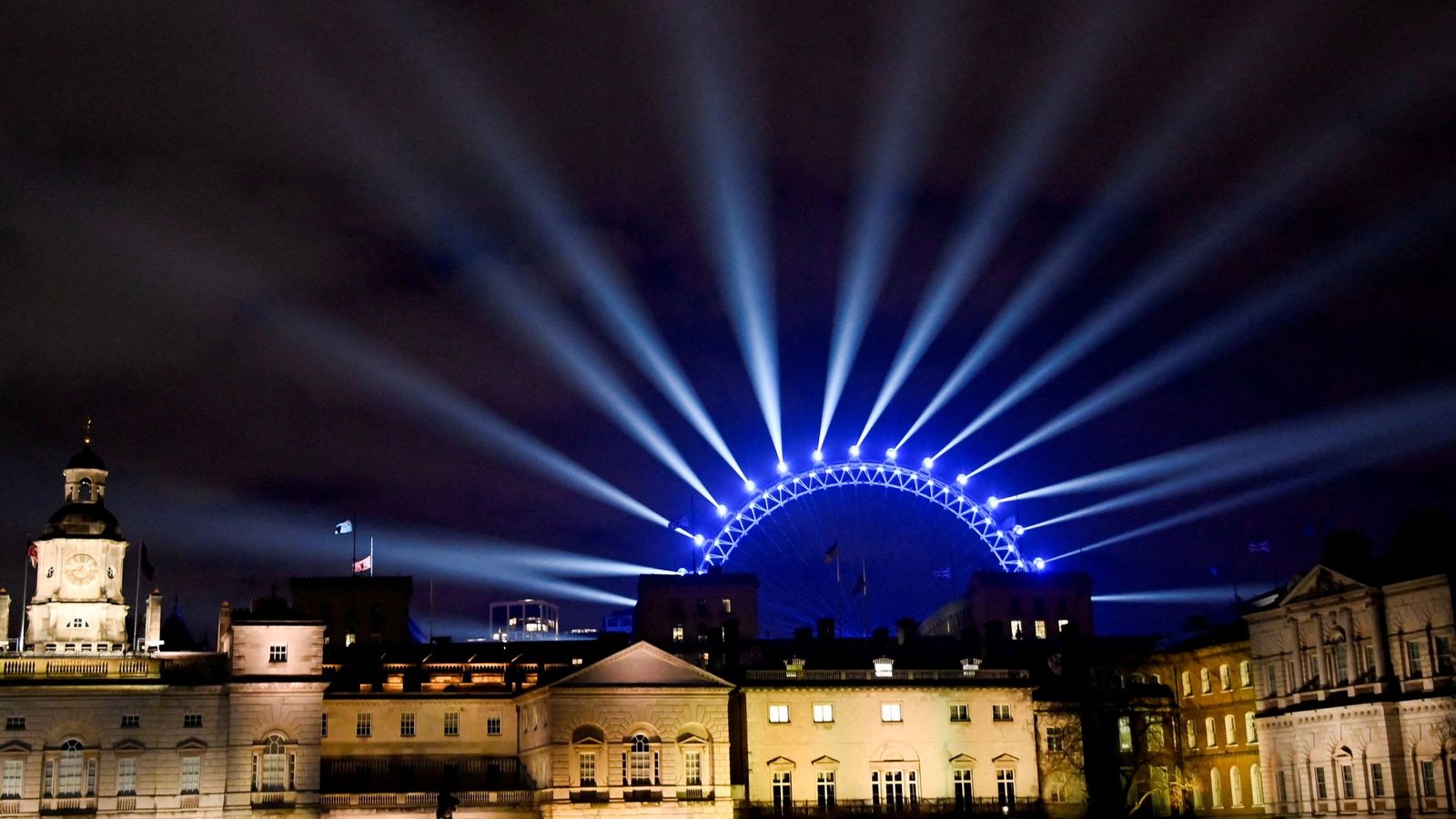 The major events which come define a year, or even a decade, are seldom predicted.

Nobody foresaw the 9/11 attacks on the US in 2001 which then swamped the leaderships of Tony Blair and George W Bush.

This time a year ago most experts doubted that Russia would go ahead with the vicious attack on Ukraine, which it then launched on 24 February.

Nor did finance ministers and the markets anticipate the cost of living crisis which the attack would precipitate and which would affect us all.

That does not mean it is a waste of time to look forward into 2023.

It is possible to identify dates and trends that will help shape the next 12 months.

Given that their economies are all enduring high prices, inflation and interest rates, it will be a relief to the political leaders of the G7 that no major, potentially government-ending, elections are due in France, Germany, Italy, Japan, Canada, the US or the UK in 2023.

The next reckoning with the voters in the US and the UK is set for 2024.

Next year the governing parties and their main opposition will be occupied trying to position themselves in the best possible position for victory.

January 2024 will see the formal start of the long race for the White House.

That means that 2023 will determine who the nominees are likely to be and whether Joe Biden and Donald Trump will be the contenders, in a rerun of 2020.

Both men have indicated that they intend to stand, even though Mr Trump would be 82 at the end of a second term and Mr Biden 86.

Mr Biden’s candidacy needs Mr Trump to be in the race.

In surveys he is the best placed Democrat to defeat Mr Trump, again, but he would lose to almost any other Republican.

Criminal charges over the 6 January 2021 insurrection could yet be added to the fraud prosecutions of his businesses in New York City, and the FBI investigation into the illegal removal of documents from the White House.

As Mr Trump’s hopes of re-election wane, the Republicans seem to be moving towards an open selection process – with Ron DeSantis, Mike Pompeo, Nikki Haley and Mike Pence among those expected to make their ambitions clear in the coming months.

Mr Biden would then come under intense pressure from Democrats to stand down, in the hope that a new candidate, who looks like a potential winner, can emerge.

Narrowly in control of the new 118th Congress, Republicans plan to launch investigations into the president and, especially, his errant son Hunter Biden.

But either or both the Republicans and Democrats could be ripped apart by bitter internal divisions.

In the UK, after three Conservative prime ministers in a single year, Rishi Sunak ought to feel secure in his job until the election, but that is not the way the Conservative Party has done things recently.

The Conservatives begin the year trailing Labour by an astounding 25 points in opinion polls.

If the Tories do badly in the local elections on 4 May, a move to unseat the prime minister is a live possibility.

In the equivalent contests four years ago a swing against the Tories, putting them even with Labour in national equivalent vote share, was the beginning of the end for Theresa May, forced out a matter of months later.

Now, as in 2019, Boris Johnson is signalling his availability to take over from the wings.

Elections for councils in Northern Ireland have been moved two weeks later, otherwise exhaustive vote counting would be taking place on Coronation Day.

There may well have been a fresh set of elections to the gridlocked assembly at Stormont.

The Westminster government has set 19 January as the deadline for cross community power-sharing to resume.

There is no sign that it will because the DUP is demanding the abandonment of the agreement with the EU concerning post-Brexit trade in Northern Ireland.

In the run up to the 25th anniversary of the Good Friday agreement in April there will be an intense international focus on how Mr Sunak’s government handles this difficult stand-off between the UK and the EU.

He has feted President Emmanuel Macron of France on a state visit while Prime Minister Sunak has yet to visit the White House.

European Union solidarity will also be celebrated on 22 January when France and Germany mark the 60th anniversary of their Elysee treaty, which formally welded the axis which has driven the EU ever since.

The European project will deepen further at the start of the year when recent EU joiner Croatia becomes part of the eurozone currency and the Schengen freedom of movement area.

Elsewhere in the Balkans, tensions are mounting again between Kosovo and Serbia.

Elections are due in both Turkey and Greece this summer.

The increasingly autocratic Prime Minister Recep Tayyip Erdogan is fighting to extend his 20 years in office, against a resurgent opposition.

Read more from Adam Boulton:
The glimmers of hope and reasons to be cheerful as 2022 ends
There’s cold comfort for the homeless this Christmas amid the economic crisis

Meanwhile Kyriakos Mitsotakis is on course to stay in power, but with diminished control in parliament.

He could yet dramatically boost his popularity by securing the return to Athens of the Elgin Marbles, now more properly referred to as the Parthenon Statues.

Under the chairmanship of George Osborne the British Museum is warming on a deal. That in turn would leave Mr Sunak with a headache since full restitution would require an act of parliament.

On 1 January, Lula da Silva will be inaugurated as Brazil’s new president. The left-winger has pledged to reverse his predecessor Jair Bolsonaro’s environmentally destructive policies.

Presidents and prime ministers come and go, but the UK has not had a change in head of state, or a coronation, for over 70 years.

There will be a double bank holiday around the crowning on 6 May.

King Charles plans a “slimmed down” ceremony lasting one hour.

Nobody knows whether the Duke and Duchess of Sussex will attend.

Prince Harry is due to polish his grievances further with the publication of a new memoir, Spare, early in 2023.

Entertainment highlights in 2023 include the FIFA Women’s World Cup in Australia and New Zealand in July.

The tournament is set to consolidate the huge surge in interest in the women’s game, with high hopes for the England team.

Soccer fan Sir Keir Starmer will cheer them on, even as he and the Labour Party struggle to define what a woman is due to the trans rights controversy.

Liverpool has stepped in to host the Eurovision Song Contest in May, in place of this year’s winner, war-torn Ukraine.

Whatever stage that conflict has reached by then, it will inevitably be a bitter-sweet occasion.

The annual meeting of the G7 will also be a poignant reminder of the horrors of war.

The Japanese hosts are holding the summit in Hiroshima, the city on which the first atomic bomb was dropped in 1945.

We cannot foresee the epoch-defining shocks of the future but moving forward into the new year also involves reflecting on the hard lessons from the past.

Hear what coroner said about determining Lisa Marie Presley’s cause of death
Chiefs punch fifth straight AFC championship ticket with win over Jaguars
Blow to Putin as both Germany and US confirm they will send tanks to Ukraine
How much does an A&E visit cost and what is the average NHS salary? Here are the numbers
Chevron announces $75 billion stock buyback, dividend boost