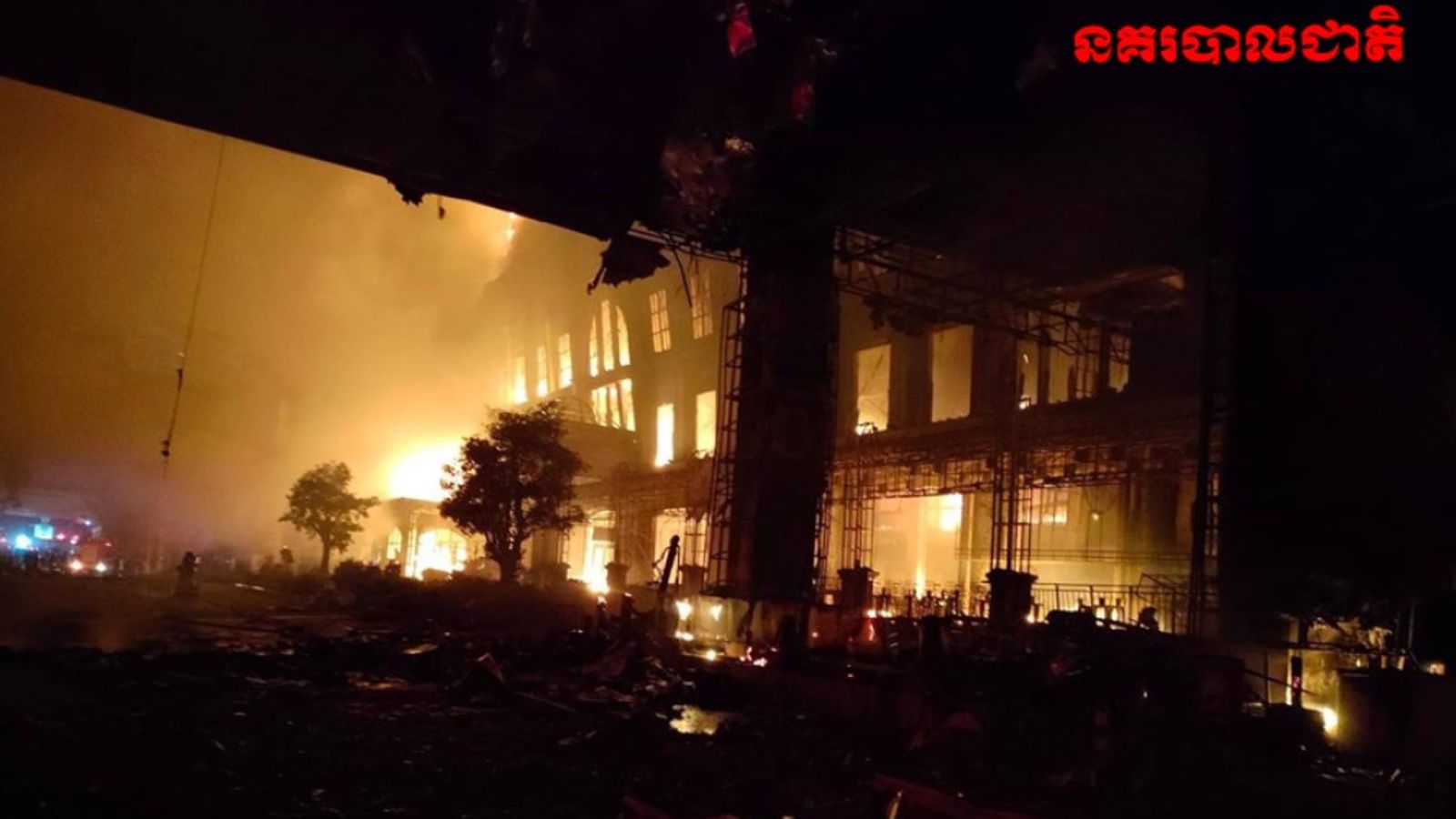 At least seven people are dead and dozens injured in a fire at a casino and hotel in western Cambodia.

The fire at the Grand Diamond City Casino in the city of Poipet, started at about midnight on Wednesday, the General Commissariat of National Police said.

Just after 4am UK time (11am local time), police said the fire had been extinguished.

Parinya Phothisat, the governor of Thailand’s Sa Kaeo province said that one of those killed was a Thai national and 32 Thais were being treated in hospital.

Fifty-three people are injured and eight are missing.

Footage on social media showed guests hanging out of windows or trapped inside the building and city governor Keat Hol said firefighters and other emergency workers were trying to rescue people.

John Sagun works at the Holiday Palace Hotel, which is behind the Grand Diamond City Casino.

He told Sky News that he had initially thought his own hotel was on fire but was told by a colleague that it was, instead, the Grand Diamond.

He said the fire appeared to have started in the casino kitchen area.

“At around 2-3am my boss told me to evacuate our staff and then I left the office to see what had happened.

“When I was outside, I was shocked to see it burning.”

Mr Sagun said that the Grand Diamond had a sky bar called G360 on the 17th floor where around 40 or 50 people were trapped.

He also said that at least two people had died after trying to jump to safety from the burning building.

Cambodian authorities had requested help from Thailand, according to Thai PBS, which said five fire trucks and 10 rescue vans had been sent across the border.

Poipet is a city in Banteay Meanchey Province in western Cambodia, which sits opposite the more wealthy Thai city of Aranyaprathet, and the two places are centres for cross-border trade and tourism.

Cost of living: Vulnerable people find every action has a ‘price tag’
Two dead and 12 injured in multi-vehicle crash on M40
Microsoft users hit with global cloud outage that impacted products like Teams and Outlook
Who’s trending up and who’s falling this week in golf?
What a 12-hour paramedic shift is really like