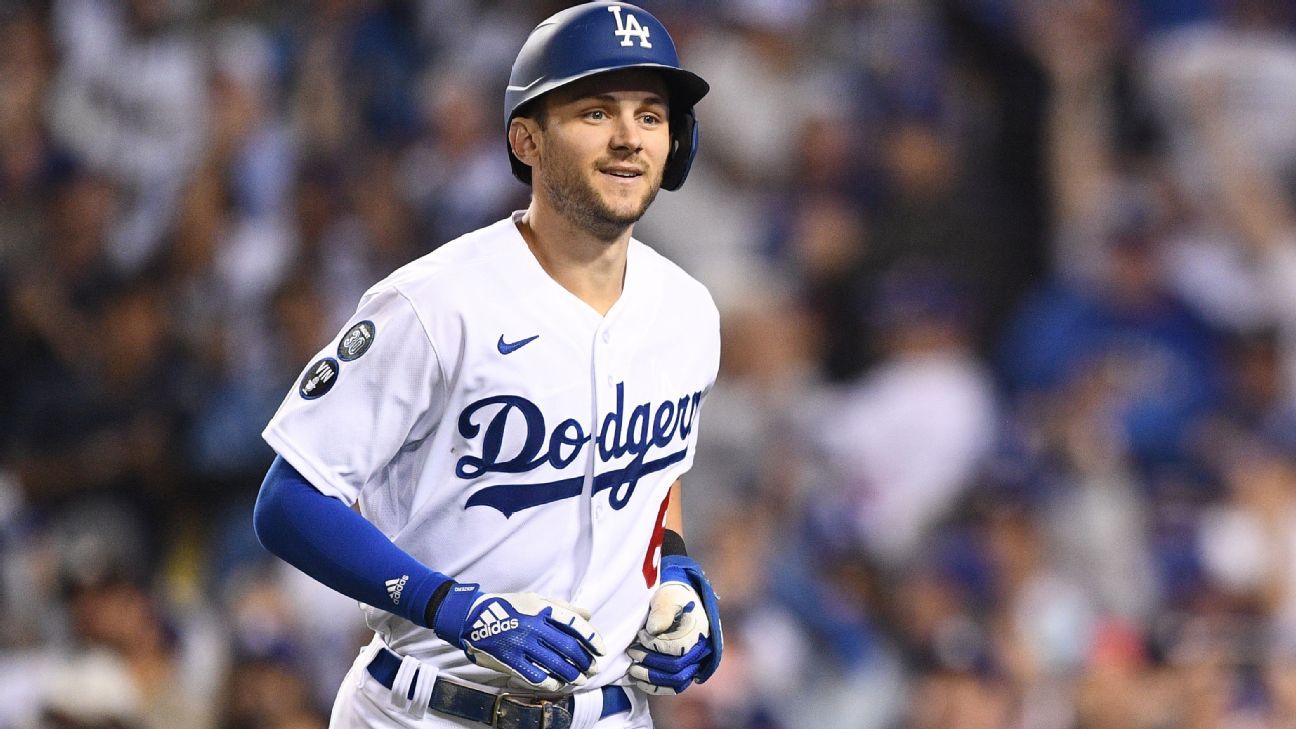 SAN DIEGO — Monday morning at baseball’s winter meetings … such a sleepy time with the cool breeze blowing in off the bay and rustling the palm trees ever so slightly.

Not so much. As colleague David Schoenfield put it: The old-school winter meetings are back!

On the morning of the first full day in San Diego, we’ve already had two industry-rattling signings, with Trea Turner landing a massive $300 million commitment from the Philadelphia Phillies just after Justin Verlander matched the record average annual value of a contract by reaching an agreement with the New York Mets.

And Aaron Judge, Carlos Correa, Xander Bogaerts are among those still out there …

The four-headed class of elite shortstops available this winter has generated a lot of deserved buzz — with each of Turner, Correa, Bogaerts and Dansby Swanson tickling the whisper mill from day to day. It turns out that Turner is the first domino to fall and with this contract, the gauntlet has been thrown down for Correa and the rest.

While $300 million is a number that makes one’s eyes pop, the average annual value on this deal ($27.3 million) is considerably lower than the $34 million projected by ESPN’s Kiley McDaniel, who predicted an eight-year, $272 million deal. Because Turner turns 30 next season, the 11-year duration of the deal is pretty surprising.

Or perhaps it’s not. It could be that the Phillies saw this longer commitment for the lower AAV as a way to manage their tax thresholds over the next nine years, during which they will have both Bryce Harper and Turner on the ledger with deals totaling $300 or more. In other words, while we can say that Turner might have a hard time justifying a $27.3 million outlay for what will be his age-38 to -40 seasons, the Phillies might not be worried about that.

What they are hoping is that Turner can produce $300 million in total value during the beginning and middle phases of the deal, while massaging the tax lines so that they can still fill out contending roster around the two high earners, whose contracts are pretty similar in structure, with duration favored over maximum annual value.

It’s going to be a tightrope act over the next couple of years with J.T. Realmuto, Kyle Schwarber, Nick Castellanos and Zack Wheeler all slated to earn $20 million or more, and Aaron Nola entering a walk season.

How much will Judge, Correa, Turner and others get paid this winter? Kiley McDaniel breaks down this year’s free agent class.

Still, the bottom line is that the Phillies have Trea Turner in the fold for over a decade now, and for Philly fans, that’s undeniably a good thing. (And a painful thing for Nationals fans who will now see both Harper and Turner bludgeoning their team on a regular basis for at least the next nine years.) This assumes of course that Turner lives up to the commitment, and he’s shown plenty of reasons to think that he’s up to the task.

Turner’s consistency, adaptability and penchant for self-improvement are the qualities you want to see when making this kind of commitment. His elite athleticism is a huge mark in his favor, as athletic players tend to hold their value longer than more lumbering types. A couple of reasons for this include being able to slide down the defensive spectrum successfully and also that such players often compensate for declining speed by adding power.

Turner’s power figures were down a bit in 2022 and it’s imperative that he get back on track. However, he’s a career .300 hitter and perennial contender for the batting title. But he’s not a high-walk player and if too many of those hits become singles as he ages, then it will be more difficult for him to hold value. For now, his high-contact, high-average game will balance out a lineup that features Rhys Hoskins, Castellanos and Schwarber. And as for that dip in slugging, there’s really nothing under the hood that makes you think it’s an emerging trend rather than a blip.

Need to know what to make of the moves that shape the offseason? We’ve got you covered.

So let’s cease worrying and imagine an eventual order of Turner, Harper, Realmuto, Castellanos, Schwarber, Hoskins, Alec Bohm, Bryson Stott and Brandon Marsh. That’s as good as it gets.

Still, Turner offers plenty beyond what he does at the plate. He can play every day as a middle infielder with a plus glove and has all the attributes you’d want if eventually he needs to slide out to center field, a la Robin Yount, to play out there every day. He’s also a great baserunner and base stealer.

As for that base stealing, if that skill becomes more prominently featured in the brand of baseball that emerges amid next season’s rule changes, the Phillies will really be in good shape.

The Phillies still need to add depth and build out their bullpen and go about the other mundane tasks of the baseball offseason. But the team that just finished two wins shy of a title just landed one of the gems of the free-agent market.

Suffice to say, it’s a good time to be a Phillies fan.