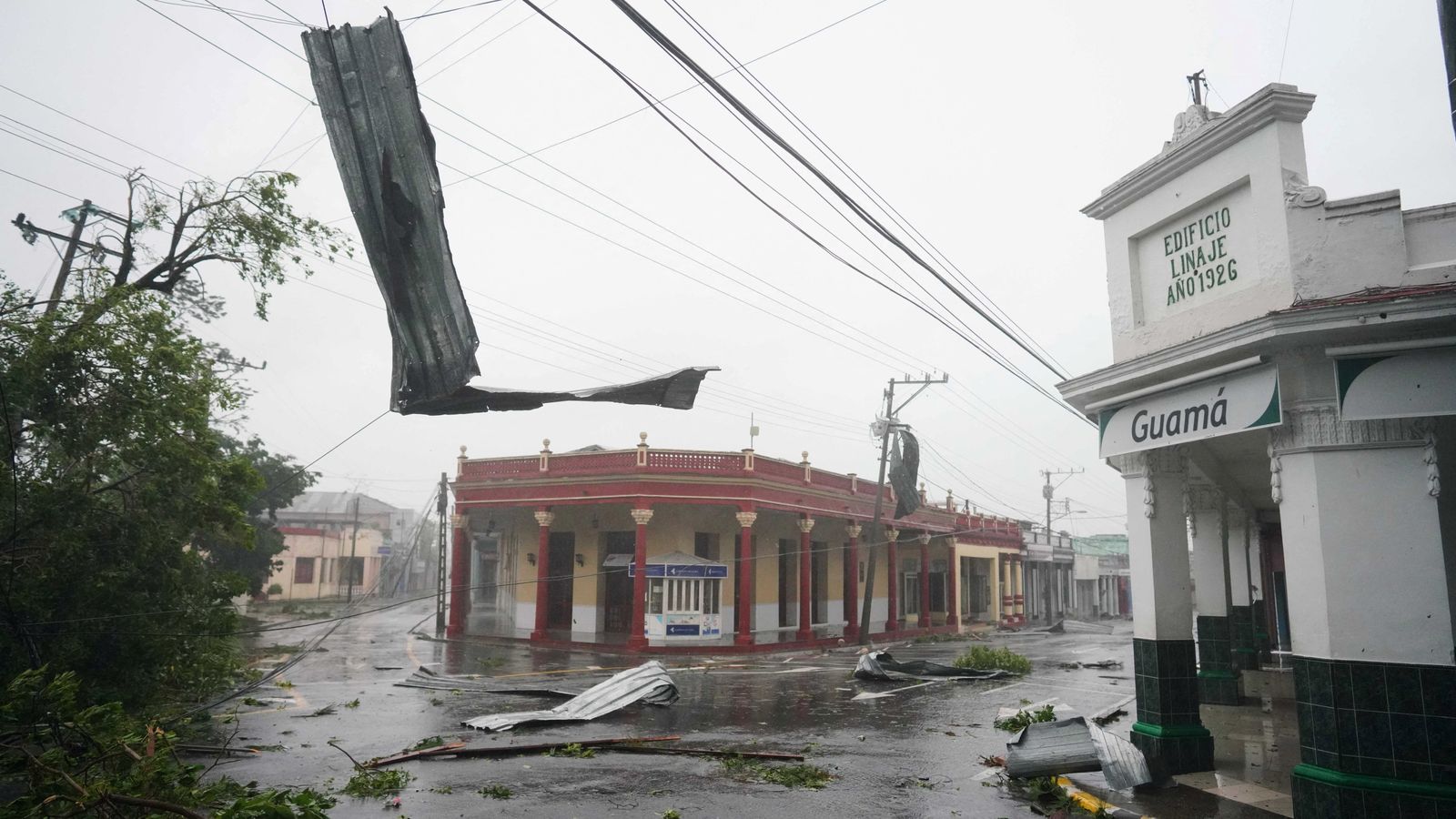 Residents and holidaymakers in Florida have been warned not to be complacent, as storm-in-a-century Hurricane Ian’s 140mph winds are expected to affect the whole state.

After making landfall in Cuba as a powerful Category 3 storm, it is now feared it will be upgraded to Category 4 as it intensifies while crossing the Gulf’s warm waters and barrels towards Florida.

More than one million people have been left without power in Cuba after the hurricane battered the west of the Island.

At an emergency briefing at the White House on Tuesday, Deanne Criswell, spokeswoman for the Federal Emergency Management Agency (Fema), said: “The storm surge is going to be significant, and you put 20 inches of rain on top of that….

“Take this very seriously, do not underestimate the potential this storm can bring.

“We are talking about impacts in parts of Florida that haven’t seen a major direct impact in nearly 100 years.”

Evacuation orders have been issued for more than 300,000 people in Tampa Bay along Florida’s west coast, but the entire state is expected to be impacted to some degree, with 2.5 million evacuated from homes in total.

Ian is heading towards the Florida Keys, a popular holiday destination, made up of many islands, some less than a mile wide.

Joe Biden, the US president, cancelled a planned trip on Tuesday and called mayors in three Florida cities to assure them federal support is ready to deploy food, fuel and shelter.

A total of 29 emergency shelters have already been set up by Fema personnel sent to the state on Monday.

Read more:
Hurricane Ian: ‘This is no joke’
Florida emergency declared with Ian set to strengthen 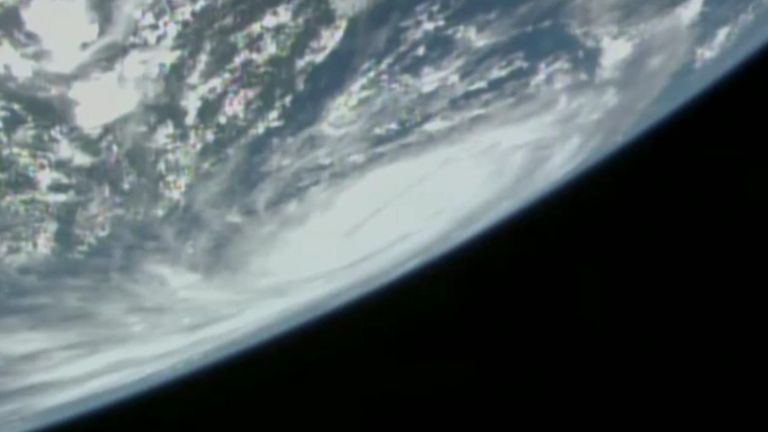 Hurricane Ian as seen from space

The US National Hurricane Centre said the storm made landfall early on Tuesday in the Cuban province of Pinar del Rio.

Officials there set up 55 shelters, rushed in emergency personnel, and took steps to protect crops in Cuba’s main tobacco-growing region.

Ron DeSantis, the governor of Florida, has declared a state of emergency throughout the state and urged residents to prepare.

He warned of “broad impacts throughout the state” and said the weather system brought with it a risk of a “dangerous storm surge, heavy rainfall, flash flooding, strong winds, hazardous sea, and isolated tornadic activity”.

Flooding is predicted for much of the Florida peninsula midweek, and then heavy rainfall is possible for the southeast of the US later this week.

In some parts of Florida, supermarket shelves have been emptied and many residents have placed sandbags around their homes.

The last time Tampa Bay, expected to be in the eye of Ian, was hit by a major storm was 25 October 1921.

The National Hurricane Centre is predicting storm surge in Tampa Bay and surrounding waters of between 5ft and 10ft (1.5m and 3m) above normal tide conditions because of Hurricane Ian.

“That’s a lot of rain. That’s not going to drain out quickly,” Cathie Perkins, emergency management director in Pinellas County, where St Petersburg and Clearwater are, said.

“This is no joke. This is life-threatening storm surge.”

The extreme weather event sparked NASA to shelter its Artemis 1 lunar rocket, the third time it has been postponed.

While BP and Chevron have shut down their offshore oil platforms in the Gulf of Mexico due to the expected hurricane.

The British embassy in Washington DC advised Britons to “closely monitor local and international weather updates and follow the advice of local authorities and/or your tour operator, including any evacuation orders”.