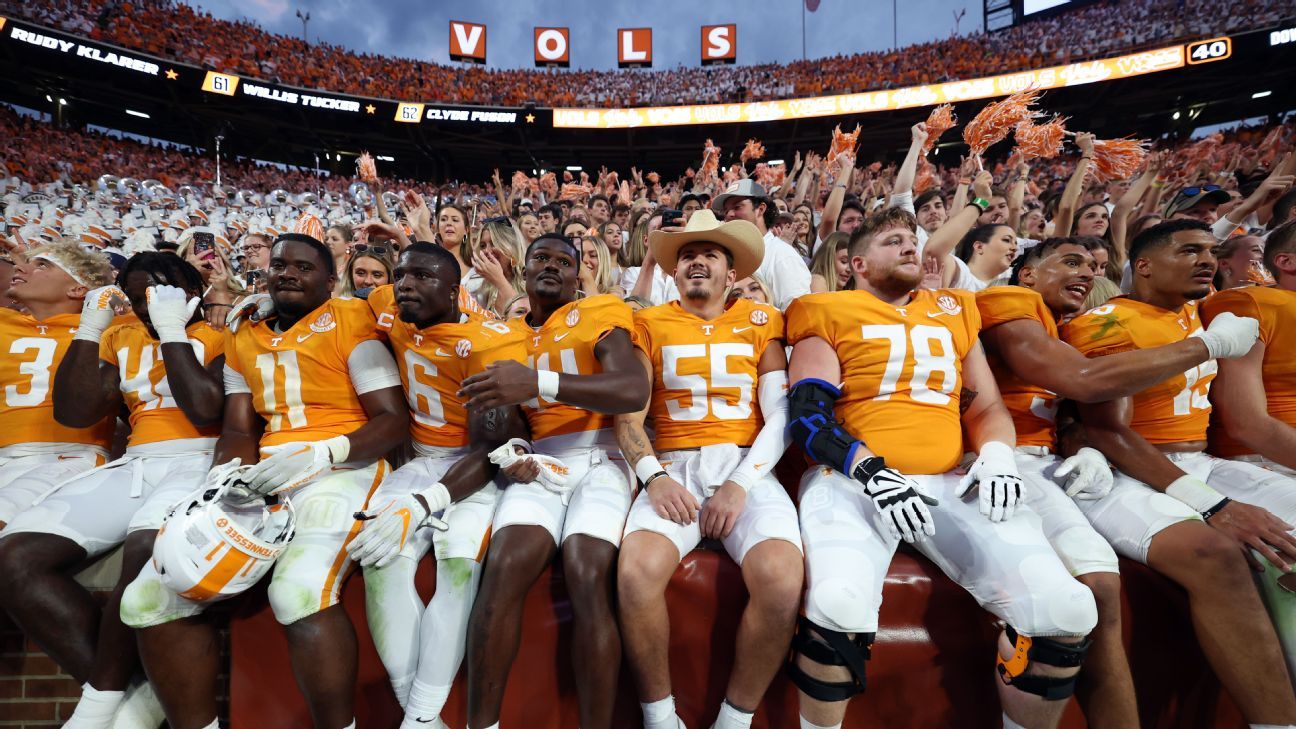 Tennessee and NC State broke into the top 10 of The Associated Press college football poll Sunday, and Florida State is back in the rankings for the first time in four years.

Oklahoma‘s upset loss to Kansas State created room for teams to move up, including USC to No. 6 and Kentucky to No. 7.

Tennessee moved up three spots to No. 8, its best ranking since 2006 and first top-10 appearance since a few weeks at ninth in the first half of 2016. That was the last time the Volunteers started 4-0. They also knocked Florida out of the rankings by snapping a five-game losing streak in the rivalry.

Texas and Miami both dropped out of the rankings after being beaten by unranked teams to fall to 2-2. The Longhorns blew a 14-point second-half lead and lost in overtime at Texas Tech, while Miami, which started the season at No. 16, was upended by a four-touchdown underdog in Middle Tennessee.

While the Hurricanes and Gators slipped out, No. 23 Florida State (4-0) moved in. The Seminoles are off to their best start since 2015 and in the AP Top 25 for the first time since beginning the 2018 season No. 19, snapping a streak of 69 polls unranked.

Florida State’s poll drought was remarkable considering how the Seminoles have been a Top 25 staple since the late 1970s.

Before the current drought, Florida State had not gone consecutive seasons without being ranked for at least one poll since 1976-77, which was the late Bobby Bowden’s first season as coach.

Two other teams are making their Top 25 debuts this week:

– No. 21 Minnesota enters the rankings after crushing Michigan State on the road. The Gophers are ranked for the first time since a short stay in 2020.

– No. 25 Kansas State upset a top-10-ranked Oklahoma team for the third time in the past four seasons. The Wildcats have been briefly ranked in each of the past three seasons, but never more than three weeks.

No. 9 Oklahoma State at No. 16 Baylor. The Cowboys and Bears played twice as ranked teams last season.

Gove waters down house building target after Tory MP backlash
Refugee shot trying to reach Europe
Cramer talks about some hot industrial stocks, and how we’re playing Wall Street’s pivot from tech
Sam Bankman-Fried could face years in prison over FTX’s $32 billion meltdown — if the U.S. ever gets around to arresting him
Starmer to pledge ‘biggest ever’ transfer of power as report outlines sweeping reform plans