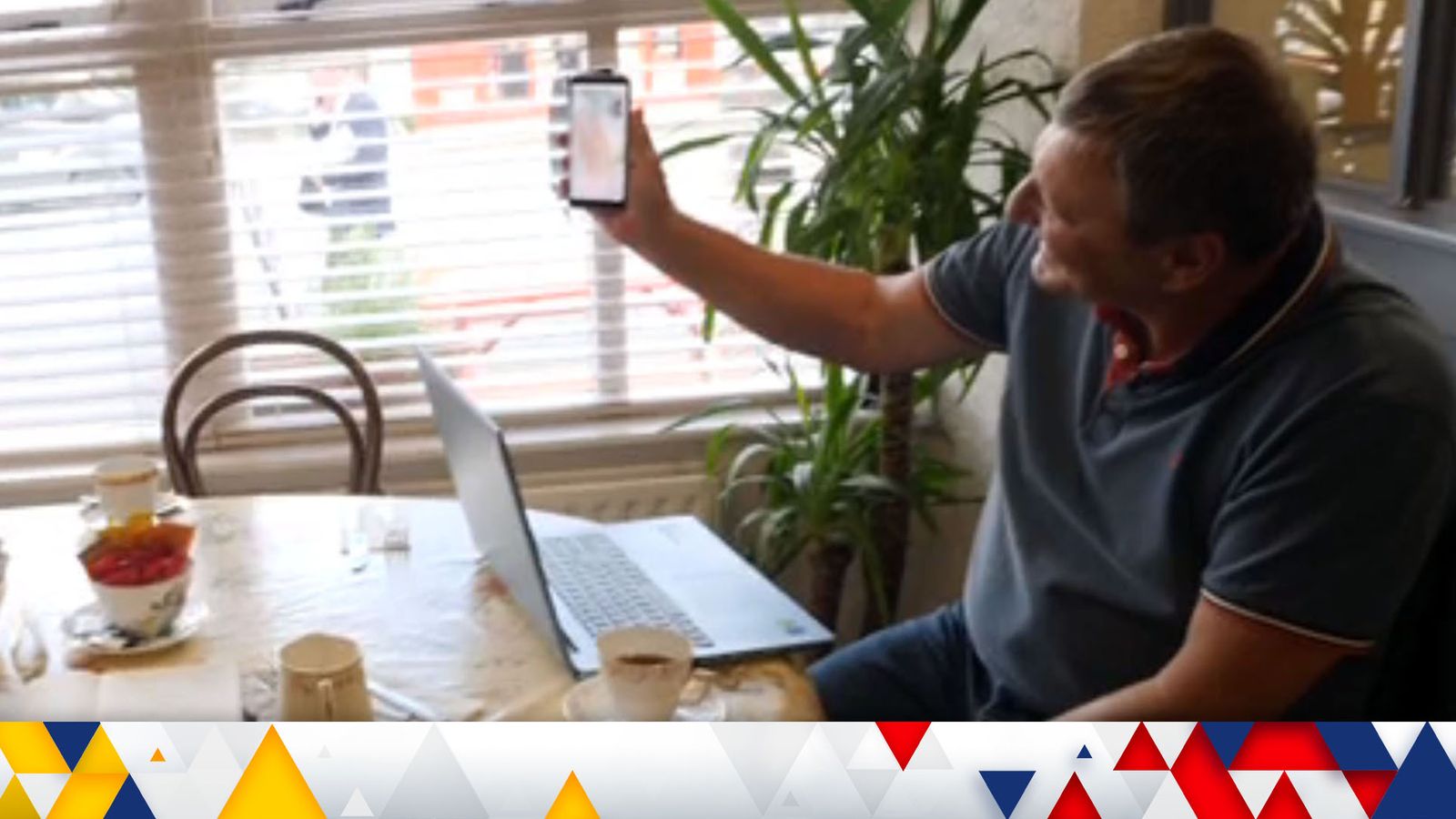 If there is a way out of the war in Ukraine, Professor Igor Serdyuk and his wife Tatyana, have probably found it.

They now live as refugees in a peaceful market town in rural Ireland.

Their home city, in the Kherson region, was taken by the Russians on the first day of the invasion but for the first couple of months the professor still did his job.

Ukraine war live: Zelenskyy urges Russian troops to surrender: ‘What are you fighting for?’

As the director of No 14 Vocational and Technical School in Nova Kakhovka, the 59-year-old ran a large high school for some 500 students.

But in early June the Russian occupiers told him to start teaching the Russian curriculum. When he refused, they threw him in jail.

“Children need to feel like they’re still in Ukraine, that we haven’t abandoned them, that they live there,” he said.

Seized with emotion, Professor Serdyuk was unable to speak.

We met the educator in a community called Millstreet in Country Cork. They’ve been living in an equestrian centre, converted into accommodation for 300 refugees by the Irish government.

But the state of Nova Kakhovka’s college, with its students and teachers, is always in their thoughts as Ukrainian forces try to win back the Kherson region.

The Ukrainian curriculum has been outlawed in the city and those who teach it, do so at great risk.

“I just talked to (our staff),” said Professor Serdyuk.

“They’re having searches there, looking for teachers, because the Russians want to enslave our country completely. It’s hard, hard for the teachers and hard for the kids.”

The facility has been badly damaged. The windows have been smashed and some classrooms have been destroyed.

But the professor is still running it from a tearoom in Millstreet, close to the equestrian centre where he lives. 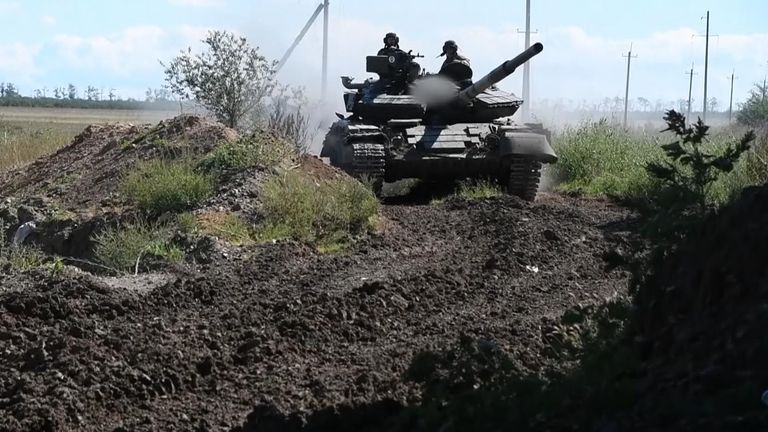 Ukraine pushing to take back Kherson

Hiding teaching material from the Russians

He uses computer programmes such as Google Classroom to assign staff and organise lessons but direct contact is tricky.

We watched him as he tried to speak to a student in the cookery programme.

“Hello, hello,” he said, furiously tapping at his phone. “A question, a question,” he continued when the 16-year-old replied.

“Is there fighting, is there shooting right now?” the professor replied.

“Yes, I can hear fighting. There is shooting, there are hits.”

“Are you going to study?” he asked.

His student sent us a video as she did her assignment.

She cannot use the college facilities so worked up a dish at home. We have kept her identity hidden as the college now operates in secret. 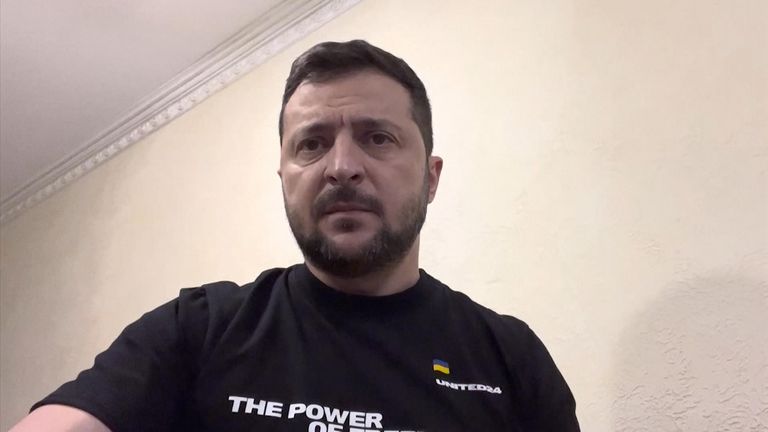 Professor Serdyuk was given two weeks in prison when he refused to cooperate with Russian administrators.

They released him when he agreed to take a Russian passport – but the 59-year-old used the document to flee.

He says he’ll return when the enemy is defeated.

“We hid most of the teaching material. We hid all the basic documents, too. They’re still there,” he said. “The Russians are trying to find them. But the documents are in the right place.”

Igor Serdyuk laughed at this as he thought of the future.

He told us he was supposed to retire this year but a long spell of relaxation is something that will simply have to wait.

Peter Kay in tears as he gets standing ovation at start of comeback gig
Woman dies after ‘rogue wave’ hits cruise ship
White House weighs future release of emergency heating, crude oil reserves as winter nears
Why Silicon Valley is so hot on nuclear energy and what it means for the industry
CNN reporter gets near the lava flow of Mauna Loa volcano