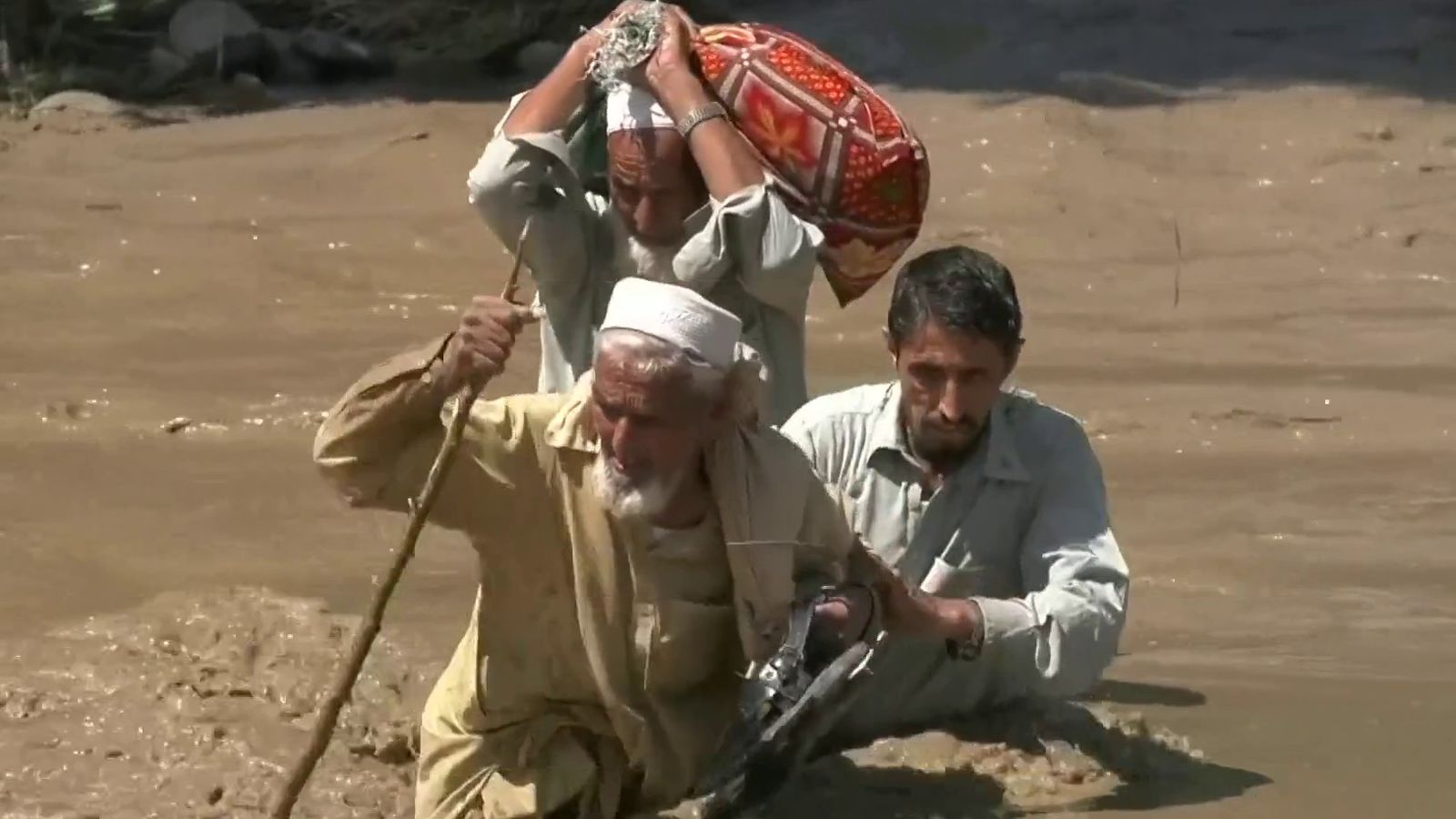 The devastating floods in Pakistan are “probably the worst in the country’s history”, according to its prime minister, as the UN appeals for $160m (£136m) in emergency funding to help the nation.

The floods have affected more than 33 million people, or one in seven Pakistanis.

More than 1,150 have been killed, including over 300 children, and millions displaced by heavy monsoon rains in the past two and a half months.

All four of Pakistan’s provinces have been affected and prime minister Shehbaz Sharif said he had been to three – Sindh, Balochistan and Khyber Pakhtunkhwa – to see the devastation for himself.

Mr Sharif said nearly one million livestock had been lost, crops were washed away, and his government was considering importing wheat to avoid any shortage of food.

He said that any inadvertent delay by the international community in helping victims “will be devastating for the people of Pakistan”.

Around half a million of those displaced are living in organised camps, while others have had to find their own shelter.

“Pakistan is awash in suffering,” UN Secretary-General Antonio Guterres said in a video message for the launch of the appeal.

“The Pakistani people are facing a monsoon on steroids… people’s hopes and dreams have washed away.”

Pakistani authorities, supported by the military, rescuers and volunteers, have been battling the aftermath of the floods.

Although rainfall stopped three days ago and floodwater in some areas has receded, large areas remain underwater.

Rescue workers were evacuating stranded people to safer ground, including makeshift tent camps that have sprung up along motorways, villages, and towns.

According to initial estimates by the government, the devastation has caused $10m (£8.5m) of damage to the economy, however, the planning minister, Ahsan Iqbal, said this was a preliminary estimate and that the actual cost will be “far greater”. 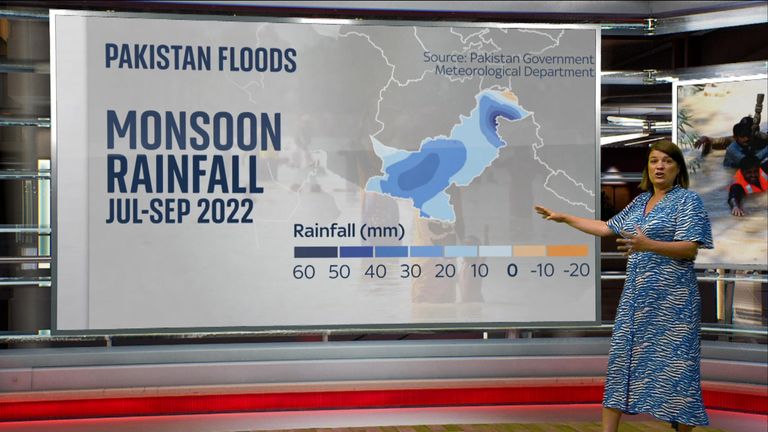 Why is Pakistan flooding?

More than $1bn in aid released

On Monday, the International Monetary Fund’s executive board approved the release of $1.17bn (£1bn), as part of a bailout accord the IMF and Pakistan signed in 2019.

But the release of a $1.17bn tranche had been put on hold this year after the IMF raised concerns about Pakistan’s compliance with the deal’s terms under Imran Khan’s government. 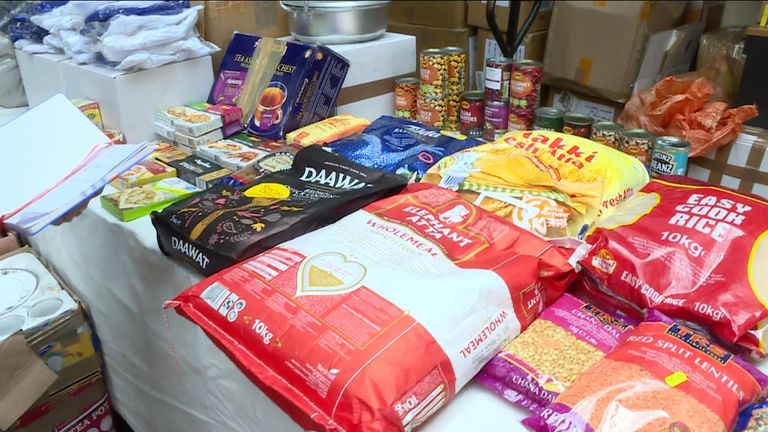 Last week, the UN allocated $3m (£2.5m) for aid agencies and their partners to respond to the floods, with the money used for health, nutrition, food security, water, and sanitation services.

While monsoons are common at this time of year in the region, they hit earlier than usual in Pakistan, according to officials.

Why are these floods particularly devastating?

Pakistan is used to monsoon rains and flooding, Ms Rehman said, but not like this.

The flooding has the hallmarks of a natural disaster fuelled by climate change.

“This year, Pakistan has received the highest rainfall in at least three decades. So far this year the rain is running at more than 780% above average levels,” said Abid Qaiyum Suleri, executive director of the Sustainable Development Policy Institute and a member of Pakistan’s Climate Change Council.

“Extreme weather patterns are turning more frequent in the region, and Pakistan is not an exception.”

Read more:
Why Pakistan is at ‘ground zero’ of the climate crisis
Pictures reveal devastating impact of Pakistan’s floods
Queen and PM send messages to Pakistan

Pakistan saw similar flooding and devastation in 2010 that killed nearly 2,000 people, but the government did not implement plans to prevent future flooding by preventing construction and homes in flood-prone areas and river beds, said Mr Suleri.

Floods and monsoon rains have damaged one million houses and affected 33 million people and reflects how poorer nations can often pay the price for climate change largely caused by more industrialised nations.

According to the National Disaster Management Authority, at least 498,000 people in the country of 220 million are in relief camps after being displaced.

Many more displaced victims are believed to be living with relatives, friends, or out in the open, without shelter.

Pakistan started receiving international aid this week, and more planes carrying aid from Turkey and the United Arab Emirates landed at an airport near Islamabad on Tuesday, according to a statement released by the military.

It said Chinese planes carrying aid were due to arrive later on Tuesday and 6,500 Pakistani military personnel had been deployed to help authorities in rescue and relief operations.