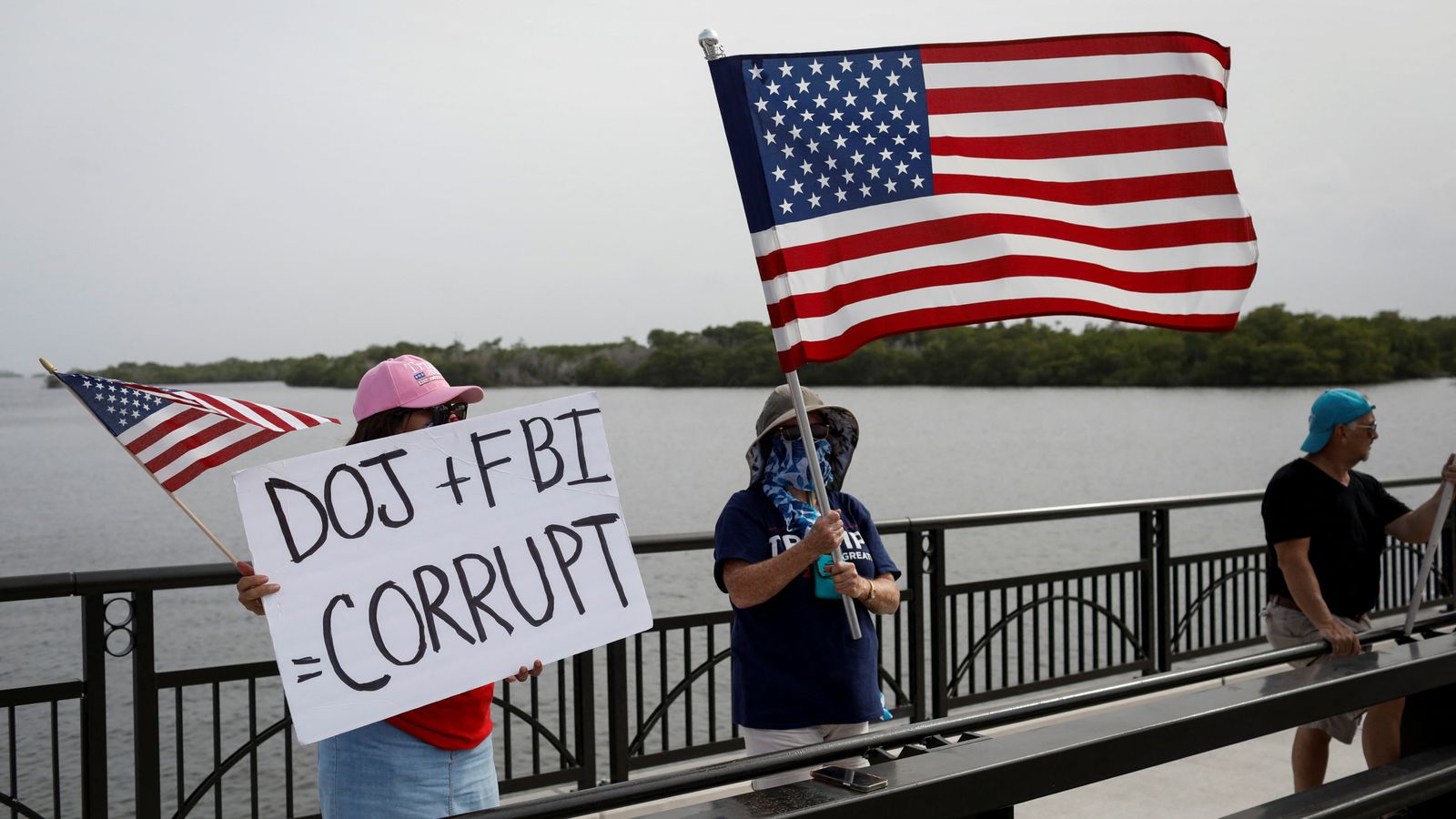 The anger of Donald Trump’s supporters over the FBI raid on the former president’s home shows no sign of abating with his spokesman saying it would “make a third-world dictator blush”.

Taylor Budowich, who is director of communications for the “Save America and Donald J Trump” campaign, said Monday’s raid at the Mar-a-Largo home was “brazen,” and “not just unprecedented, it was completely unnecessary”.

He said Mr Trump and his representatives have gone to “painstaking lengths in communicating and cooperating with the appropriate agencies,” adding: “These disgusting actions by Joe Biden‘s administration would make a third-world dictator blush.”

His comments come as another of Mr Trump’s aides, Scott Perry, says his mobile phone was seized by FBI agents with a search warrant on Tuesday.

The full circumstances surrounding the seizure were unclear, but the Republican said three agents visited him while he was travelling with his family and “seized my cell phone”.

Former senior Justice Department officials have testified at the inquiry into the 6 January riots at the US Capitol building that Mr Perry had “an important role” in Mr Trump’s effort to try to install Jeffrey Clark – a top Justice official who was pushing Mr Trump’s baseless claims of election fraud – as the acting attorney general.

The US Justice Department has, so far, remained silent about the FBI’s search of Mr Trump’s home, which Kristy Parker, a former federal prosecutor, said meant they were carrying out a “by-the-book process”.

She said: “Their job is to conduct investigations in accordance with the law and to not prejudice the rights of the people they are investigating while they do it.

“What we are seeing is a by-the-book process, and that is a good sign that we have an independent Department of Justice.”

The search of Mr Trump’s Mar-a-Lago estate is part of an investigation into whether he took classified records from the White House to his Florida residence.

The Justice Department and Attorney General Merrick Garland have said nothing about the search, not even confirming that federal agents were at Mr Trump’s property. Former prosecutor, Randall Eliason, said to carry out such a search was “such an enormous, unprecedented thing…that I am confident they wouldn’t do it unless they felt they had a pretty compelling reason.

“They are not going to do this for some nickel-or-dime case involving a guest list from a state dinner that got improperly removed from the White House,” he added.

Why are they investigating Mr Trump?

After Donald Trump’s presidency ended in January last year, officials found he had taken 15 boxes from the White House to his Florida home.

An investigation was launched by the National Archives and Records Administration (NARA), the independent US government body charged with preserving government and historical records.

After demanding he return the boxes, the NARA discovered in January this year they contained government documents, including ones “marked as classified national security information”, as well as gifts, letters and mementos.

The NARA then referred the case to the US Justice Department to probe whether Mr Trump’s unauthorised handling of the documents amounted to a violation of federal law.

Some of the documents in the boxes are subject to the Presidential Records Act.

Passed by Congress in the wake of the 1972 Watergate Scandal, it dictates presidential documents are not the then-president’s property and should be handed over to the NARA when they leave office to be made public 12 years later.

The Watergate scandal was a major political scandal in the United States involving the administration of President Richard Nixon following a break-in to the Democratic National Committee headquarters and a subsequent investigation which revealed multiple abuses of power.