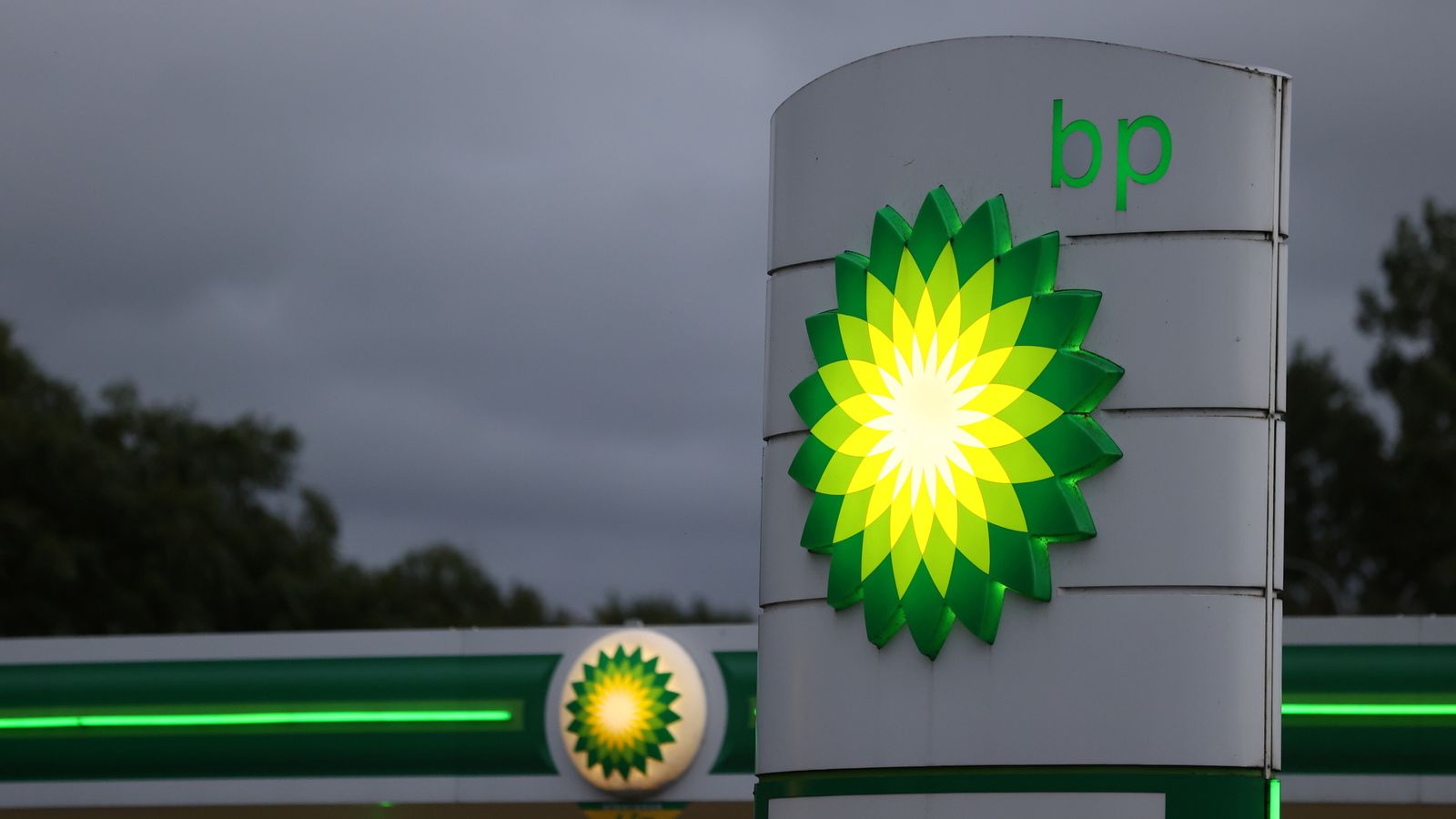 BP has reported a second-quarter profit of £6.9bn ($8.45bn) – its highest in 14 years – at a time when consumer fuel prices have been at record highs.

BP’s underlying replacement cost profit, the company’s definition of net earnings, was the strongest since 2008 and far exceeded analysts’ expectations of £5.6bn ($6.8bn).

The oil and gas giant increased its dividend by 10% to 6.006 cents per share – more than its previous guidance of a 4% annual increase.

But it did take a £19.9bn ($24.4bn) hit after ditching its near-20% stake in Russian oil producer Rosneft in response to the Ukraine war.

“Our people have continued to work hard throughout the quarter helping to solve the energy trilemma – secure, affordable and lower carbon energy.

“We do this by providing the oil and gas the world needs today – while at the same time, investing to accelerate the energy transition.”

But it comes as UK households face a rapidly-worsening cost of living crisis, with rising wholesale energy prices being a major factor.

It also comes days after record profits were reported by rival Shell, as well as the two largest US oil companies – Exxon Mobil and Chevron.

The record cash flowing into energy companies has reignited calls for a tougher windfall tax on additional profits on oil and gas, the prices of which have soared as Russia invaded Ukraine and threatened to cut off gas supplies to Europe.

Why are gas bills so high?

“Labour argued for months for a windfall tax on these companies to help bring bills down, but when the Tories finally u-turned they decided to hand billions of pounds back to producers in tax breaks. That is totally wrong.

“It’s clear people need greater protection from rising bills. That’s why Labour would use this money now to help people get through the winter.

Read more:
Everything you need to know about windfall tax
Asda cuts petrol and diesel prices to ‘help motorists save money’
Nine tips to reduce how much petrol or diesel you use

“But we can’t carry on like this. Labour would bring down energy bills for good with a green energy sprint for home-grown power, and a 10-year warm homes plan to cut bills for 19 million cold, draughty homes.”

‘Laughing all the way to the bank’

Doug Parr, chief scientist for Greenpeace UK, said: “While households are being plunged into poverty with knock-on-impacts for the whole economy, fossil fuel companies are laughing all the way to the bank. The government is failing the UK and the climate in its hour of need.

“This could unlock billions of pounds to alleviate household bills and fund a nationwide roll-out of home insulation which would keep bills low for good and get our UK fossil gas use under control.”

CATL announces giant new 100 GWh battery plant in Hungary
Crypto criminals laundered $540 million by using a service called RenBridge, new report shows
All London children aged one to nine to be offered polio vaccine after more virus found in sewers
Ethereum just pulled off its final test run ahead of one of the most important events in crypto
How to pick the best MacBook so you’re not overspending for what you don’t need