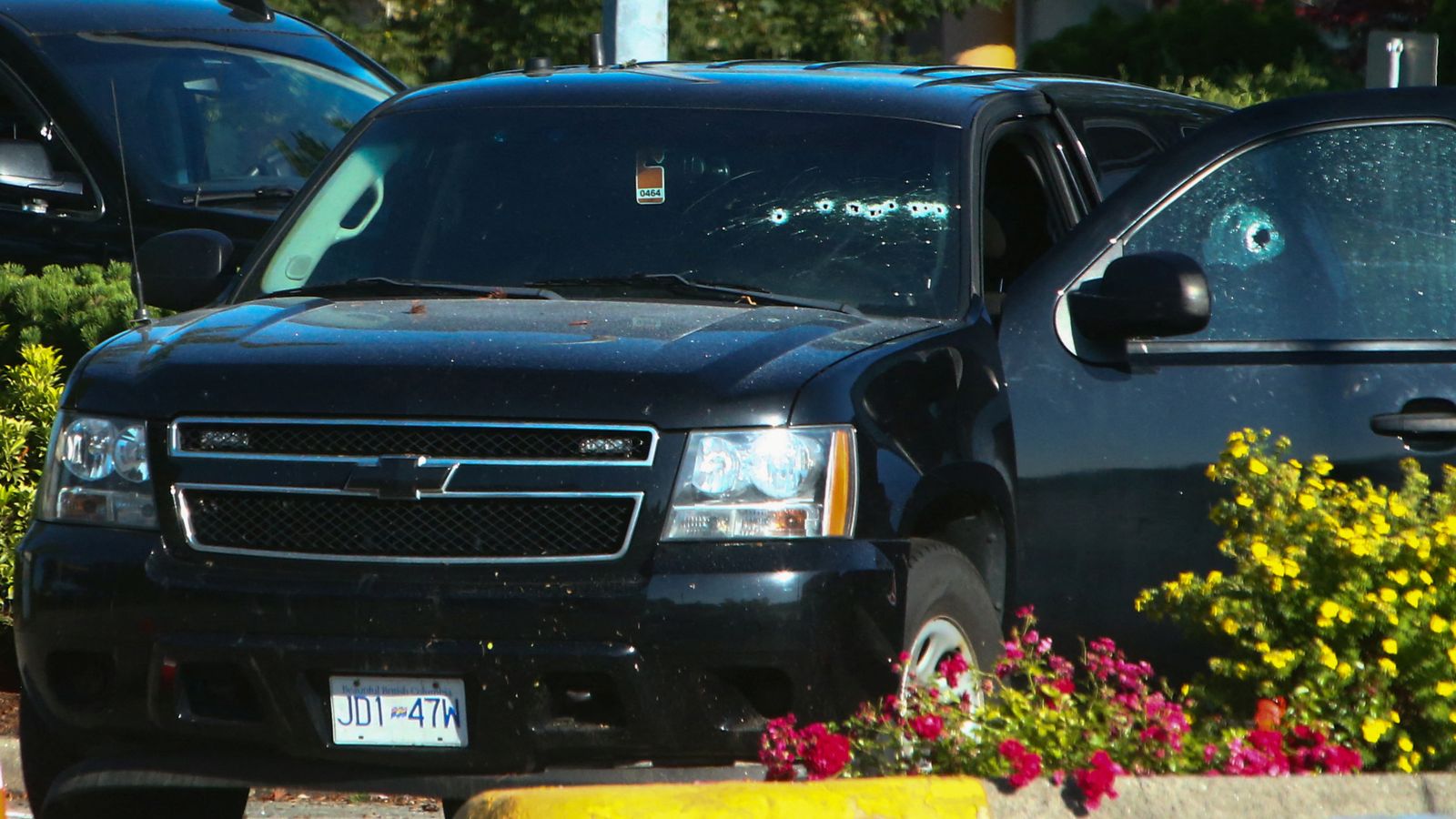 Three people, including the suspected gunman, have been killed after a series of shootings in a suburb of Vancouver, Canadian police say.

Most of the attacks were in the city of Langley, while another reported shooting was in neighbouring Langley Township.

A total of four people were shot, reportedly including a woman who was left in a critical condition.

Members of the public were urged to stay away from a number of areas, including a casino car park and a bus stop.

Police said they responded to “multiple reports of shots fired with several victims and several different scenes throughout the city of Langley, and one scene in the township of Langley”.

Earlier, it was announced a man was in custody following the attacks.

In an alert sent to local residents, officers said the suspect was described as a white man wearing overalls and a camouflage T-shirt.

The Globe and Mail reported that yellow police tape surrounded a sandwich shop and a car park in Langley at the scene of one of the shootings.

A black tent, believed to be for forensic work, was set up over one of the crime scenes.

Nearby, the windscreen and driver’s window of an unmarked black police SUV was riddled with bullet holes near a shop at the Langley Centre.

A white car was next to the forensic tent a short distance from the black SUV.

Nearby, orange cones surrounded a blue sleeping bag and a bicycle, while a pair of shoes and a piece of clothing were taped off in the middle of the street.