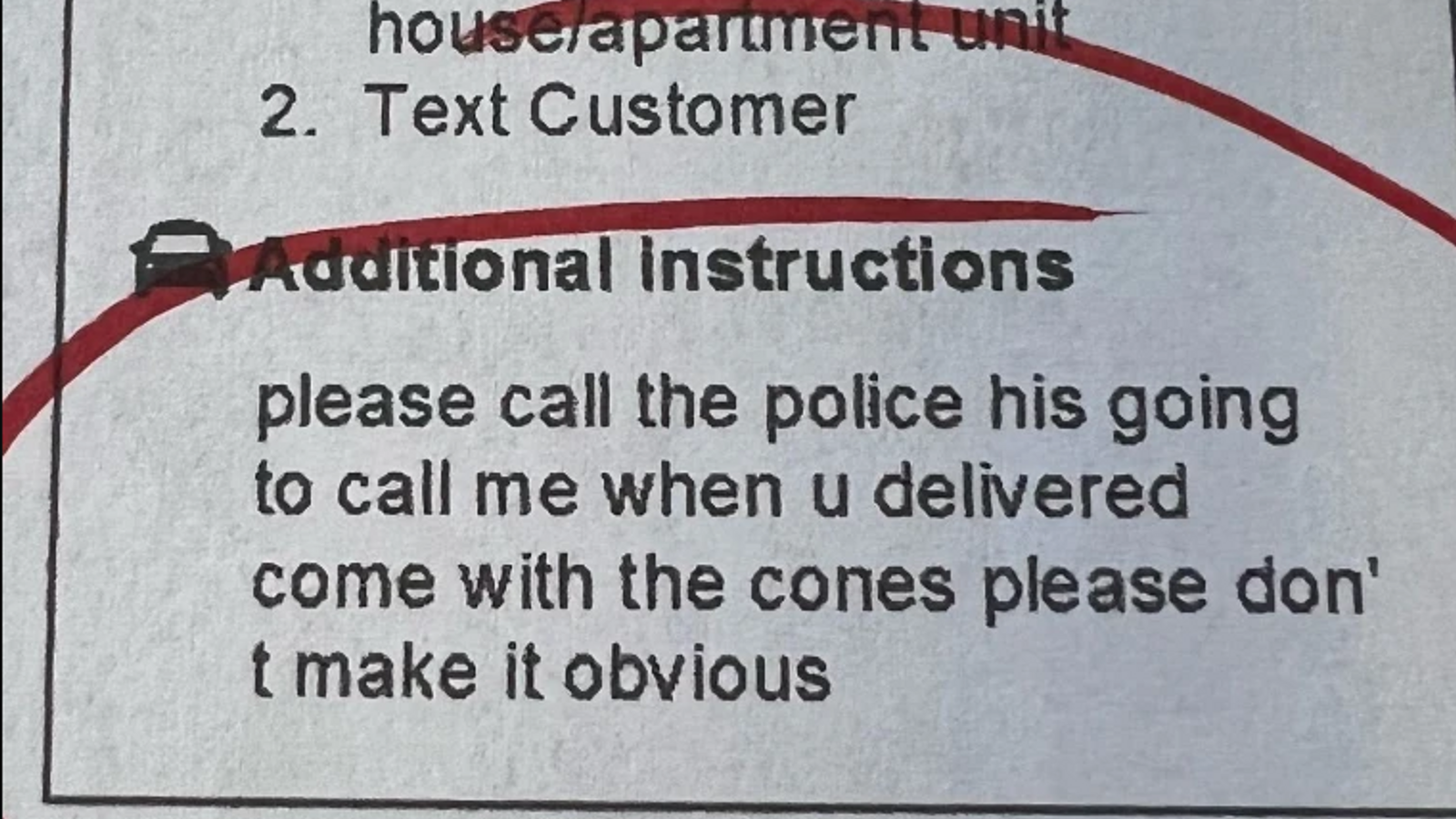 A woman was rescued from a “five-hour hostage situation” after including a note saying “please call the police” with a takeaway order.

Staff at a restaurant in New York state say they raised the alarm when they received a worrying request through delivery app Grubhub, NBC reports.

In the additional instructions portion of her order, she wrote: “Please call the police his going to call me when u delivered come with the cones please don’t make it obvious.”

Workers at The Chipper Truck Cafe in Yonkers responded immediately and called the police, they said in a Facebook post.

“This morning around 5am a girl was saved from a five-hour hostage situation,” the post said.

“I’ve often heard of this happening but never thought it would happen to us. Thankfully we were open and able to help her.”

The New York City Police Department said officers responded to the scene at the address in the Bronx at about 6.20am on Sunday.

Alicia Bermejo, 20, whose parents own The Chipper Truck, said she arrived at the store after the incident.

Two women, one in her 40s and one in her 20s, fielded the note and called Ms Bermejo’s father for guidance because the message was somewhat “incoherent.”

He told them to cancel the order – a cheeseburger and an Irish breakfast sandwich – and call the police instead.

“That was the best thing for her,” Ms Bermejo said of the victim. “The police ended up showing up instead of a delivery driver.”

She added that The Chipper Truck is known as something of a neighbourhood watch due to its 24-hour opening and long-standing position in the community.

“This added a new level and new meaning to that,” she said, but added: “I don’t think any of us ever expected anything like this.”