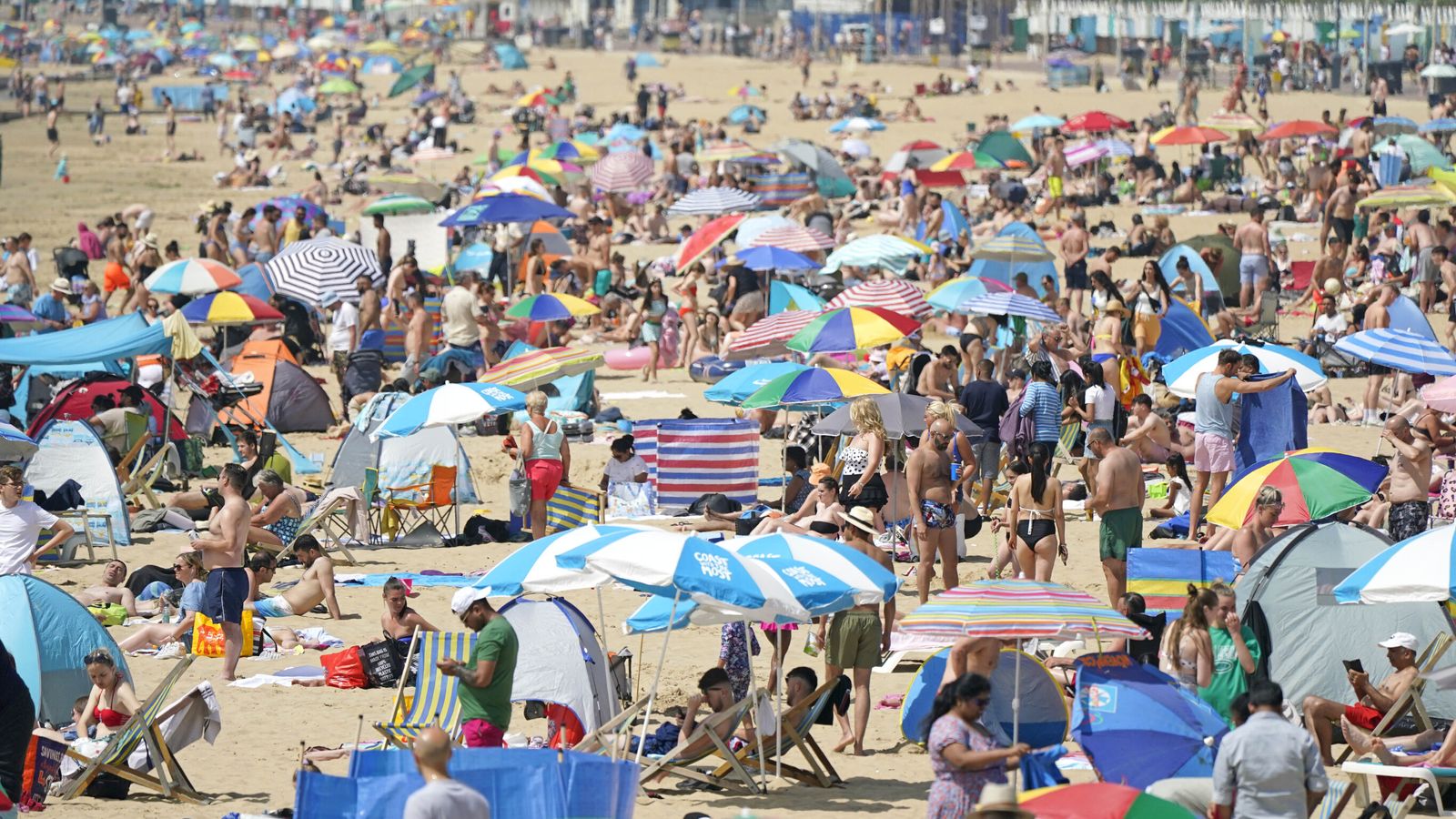 The UK has had its hottest day of the year for the third day in a row.

A high of 30.3C (86.5F) has been recorded at Heathrow, with the temperature expected to climb later on.

That beat the peak on Thursday when 29.5C (85.1F) was recorded at Northolt in west London.

In Santon Downham, Suffolk, the temperature at 12pm was recorded at 29.4C (84.9F), while at the Cambridge National Institute of Agricultural Botany the temperature was 28.2C (84.2F).

Weather experts expect the temperature to continue to climb, with 34C (93.2F) forecast in some parts.

On Thursday, the UK Health Security Agency and the Met Office issued a level 3 heat health alert for London, the east of England and the southeast.

Click here to see the weather forecast in your area

How are you enjoying (or coping with) the weather? Send us your images and we’ll feature them on our website. Don’t forget to include your name and location.

That followed the level 2 alert issued on Tuesday.

A heatwave can be declared when the temperature is above a certain threshold (28C in London) for three consecutive days.

While England and Wales will bask in the heat on Friday, it will be cooler in Northern Ireland and Scotland, which will both have rain.

Britons have been flocking in their thousands to parks and beaches during the warm spell, partly driven by hot air from Spain and Portugal.

Both countries have had temperatures of 40C (104F).

Friday will bring no let-up for most of the UK, for the first time in its history Royal Ascot will allow men to remove their ties.

Men attending the prestigious event are nearly always expected to wear full morning suits – with top hats, waistcoats and ties – but a spokesman said: “Racegoers will be expected to arrive compliant but can remove jackets and ties as the day goes on due to the high temperatures.”

Some have attributed the extreme heat to climate change.

Temperatures will be cooler over the weekend, with rain and thunderstorm forecast on Sunday.