The Home Secretary and Mayor of London have clashed over the sudden departure of Dame Cressida Dick as Metropolitan Police Commissioner last night.

Dame Cressida dramatically quit her position on Thursday evening after losing the support of the mayor over her plan to reform the Met following numerous scandals.

The home secretary had been braced for the London mayor to withdraw support in the next 3-4 weeks, Sky News understands, which the government understood would have made Dame Cressida’s position “unsustainable”.

It is understood the police chief was called to a meeting with the mayor at 4.30pm on Thursday over the reforms but declined to attend and offered her resignation instead, catching the Home Office by surprise.

Meanwhile, the Met has sought to reassure the public that its current investigation into alleged lockdown-busting parties held at Downing Street and across Whitehall will not be affected by Dame Cressida’s exit. 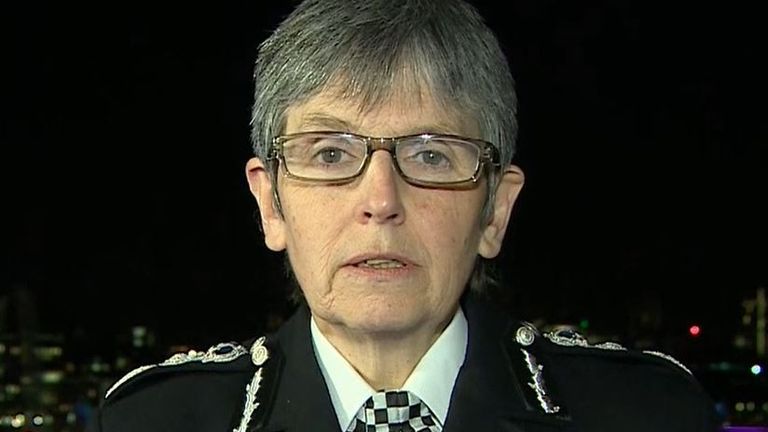 ‘No choice but to step aside’ Cressida Dick resigns

The force, which was heavily criticised for an apparent hesitation to launch a probe into the alleged parties, said the investigation continues as normal and remains under the control of Commander Catherine Roper.

Speaking to Sky News on Friday morning, Transport minister Robert Courts reiterated that the probe into lockdown-breaching parties will “not be affected” by the Met chief’s departure.

“It is a bit of a shame that the relationship has broken down between Cressida Dick and the mayor in the way that it has,” the transport minister said.

Mr Courts added that the home secretary will be recommending a replacement for Dame Cressida to the Queen “over the course of the next few days and weeks”.

He continued: “Police are very used to handling matters where there are different parties involved. They are totally independent and I have absolute confidence in their ability to operationally carry out an investigation. 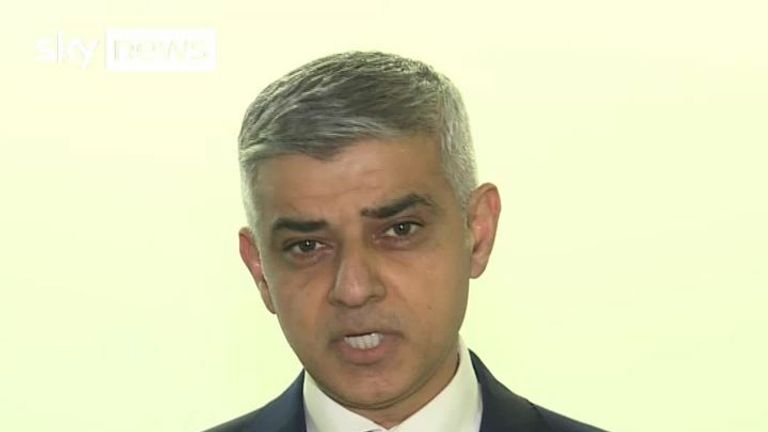 It is understood that Mr Khan did not inform the home secretary of his intention to request a meeting with the commissioner, causing an increase in tensions between the pair.

Ms Patel was not impressed by this and thought it was “rude and unprofessional”, the PA news agency quotes one Home Office source as saying.

Sky News understands the home secretary had expected the mayor to withdraw his support of Dame Cressida in three to four weeks.

The home secretary will oversee the appointment of the new commissioner although the process requires her to consult Mr Khan when appointing Dame Cressida’s successor.

Mr Khan said he would be working “closely” with Ms Patel over the matter.

The mayor said his entire trust in the Met hinged on Dame Cressida coming up with a robust plan for dealing with the behaviour.

But he said he was “not satisfied” with the commissioner’s response and in a statement on Thursday evening, said: “On being informed of this, Dame Cressida Dick has said she will be standing aside.

“It’s clear that the only way to start to deliver the scale of the change required is to have new leadership right at the top of the Metropolitan Police.”

Speaking to Sky News, shadow international development secretary Nick Thomas-Symonds said: “I think the mayor of London made a judgement that I do support.”

Dame Cressida had ‘no choice’ over resignation

Dame Cressida said she felt she had “no choice” but it was “with great sadness” she was stepping down.

“It is clear that the mayor no longer has sufficient confidence in my leadership to continue,” she said.

“He has left me no choice but to step aside as commissioner of the Metropolitan Police Service.”

Dame Cressida added that she knew “the murder of Sarah Everard and many other awful cases” have recently “damaged confidence in this fantastic police service”.

The Met plagued by series of scandals

The Met commissioner has faced a series of scandals during her time leading Britain’s biggest police force – most recently concerning violently racist, misogynist and homophobic messages exchanged by officers based at Charing Cross police station that were published by a watchdog.

Following the announcement, Prime Minister Boris Johnson thanked her for “protecting the public and making our streets safer”.

Ms Patel also paid tribute to the outgoing commissioner, adding: “She would be the first to say that she has held the role during challenging times; yet for nearly five years she has undertaken her duties with a steadfast dedication to protecting our capital city and its people, including during the unprecedented period of the pandemic.” Campaign group Reclaim These Streets, which is bringing a legal challenge against the force over its handling of a Sarah Everard vigil, simply tweeted: “Good Riddance.”

Earlier this week, Scotland Yard revealed officers working on the ongoing investigation into 12 events, which has been named Operation Hillman, would this week start asking for the accounts of more than 50 attendees.

The news came just hours after a fresh photo emerged of the prime minister at a Christmas quiz in Number 10.

Mr Johnson is expected to be among the individuals who will, by the end of the week, start receiving legal questionnaires from officers working on Operation Hillman.

On Thursday, Downing Street confirmed the prime minister had not yet been contacted by police.