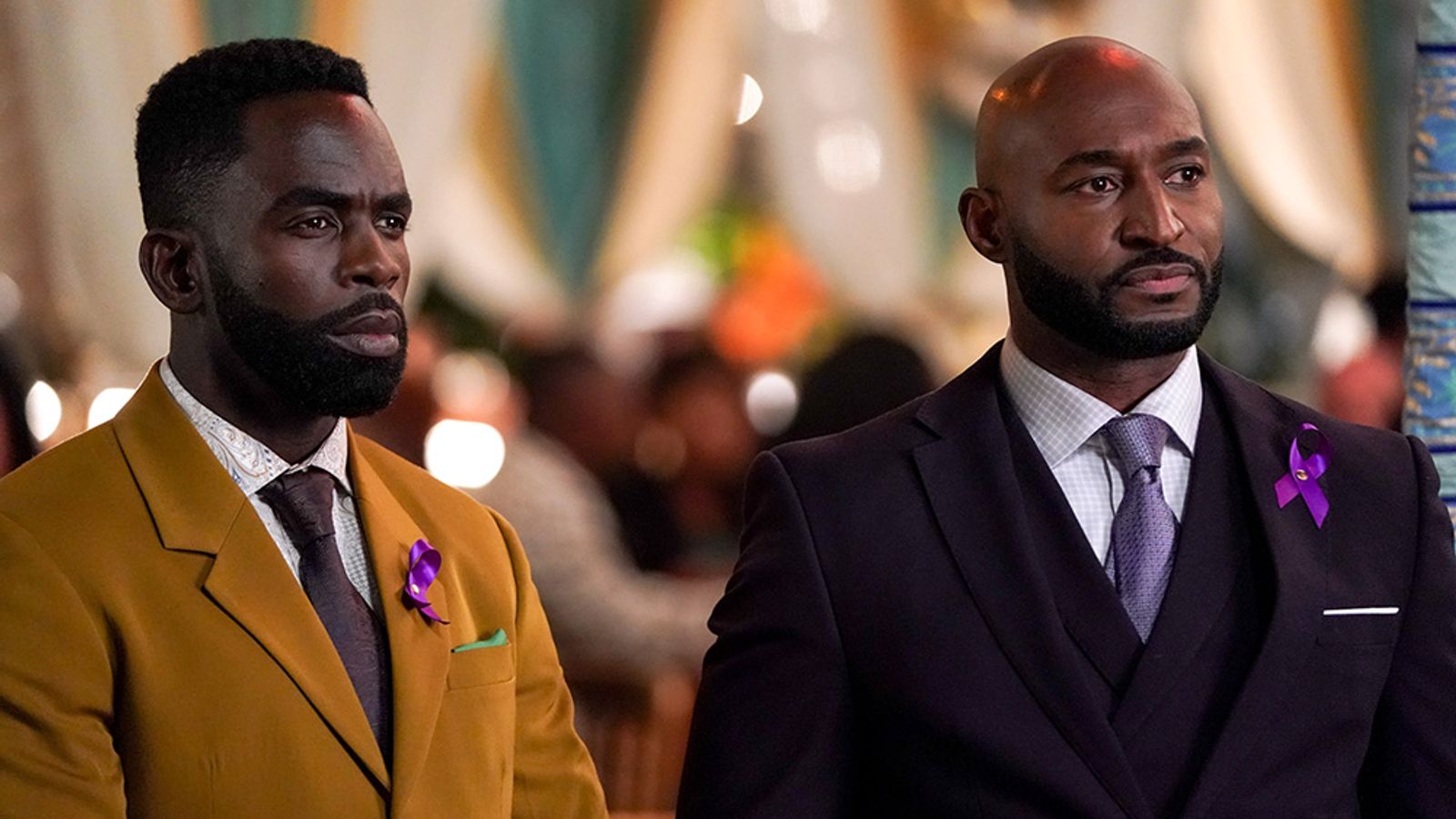 You know the rap – “In west Philadelphia, born and raised, on the playground is where I spent most of my days”.

The classic ’90s sitcom The Fresh Prince Of Bel-Air was an era-defining show, rocketing Will Smith and his co-stars to fame, while giving an insight into how the rich live in the wealthy borough of Los Angeles.

It had a cult following, with Smith, alongside the likes of Alfonso Ribeiro and Tatyana Ali, going on to have mega careers.

For those unfamiliar, it followed Will (played by, well, Will Smith) who after “getting in one little fight”, on the streets of Philly, his “mom got scared” and booted him out to go and live with his wealthy Uncle Phil (Adrian Holmes) in the hills of Bel-Air, along with Aunt Viv (played by both Janet Hubert and Daphne Maxwell Reid), his dorky cousin Carlton (Ribeiro), the airheaded Hilary (Karyn Parsons) and aspirational Ashley (Ali).

There was also the British butler Geoffrey (Joseph Marcell), whose dry wit and no-nonsense attitude made him a fan favourite for many in the UK.

But all of that has now been “flip-turned upside down”, with the show being remade into a drama, with new twists on characters, new stories and new issues to face.

Speaking to Sky News, British actor Jimmy Akingbola, who plays the new Geoffrey (who is now a house-manager, not a butler), said the show shouldn’t be considered a reboot.

“We’re calling it a reimagining, you know, a retelling of iconic, game-changing sitcom, but through a 2022 lens.”

The London-born star said there was no pressure to emulate the original, much-loved series, adding: “I felt proud, because the show represents black excellence.

“It’s pushing boundaries… I think if you loved the original, you would eventually love this. You just got to let go of it, that it’s not a comedy.”

Akingbola added that black excellence is front and centre of this reimagining, explaining that “it’s still rare for us to be able to tell our own stories”.

“It’s completely authentic and it’s about the detail.

“It’s about us talking about issues within not only the black community, but you know, the community of the world – whether it’s sexuality, whether it’s politics, whether you can use the N-word or not, we go there.

“And at the same time, there’s so much love and light in the show. It’s not just a gritty drama, we see unconditional love from a family. Geoffrey is an anchor on this show, just like he was in the original.”

Will Smith is a ‘titan’ of Hollywood

Will Smith, while he doesn’t star in Bel Air, is an executive producer of the show, after being inspired by a short film by Morgan Cooper in 2019 that reimagined the sitcom.

“He is a titan. His aura is just is global, right,” Akingbola said.

“We were talking a couple of days ago and we said ‘Will, we are here’.

“Yes. Morgan had the idea, but it took someone like you to back [the idea] with your iconic legacy.

“He’s doing that big laugh, he’s hugging all of us, but he said that ‘this has been cast so perfectly… the show’s bigger than us’.”

Akingbola spoke to his predecessor when he was given the role

Fans of the show will remember Joseph Marcell as the butler – but he’s been in a number of other shows since.

That includes playing Akingbola’s father in an episode of Death In Paradise.

Akingbola explained that he phoned Marcell when he found out he got the role, saying that he replied: “Jimmy, congratulations, all of us are so happy for you guys. Run with it. It’s going to be a hit. We think you’re all amazing.”

“That was a moving moment for me because it was a teenager sort of talking to his iconic favourite character and getting his blessing,” Akingbola added.

“That removed any pressure… knowing that they all back us, including Will.”

He said that the new Geoffrey has “got a different kind of swagger” in the new iteration.

Bel-Air begins streaming on 14 February on Sky Q, Sky Glass and NOW – hear our review on this week’s Backstage podcast.

Musk would back Trump rival in 2024 election – with former president under fire for dining with white supremacist
Emma Corrin: ‘Questions about class, sex and pleasure are still relevant today’
These are the best electric bike sales for Cyber Monday that are already running [Updated]
EXCLUSIVE: Avram Glazer confronted over possible Manchester United sale
Sunak wants vaccine taskforce-style strategy to tackle NHS ‘missions’ like cancer and obesity