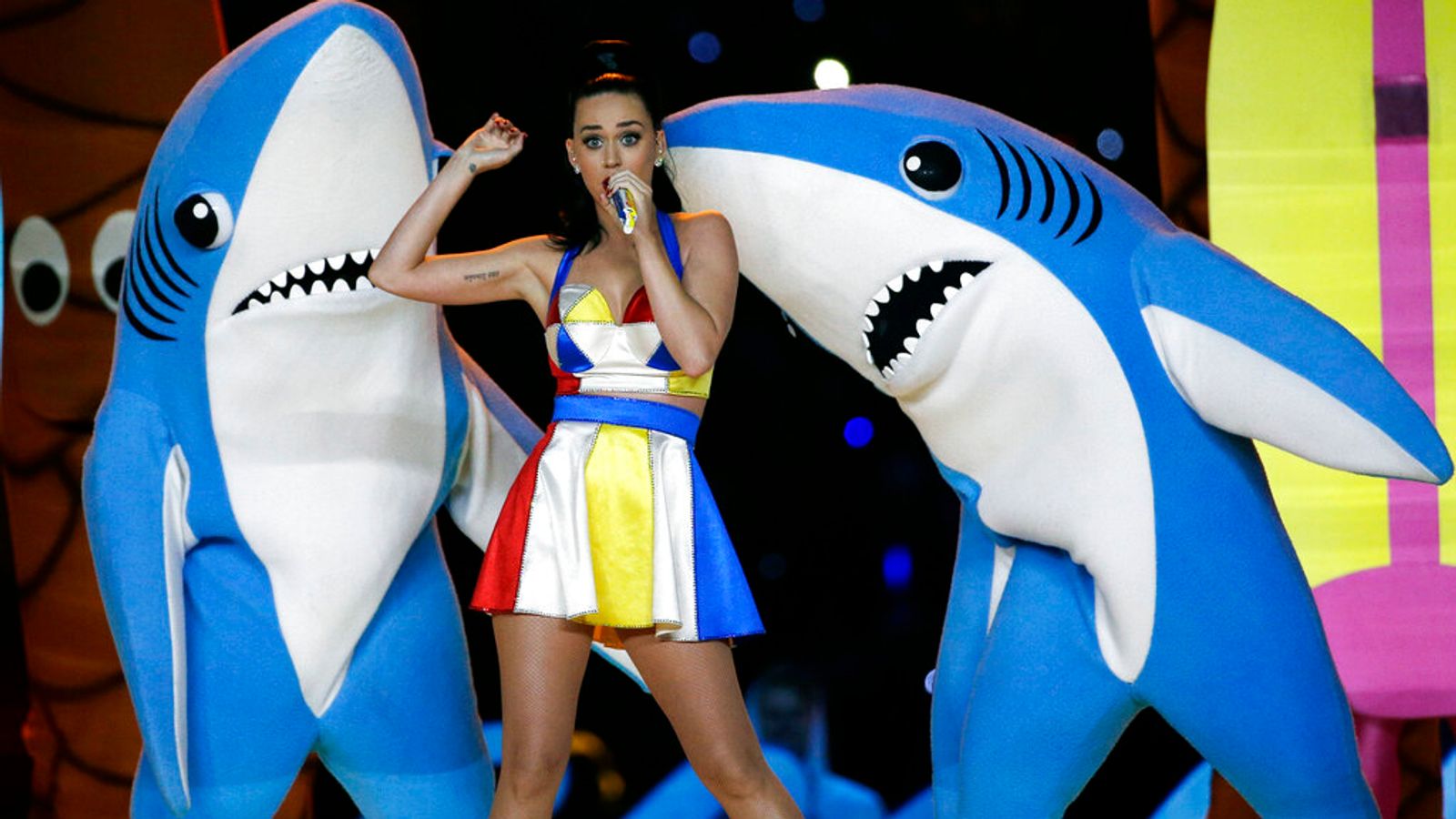 The Super Bowl is one of the most watched sporting events, not just in the US, but across the world, drawing millions of fans every year.

But while the two teams battle it out (this year features the Cincinnati Bengals and the Los Angeles Rams), there is always a superstar-packed show waiting in the wings to take over at half-time.

The Super Bowl half-time show is just as iconic as the game itself, with big name celebs clambering to perform on one of the world’s biggest stages.

Snoop Dogg, Eminem and Dr Dre are among the stars taking to the stage (well, the pitch) this year, in one of the most hotly anticipated shows in years.

Prince jamming out to Purple Rain in the middle of a downpour – what more could you want?

The massively-popular musician probably had the best half-time performance ever, with a set list full of huge tunes.

Look, we know Coldplay aren’t everyone’s cup of tea, but they lit up the stadium in Santa Clara like nobody’s business back in 2016.

No doubt helped, of course, by the Queen Bey herself stepping on stage with man of the moment Bruno Mars for an epic sing-off.

It went viral for all the wrong reasons back in 2004, but Janet Jackson’s “wardrobe malfunction” during the half-time show with Justin Timberlake, Kid Rock and the likes, is probably one of the best there’s ever been.

Nelly blasted Hot In Here after stepping out of a red car, P Diddy appeared from the smoke, while Janet Jackson was rocketed on to the stage from beneath – it was a lot.

A ’70s rock group and a ’90s boy band – it shouldn’t have worked but it absolutely did.

NSYNC performed Bye, Bye, Bye, while Aerosmith shredded I Don’t Wanna Miss A Thing – oh, and Britney Spears put in an appearance too, to sing Walk This Way during the finale.

It’s a delightfully random moment in modern pop culture, where Katy Perry sings California Girls in front of millions, while a dancer dressed a shark gives it everything they’ve got – and guess what we were all talking about the next day.

The Boss is known for letting his gigs last for hours, but unfortunately here he was limited to about 15 minutes while the players had their half-time oranges.

Born To Run, Glory Days and 10th Avenue Freeze Out all made Springsteen’s mesmerising set in 2009, where he told Americans to turn their TVs up and put down their chicken wings.

It was the long-awaited Destiny’s Child reunion that made this performance so memorable.

Okay, so Michelle and Kelly only appeared to sing Single Ladies on stage with Beyonce – but it was a half-time show that went down in history, after the pop legend rolled out all her biggest hits.

Ukraine War: UN warns of ‘disaster’
‘It was shocking to see the material was that bad’: Friend of girl who died from self-harm hits out at social media
New York governor signs first-of-its-kind law cracking down on bitcoin mining — here’s everything that’s in it
‘Putin is a monster’: UK must help punish Russian war crimes, Ukraine’s first lady says
iPhone maker Foxconn entices angry workers in China to return as Apple faces supply crunch