Foreign Secretary Liz Truss will hold fresh talks with EU vice-president Maros Sefcovic over post-Brexit arrangements for Northern Ireland ahead of a hoped-for deadline for a deal later this month.

The pair will meet at Ms Truss’s official residence in London on Friday morning for their latest discussions over the Northern Ireland Protocol.

It brings to an end a tricky diplomatic week for the foreign secretary, who was in Moscow on Thursday for what proved to be stormy talks with her Russian counterpart, Sergei Lavrov, over the Ukraine crisis.

What is the Northern Ireland Protocol?

Ms Truss has now flown back to London as she faces competing pressures over the UK and EU’s efforts to find a resolution to post-Brexit tensions.

The next meeting of the EU-UK Joint Committee, which oversees the implementation of post-Brexit arrangements, is due to be held on 21 February.

Northern Ireland’s Democratic Unionist Party had previously set that date as a fresh deadline for Ms Truss to find a solution to the UK-EU dispute over the Protocol.

The DUP’s Paul Givan, who was until last week was Northern Ireland’s first minister, told Ms Truss last month that progress in the Protocol was needed “imminently”.

“Obviously 21 February is a very significant date in terms of what progress will have been made or not made,” Mr Givan said at the time.

He resigned as first minister at the start of this month as part of his party’s protests against the Protocol – a move that, by default, also brought the automatic resignation of Sinn Fein’s deputy first minister Michelle O’Neill. 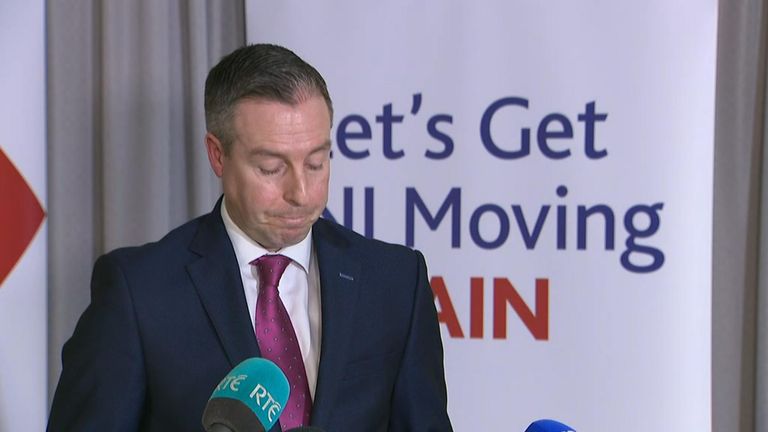 As well as pressure from within Northern Ireland over the Protocol, Ms Truss has separately been issued with a warning she could suffer a “complete loss of confidence” at Westminster if she doesn’t strike the right deal.

Conservative peer Lord Moylan posted on Twitter on Thursday: “Huge error if @trussliz agrees a deal with EU on 21 February that settles the points that embarrass the EU (eg starving NI of medicines) and leaves UK objections for future talks.

“The @theresa_may mistake all over again. There’ll be complete loss of confidence in her at home.”

Notably, Lord Moylan’s message was retweeted by Lord Frost, who was previously in charge of the UK’s negotiations with the EU prior to his resignation from government last year.

Ahead of Friday’s talks with Mr Sefcovic, Ms Truss described how “fixing” the Northern Ireland Protocol was “an absolute priority” for her.

She added: “We have a shared responsibility with the EU to work towards solutions as quickly as possible that deliver for the people of Northern Ireland.”