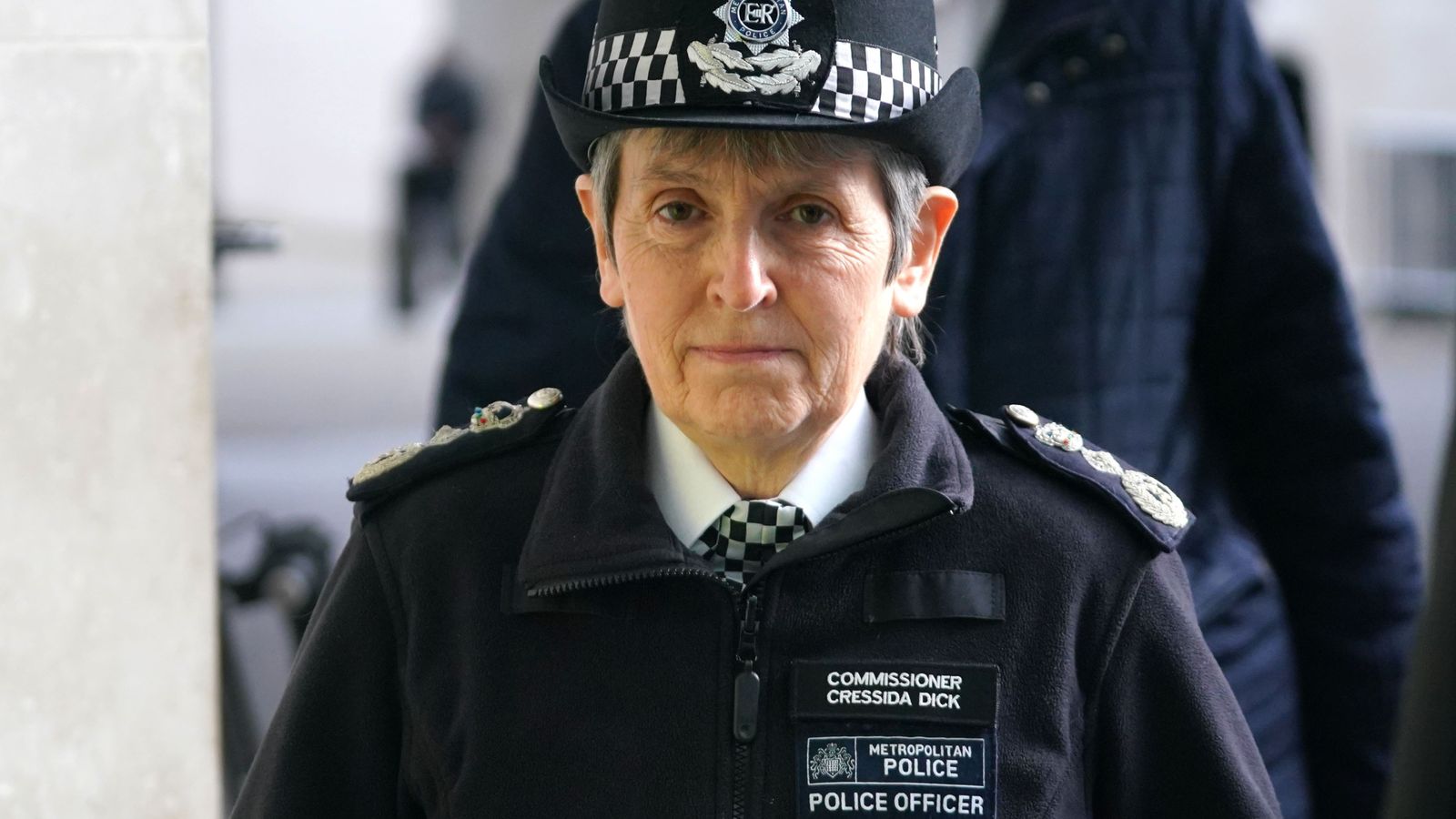 Dame Cressida Dick is leaving her role as head of the Met Police, the Mayor of London has confirmed.

He said his entire trust in the Met hinged on her coming up with a robust plan for dealing with the anti-social behaviour.

But he said he was “not satisfied” with the Commissioner’s response and in a statement on Thursday evening said: “On being informed of this, Dame Cressida Dick has said she will be standing aside.

“It’s clear that the only way to start to deliver the scale of the change required is to have new leadership right at the top of the Metropolitan Police.”

Dame Cressida said it was “with great sadness” she was stepping down.

“It is clear that the mayor no longer has sufficient confidence in my leadership to continue.

“He has left me no choice but to step aside as Commissioner of the Metropolitan Police Service.”

She added: “The murder of Sarah Everard and many other awful cases recently have, I know, damaged confidence in this fantastic police service.”

It has been agreed that she will continue to serve for a short period to enable an orderly handover.

‘Absolutely no intention of going’

Mr Khan said he would begin working with the Home Secretary Priti Patel on the appointment of a new Commissioner so that “we can move quickly to restore trust in the capital’s police service while keeping London safe”.

Her resignation comes following a series of scandals including the murder of Sarah Everard by serving officer Wayne Couzens, and the exchange of racist, misogynist and homophobic messages by officers at Charing Cross Police Station.

Earlier on Thursday, when asked by the BBC if she should step down she said: “I have absolutely no intention of going and I believe that I am and have been, actually for the last five years, leading a real transformation in the Met.”

In her full statement she said serving the people of London had been “the greatest honour and privilege of my life”.

What’s being done about ‘murder-for-hire’ sites on the dark web, and how dangerous are they?
Gunman pleads guilty to murder and hate-motivated terror charges after supermarket shooting
Podcast: Tesla FSD Beta wide release, Cybertruck reservations, TSLA investors ask board to help, and more
Here’s how you can maximize your Ford F-150 Lightning range this winter
New York governor signs first-of-its-kind law cracking down on bitcoin mining — here’s everything that’s in it