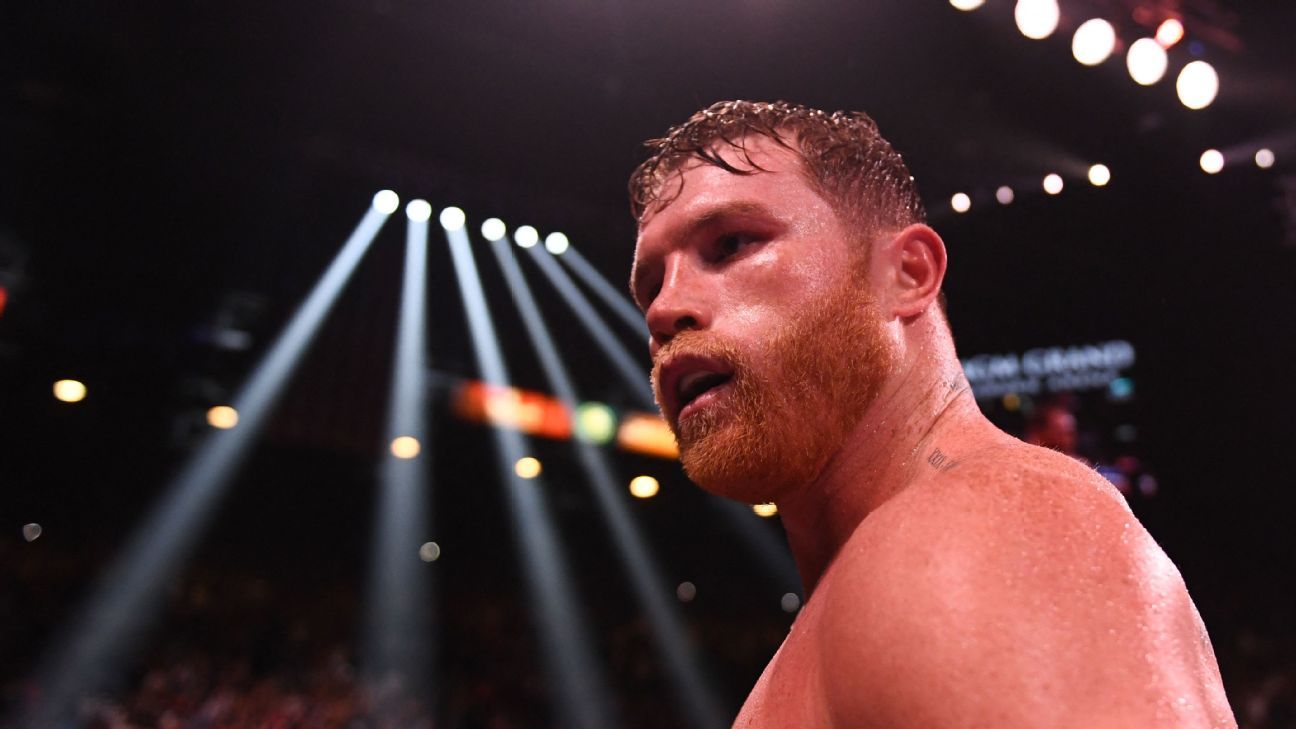 Canelo Alvarez and Gennadiy Golovkin, at long last, are on the verge of a trilogy fight.

Canelo and Eddie Hearn’s Matchroom Boxing are closing in on a two-fight deal worth upward of $85 million for boxing’s top star to compete on DAZN, sources told ESPN. The first fight of the deal would pit Alvarez against light-heavyweight titleholder Dmitry Bivol on May 7 in a return to 175 pounds, sources said.

Provided Canelo wins, as expected, he would defend his undisputed 168-pound championship against GGG in a long-awaited grudge match on Sept. 17, per sources.

Golovkin (41-1-1, 36 KOs) will first meet Ryota Murata in a rescheduled 160-pound title unification in the spring in Tokyo, and like Canelo, will have to emerge victorious to keep the third fight intact.

The deal has not been agreed to nor signed yet, sources said, but negotiations are approaching the finish line.

For weeks, Alvarez (57-1-2, 39 KOs) has mulled this two-fight offer from Hearn alongside a one-fight offer from Al Haymon’s PBC to defend his four super middleweight belts against Jermall Charlo on May 7. The PBC offer is worth upward of $45 million guaranteed, sources said.

ESPN’s No. 1 pound-for-pound boxer signed a one-fight deal with PBC last year ahead of an 11th-round TKO of Caleb Plant on Showtime PPV. Alvarez earned $40 million guaranteed for that win. His three previous bouts were promoted by Hearn, including title victories over Callum Smith and Billy Joe Saunders.

The 31-year-old signed an 11-fight, $365 million deal with DAZN in 2018 shortly after he defeated GGG in a September rematch that headlined HBO PPV.

A fight with Bivol, ESPN’s No. 2 light heavyweight, would be Canelo’s second at 175 pounds. His long light heavyweight fight was a 11th-round KO of Sergey Kovalev in a November 2019 title bout.

Bivol (19-0, 11 KOs) would present an opportunity for Canelo to chase a second title reign at 175 pounds. The 31-year-old native of Russia is a tricky boxer who is adept at controlling range with his excellent jab. What he hasn’t done recently is entertain, with two decision wins in 2021 that featured little action.

The biggest prize of all, at least commercially, is a third meeting with Alvarez’s rival, GGG. The pair of future Hall of Famers fought to a spirited draw in their 2017 bout for the middleweight championship before Alvarez scored a majority-decision victory one year later in another closely contested fight.

Both bouts produced over $1 million pay-per-view buys and over $20 million in gate receipts. Golovkin (41-1-1, 36 KOs) has expressed his willingness to fight Alvarez a third time on numerous occasions.

Now approaching his 40th birthday, time is running out. GGG was set to meet Murata in December, but COVID restrictions in Japan forced the fight’s postponement.

Goldman Sachs sees ‘high probability’ of OPEC cut — and expects oil prices to hit $110 next year
David Walliams’ future on Britain’s Got Talent ‘up in the air’ after apology for offensive remarks
Another US state adds electric bike subsidy, this time with up to $1,700 rebate
Ruling party will be watching as unprecedented protests break out in China, but so too will the world
Tiger, son Charlie, to return to PNC Championship