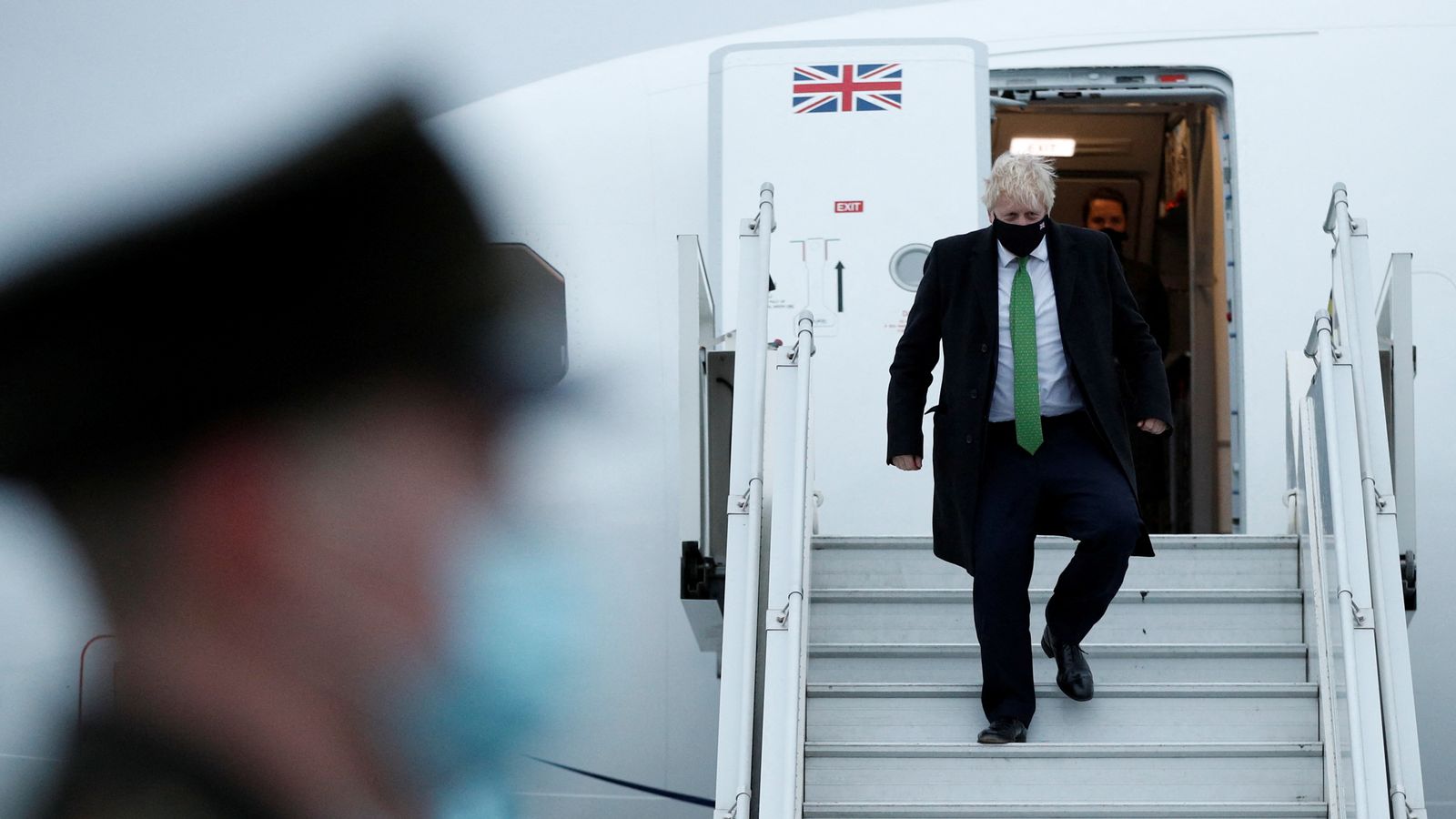 Boris Johnson has issued a warning to Russia that NATO member states will “draw lines in the snow” over the Ukraine crisis.

The prime minister will fly to Belgium and Poland on Thursday as part of diplomatic efforts in the face of Russia’s build-up of thousands of troops on the border with its neighbour.

In Brussels, Mr Johnson will meet with NATO secretary general Jens Stoltenberg to discuss his recent offer to double the number of British troops on Europe’s borders with Russia, as well as deploy more UK jets and ships to the region.

The prime minister will then travel on to Warsaw to meet with Polish President Andrzej Duda and Prime Minister Mateusz Morawiecki, while Mr Johnson will also meet with British troops working as part of a NATO presence in the country.

Downing Street said the prime minister would use Thursday’s trip to stress to allies that they must not compromise on NATO’s fundamental principles.

This includes the protection of countries’ sovereignty, the right of every European democracy to aspire to NATO membership, and the alliance’s mutual defence pact.

Ukraine’s plans for future membership of NATO has been cited as one of the key reasons behind the current tensions between Moscow and the West.

In his bid to encourage NATO unity in the face of Russia’s recent actions, Mr Johnson this week held talks with Lithuanian Prime Minister Ingrida Simonyte in Downing Street.

However, some have expressed concern that the prime minister’s precarious position at Westminster – as a result of the partygate scandal – has weakened the UK’s ability to respond to the Ukraine crisis.

Ukraine: Life on the frontline

Ahead of Thursday’s trip to Brussels and Warsaw, Mr Johnson said: “When NATO was founded, allies made an historic undertaking to safeguard the freedom of every member state.

“The UK remains unwavering in our commitment to European security. What we need to see is real diplomacy, not coercive diplomacy.

“As an alliance we must draw lines in the snow and be clear there are principles upon which we will not compromise.

“That includes the security of every NATO ally and the right of every European democracy to aspire to NATO membership.”

As the prime minister attempts to shore up NATO unity, Foreign Secretary Liz Truss flew to Moscow on Wednesday for talks with her Russian counterpart Sergei Lavrov during a two-day trip.

On her arrival, Ms Truss said Russia “must immediately withdraw its forces and respect Ukraine’s sovereignty or face severe consequences”.

The foreign secretary has warned of tough new sanctions on major Russian companies or those powerful individuals linked to Russian President Vladimir Putin.

Defence Secretary Ben Wallace, who has recently been touted as a possible successor to Mr Stoltenberg as NATO chief, will join Ms Truss for her talks in Moscow on Thursday.