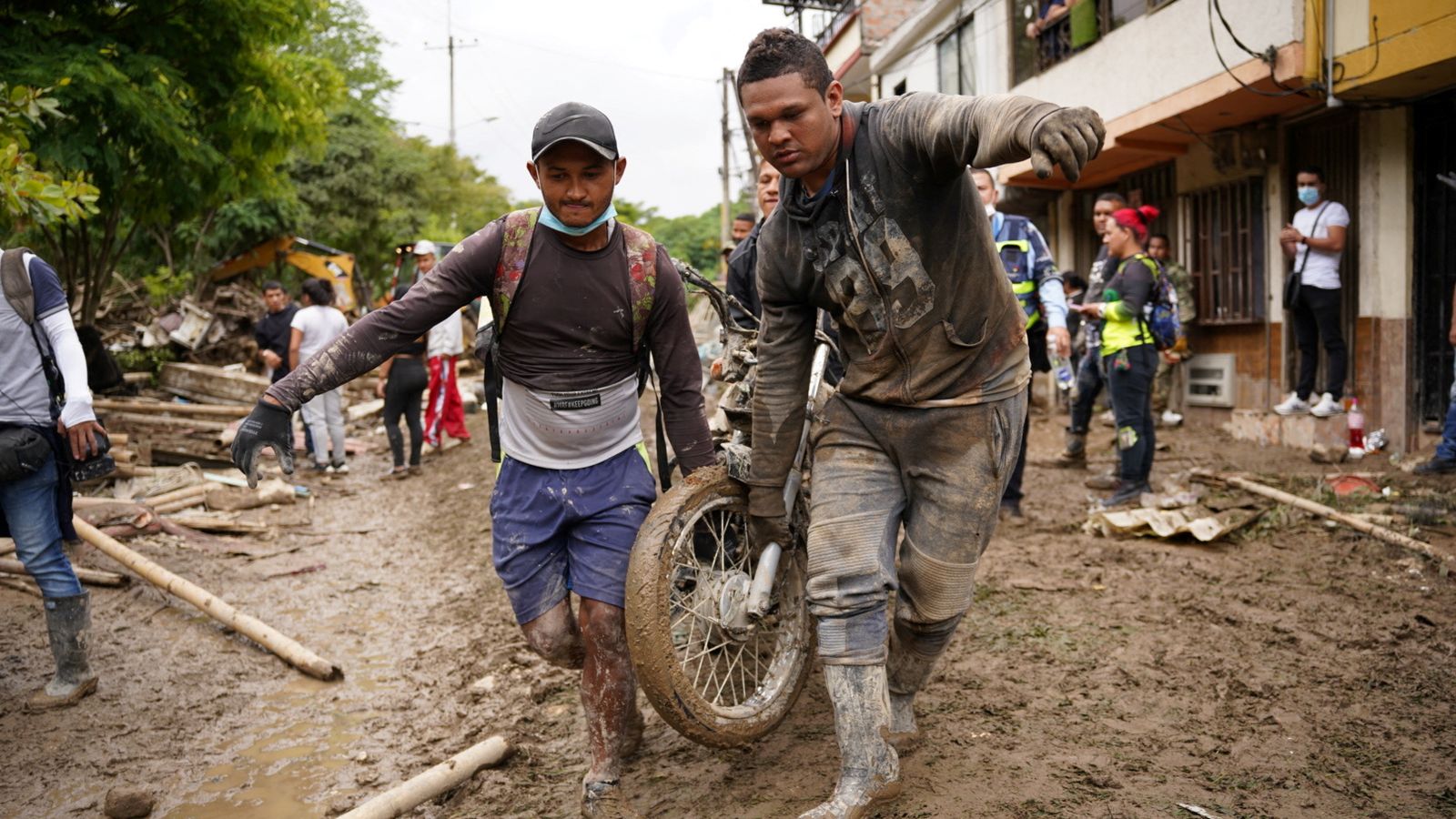 At least 14 people died and 35 people were injured after a mudslide brought on by heavy rains hit a town in western Colombia, officials have said.

One person is missing after the disaster in a residential area of the Dosquebradas municipality near the town of Pereira in Risaralda province on Tuesday, Carlos Maya, the town mayor, said.

There is a risk of further slides, Mr Maya warned, as he urged people to leave the area, around 200 miles (325 km) east of the capital, Bogota, to avoid further casualties.

Many of the houses in the neighbourhood are made of wood, and more than 60 were evacuated as teams checked the damage and assessed the risks after the nearby Otun River overflowed.

Other homes were destroyed.

A picture showing a gash in the lush foliage covering a mountain overlooking the area was released by authorities.

Rescue teams have been searching in the mud for more survivors, disaster management officials said.

There are fears the number of dead will rise.

Colombian President Ivan Duque sent his condolences to the families of those who died.

Landslides are common in Colombia due to the mountainous terrain, frequent heavy rains and poor or informal construction of houses.

The country’s most recent large landslide disaster was in the city of Mocoa in 2017, when more than 320 people were killed.

Hear what the Walmart shooter told this survivor
50 migrants diagnosed with diphtheria in UK this year, with most in last two months
Trump probes show no signs of slowing down after special counsel appointment
Ukraine War: Europe’s largest nuclear power plant under attack
Elon Musk claims Apple has threatened to remove the Twitter app