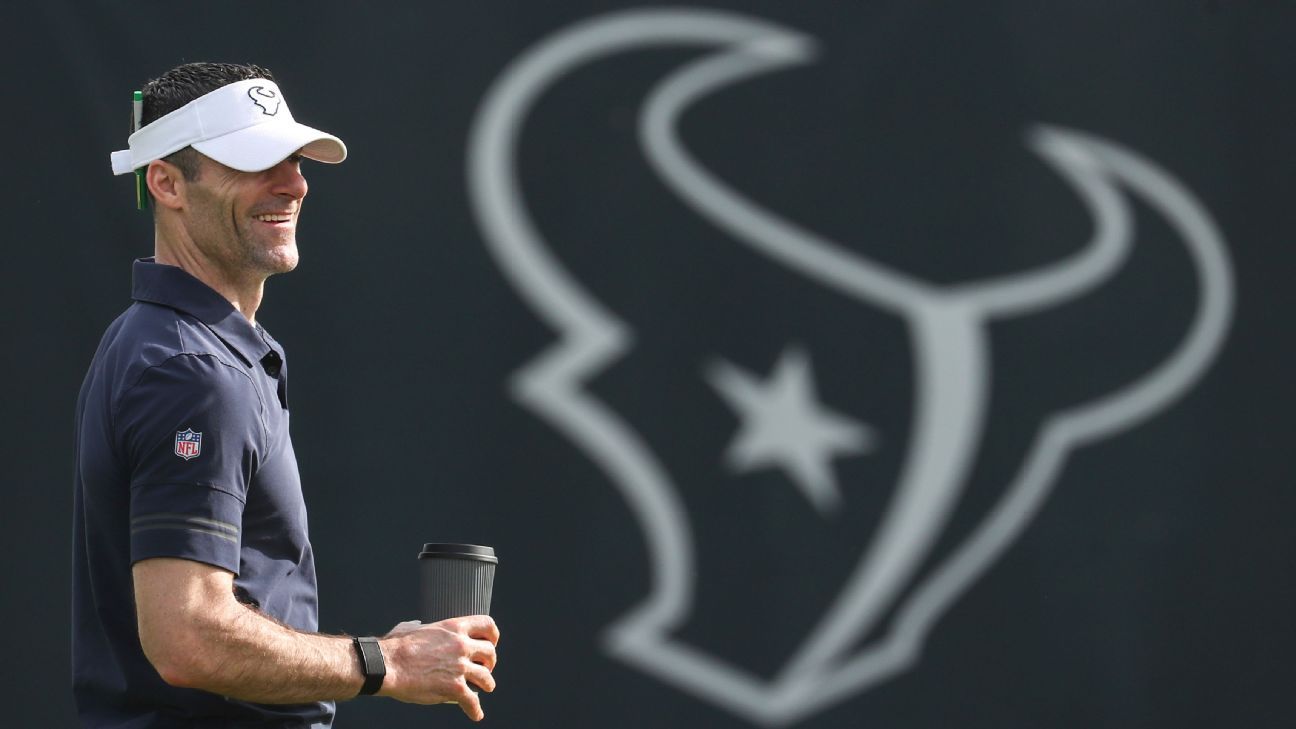 “There were conversations with Brian after [the lawsuit] took place, so it really didn’t affect our process at all,” Caserio said.

Flores, who was one of three candidates the Texans announced had completed second interviews with the team, filed a lawsuit against the NFL last week. In the lawsuit — suing the NFL and three teams — Flores alleged discrimination regarding his interview processes with the Denver Broncos and New York Giants and his firing last month by the Miami Dolphins.

After Smith was hired Monday, Flores’ attorneys released a statement saying Flores was “happy to hear that the Texans have hired a Black head coach,” but that “it is obvious that the only reason Mr. Flores was not selected was his decision to stand up against racial inequality across the NFL.”

Smith, who had served as the Texans’ defensive coordinator and has been a head coach previously with the Chicago Bears and Tampa Bay Buccaneers, said he didn’t know exactly when he became a finalist for the position. Smith was hired just one day after the team announced they had interviewed him for the role, following “a thorough, inclusive and in-depth process,” according to Texans CEO and chairman Cal McNair.

Smith said he feels the NFL has a problem regarding diversity, as he becomes one of only five minority head coaches in the league. He said he hopes he and the Texans’ staff can work toward changing that.

“It’s not often you get a chance to lead three professional football teams,” Smith said. “I don’t know if there’s a guy who looks like me that’s had the opportunity to do that.”

“… It’s not just about me being here. I see [offensive coordinator] Pep Hamilton right here and I see his color. He’s going to be calling plays for us. Maybe it’s about getting guys in the position for people to see exactly who they are and what they can do. I understand the problem and I know the Houston Texans are doing something about it to make it better.”

Smith’s news conference was briefly interrupted by a fire alarm going off in the building — a false alarm — urging people to “proceed to the stairwells.”

As the alarm went off, Caserio joked, “We can talk over it. … We’ll make it work.”

On hand for the news conference were several former players, including Texans legend Andre Johnson, who said he played through some “terrible seasons” in Houston, but thinks that hiring Smith will help the Texans get back on track.

“I think having coach Lovie Smith here is the right way to get started, and I think with that hire you’ll get some of the fans back,” Johnson said. “And now it’s just getting the right players in the building and putting a good product out on the field and just going out and performing.”