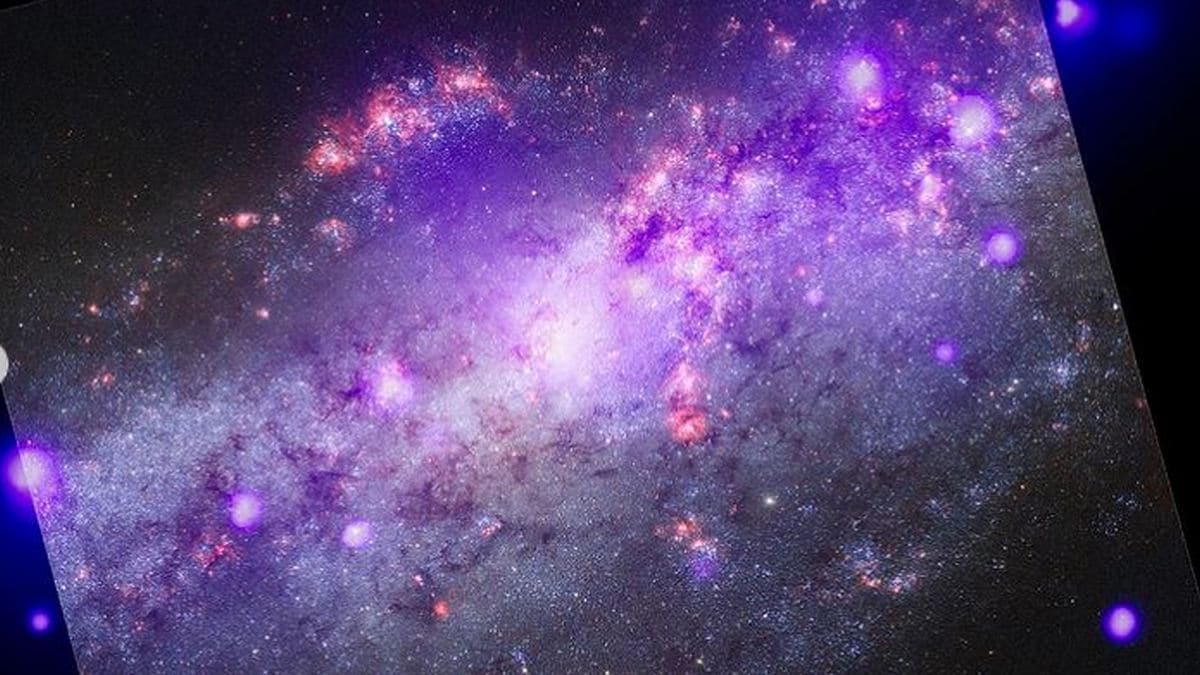 NASA has shared a set of three images from the universe on social media, highlighting the collaboration between its two observatories. The collaboration showed what kind of images could be produced when you look at the same object in two wavelengths of light. NASA said the images were created by combining the data from its Hubble Space Telescope, in space, and Chandra X-Ray Observatory on the ground. The results are absolutely stunning. “Through combining data from telescopes that can detect different kinds of light, we can fully investigate cosmic phenomena,” the agency said.

It has explained how images are created by combining two separate data sets. NASA said the universe emits light and energy through many forms and Chandra X-Ray’s observing abilities allow them to explore super hot and energetic processes across the universe.

The first image in the Instagram post is of R Aquarii. This, in fact, is a pair of a steadily burning white dwarf star and a highly variable red giant orbiting each other. The white dwarf pulls material from the red giant onto its surface. When enough material is accumulated, it triggers an explosion. The data captured by Hubble is shown in this image as red and blue, while those by Chandra X-Ray appear in purple.

The second image features the Guitar Nebula and an x-ray stream (in pink) jetting out from a pulsar, almost perpendicular to the nebula. The Guitar Nebula got its name because of its shape in optical light (blue, or appearing as a hollow guitar).

The third one has galaxies merging after a collision between a spiral galaxy and a smaller galaxy. This gravitational interaction can create waves of star formation. Chandra’s X-Ray data (in purple) was combined with an optical image from the Hubble Space Telescope (red, green, and blue).

Given the complex process in which data sets from two observatories are combined and the amazing results that they give, NASA rightly captioned the post, “By our powers combined…”

What do you have to say about this?

Nicola Bulley: What has happened to missing mum?
Police search around-the-clock for suspect in brutal kidnapping
Trump invokes Fifth Amendment in deposition video
War in Ukraine: ‘This is not where Russia planned to be’
George Santos gives Holocaust speech. See CNN anchor’s reaction