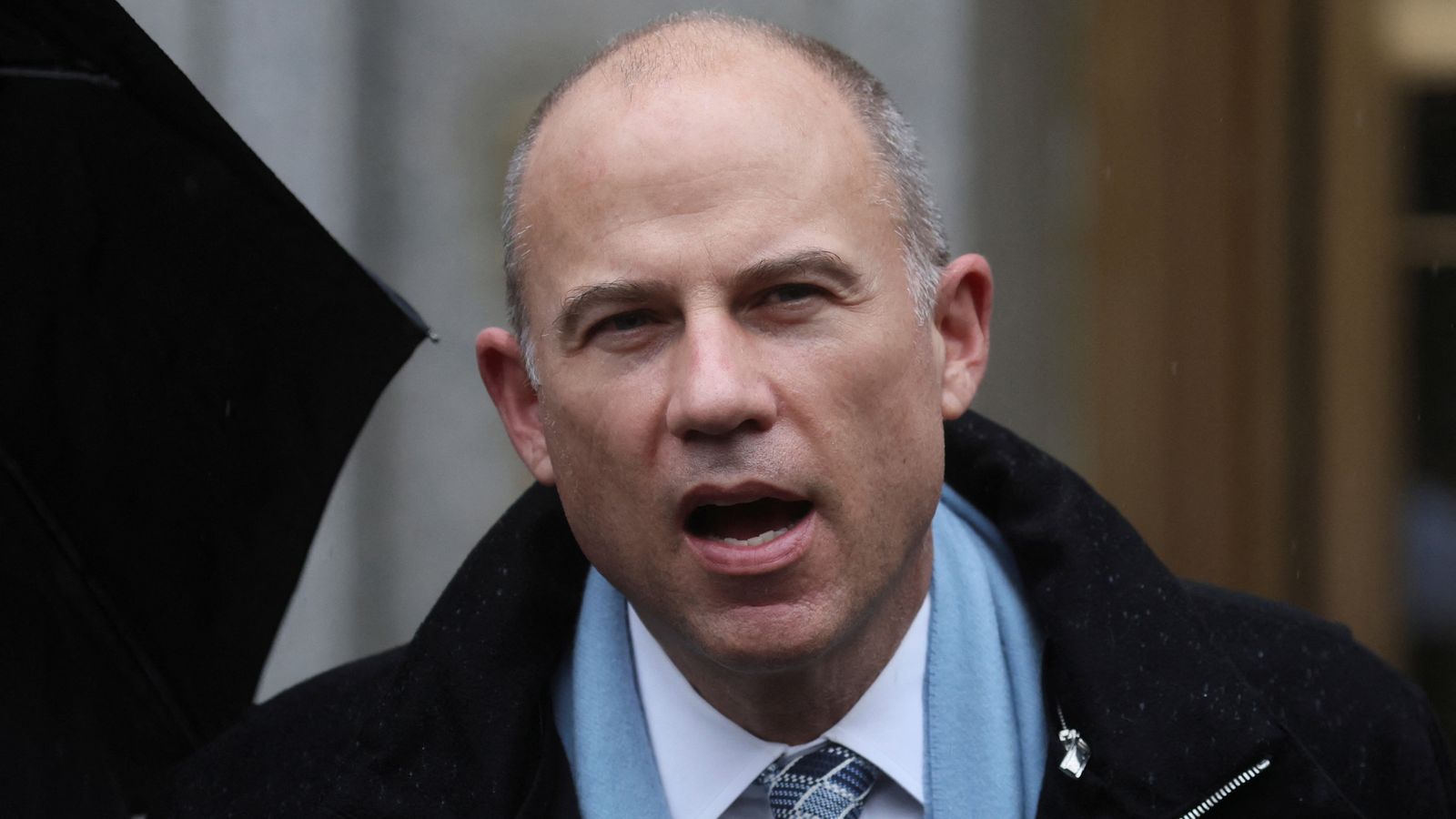 Michael Avenatti is now facing up to 22 years behind bars after being convicted of cheating Stormy Daniels out of nearly $300,000 (£222,000) in book proceeds.

The verdict by a federal jury in Manhattan followed a two-week trial in which the 50-year-old lawyer represented himself.

After being found guilty Avenatti vowed to appeal, saying he was “very disappointed” with the jury’s decision.

Text messages, prosecutors said, showed that Avenatti repeatedly lied to Ms Daniels in 2018 when she pressed him on when she would get a large instalment she was owed on the book deal.

They said he had already spent the money on airfare, food, and payroll for his debt-ridden law firm.

Prosecutor Mathew Podolsky likened Avenatti to a store cashier taking $1,000 dollars out of a till because he believed he had worked really hard and deserved a bonus.

A host of legal problems

The guilty verdict marks another defeat for the California lawyer, who has faced a host of legal problems after briefly rising to fame as one of Mr Trump’s leading antagonists on cable news during his administration.

He has yet to begin serving a two-and-a-half-year prison sentence he received in 2020 for trying to extort up to $25m (£18.46m) from sportswear giant Nike.

He also is awaiting a retrial in Los Angeles on charges that he ripped off clients and others for millions of dollars.

During the most recent trial, Ms Daniels, whose real name is Stephanie Clifford, told the court that Avenatti had led her to believe her book publisher had not given her advanced payments totalling $297,500 (£219,755).

She said she later learned that Avenatti had diverted the money to an account he controlled without telling her.

“I felt very betrayed and stupid,” Ms Daniels said. “Michael had been lying and stealing from me.”

She initially hired Avenatti as she attempted to escape the terms of a $130,000 (£96,027) hush payment deal that kept her from speaking publicly about an alleged sexual encounter with Donald Trump, which he denies ever happened.

In a statement following the verdict, Ms Daniels’ lawyer, Clark Brewster, said his client was “relieved this nightmare is over.”

“Mr Avenatti possessed the uncanny ability to steadfastly deny the crimes and persuade others he was entitled to the
embezzled funds,” Mr Brewster said.

“Stormy is pleased that the justice system worked.”

As part of Avenatti’s cross-examination of Ms Daniels, he sought to undermine her credibility by exposing her interest in paranormal activities.

She also mentioned an invisible assailant who attacked her partner and discussed communicating with a doll who calls her “mummy”.

Prosecutors argued Avenatti was trying to portray Ms Daniels as crazy – what they called a “blame the victim” defence.

Avenatti agreed to surrender to US marshals in California on Monday, with his sentencing scheduled to take place on 24 May.