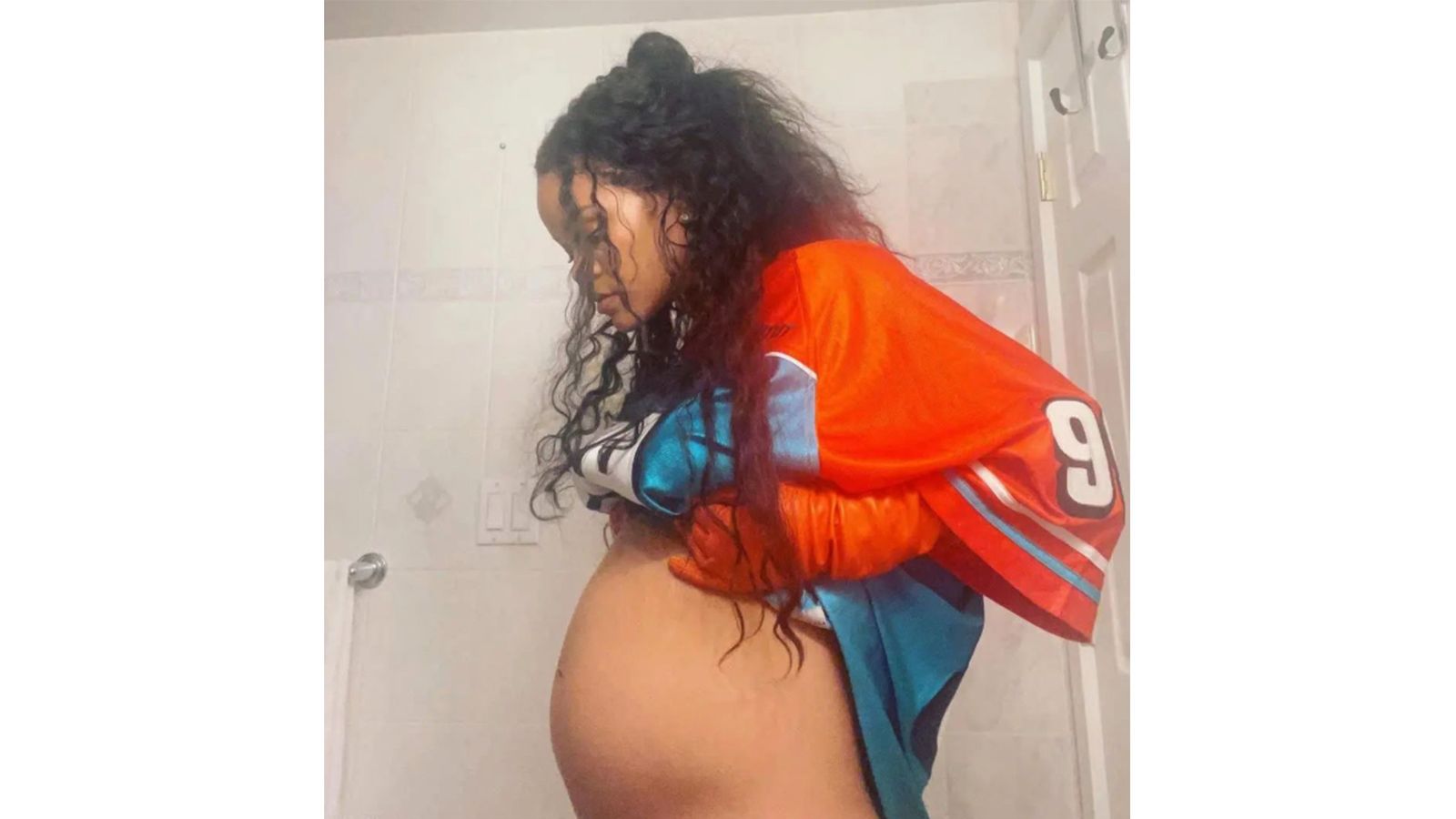 Rihanna has shared a photo of her baby bump after announcing she and rapper boyfriend A$AP Rocky are expecting their first child together.

The singer and businesswoman, 33, showed off her growing bump to her 120 million Instagram followers as she stood in a white-tiled bathroom lifting her sports jersey.

“How the gang pulled up to black history month,” she captioned the post.

She also posted photos taken during a freezing walk in New York on Monday, where she sported a bright pink coat open at the bottom, with nothing underneath, to reveal her stomach.

She was out for a stroll at the time with her boyfriend, also 33, in Harlem.

In an interview with GQ last May, A$AP Rocky, whose real name is Rakim Mayers, expressed enthusiasm about becoming a father.

He said: “I think I’d be an incredible, remarkably overall amazing dad. I would have a fly child.”

The rapper added that Rihanna was the “love of his life”.

The couple have not released an official statement, but the star seems to be several months into her pregnancy.

The past year has been extremely successful for Rihanna.

In August, she was officially declared a billionaire by Forbes, and the prime minister of Barbados hailed her as a national hero in November.

‘It’s bad news for the UK economy’ as IMF predicts shrinkage of 0.6%
Nadhim Zahawi sacked as Tory chairman over tax affairs row
Obama: ‘We’re building Iron Man’
Why is the UK economy predicted to perform so badly?
British Army: ‘The army is in a dire state’ – Tory MP and Defence Committee chair