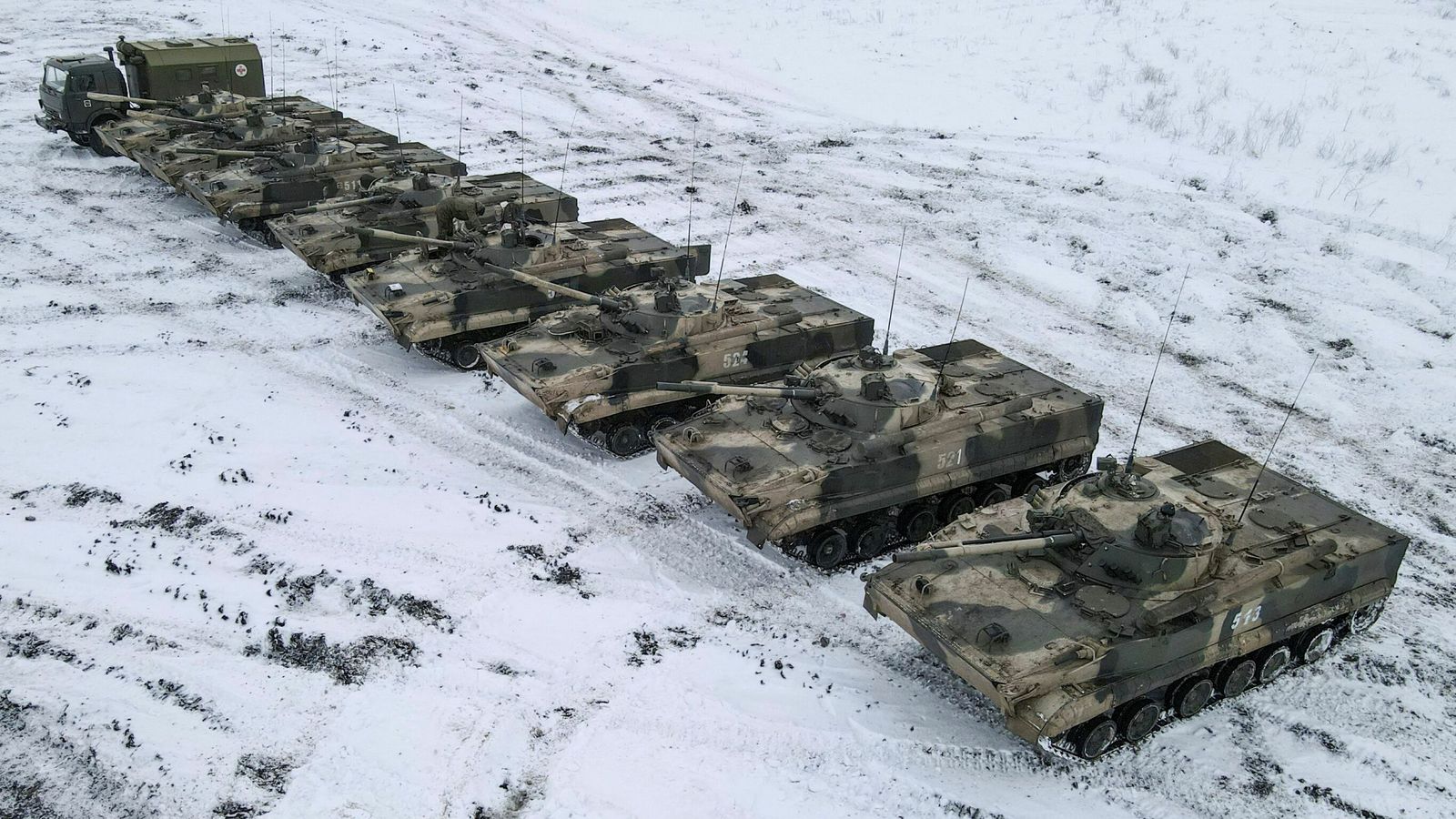 Boris Johnson has urged Russia to “step back” from any military action against Ukraine, pledging that the UK “stands shoulder to shoulder” with Kyiv.

During a news conference with Ukrainian President Volodymyr Zelenskyy, the prime minister said a Russian invasion would be a “political and humanitarian disaster” and a “military disaster as well”.

A series of “sanctions and other measures” is being prepared for when the “first Russian toecap crosses into Ukrainian territory”, he added.

“It is vital that Russia steps back and chooses a path of diplomacy and I believe that is still possible,” the PM told reporters.

“We are keen to engage in dialogue, of course we are, but we have the sanctions ready, we’re providing military support, and we will also intensify our economic cooperation.”

He went on to say that Russian troops on Ukraine’s border are a “clear and present danger” and accused Russia’s President Vladimir Putin of trying to redraw the security map of Europe.

In a statement, Number 10 and Ukraine’s government warned “any further Russian incursion in Ukraine would be a massive strategic mistake and have a stark humanitarian cost”.

:: Inside the top-secret tank base that provides Ukraine’s best hope of defence against Russian invasion

Russia has placed more than 100,000 troops near its border with Ukraine, but President Putin has denied he is planning an attack.

Mr Johnson is due to have a phone call with the Russian president tomorrow. ‘Russian invasion would be humanitarian disaster’

In an earlier news conference, President Putin accused the West of ignoring Russia’s security proposals and said its main security demands have not been satisfied.

But he went on to say that he wants to avoid negative scenarios and that a way needs to be found to protect everyone’s security.

Meanwhile, Hungarian Prime Minister Viktor Orban said the EU is united and that no one wants a conflict with Russia.