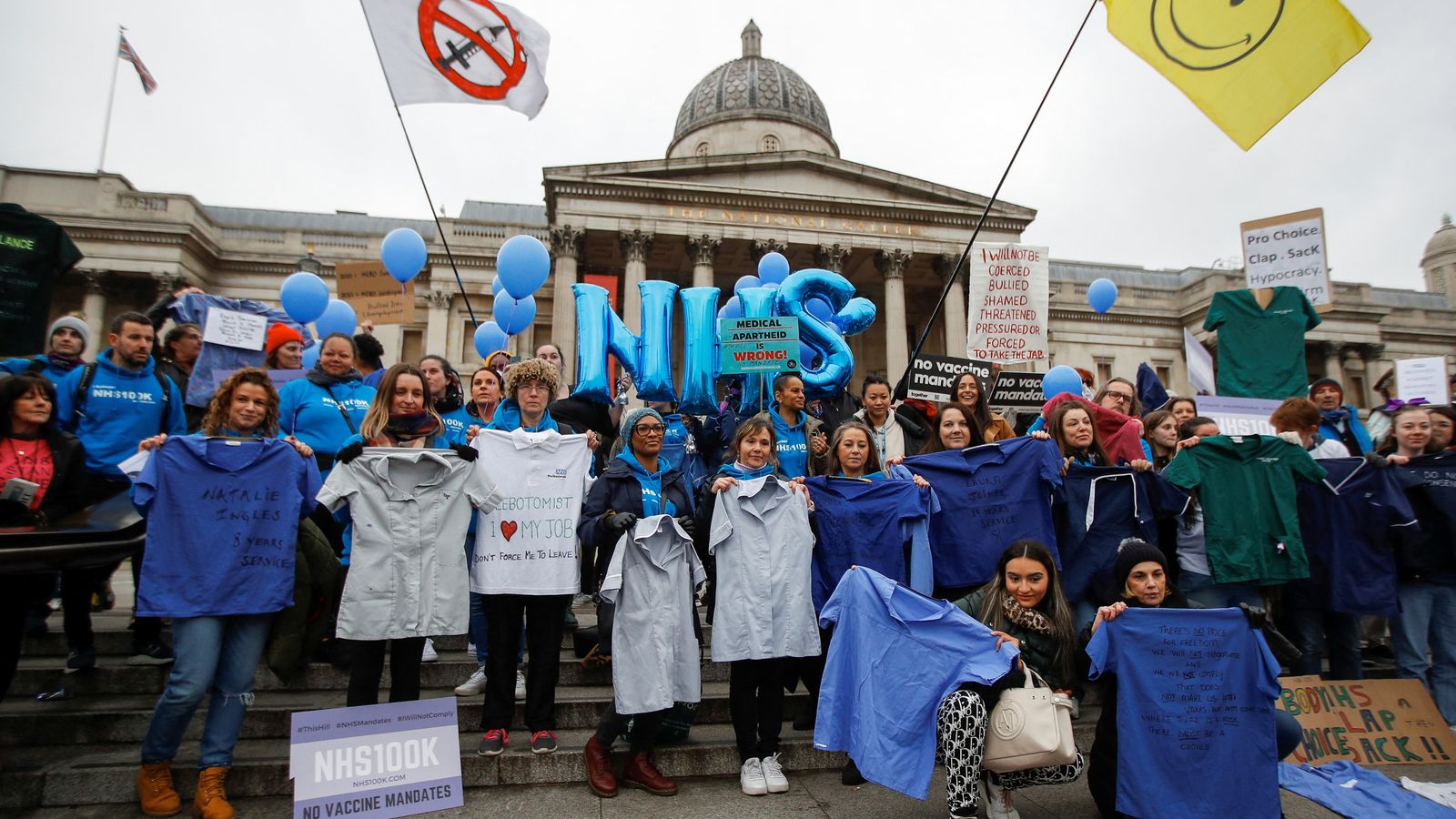 The government is expected to step back from requiring NHS and social care workers to be vaccinated against COVID-19.

Health workers in England were meant to be fully-vaccinated by April but Health Secretary Sajid Javid has been under growing pressure to scrap the rule.

There have been concerns that the sector could be left with a massive staffing crisis due to the number of workers refusing to be vaccinated.

The Daily Telegraph reported that Mr Javid will meet ministers on the COVID-operations cabinet committee today where he is expected to confirm the U-turn.

The government is ending the policy because Omicron is milder than previous variants of the virus, the newspaper said.

But it comes just a week after the Department Of Health And Social Care said there were no plans to change the policy, despite reports suggesting ministers were considering a delay in its implementation.

Mr Javid said on Tuesday that it was being “kept under review”, while also having said that frontline NHS staff should see vaccination as a “professional duty”.

Tory MPs welcomed news of the expected U-turn, with Romford MP Andrew Rosindell writing on Twitter: “These free-thinking NHS workers’ jobs are saved and quite right too.

“Well done all those who had the courage to stand up for the values of a free society.”

Forest of Dean MP Mark Harper added: “My backbench colleagues and I have been pushing hard to spare the sack for tens of thousands of NHS and care workers.

“It beggars belief that the PM and health secretary kept insisting on bulldozing this policy through, despite warnings of staff shortages, for so long.”

Patricia Marquis, RCN director of England, said: “If these reports are correct, this climbdown by government is long overdue.

“Vaccination is hugely important but this was the wrong policy, especially as it added to the current pressure on NHS and care services.

“It was never in the interests of patient safety to threaten tens of thousands with dismissal in the middle of staffing crisis.

“We will continue to support government and employers to make the case for vaccination.”

Quick Charge Podcast: June 28, 2022
WorldRemit becomes latest fintech to slash jobs as outlook darkens
The new tactics being used by ‘crash for cash’ scammers and the 10 new areas they are targeting
Non-Earth Like Planets Could Host Life for Billions of Years, Study Suggests
Meet the architect helping tech companies like Intuit redesign offices for hybrid work