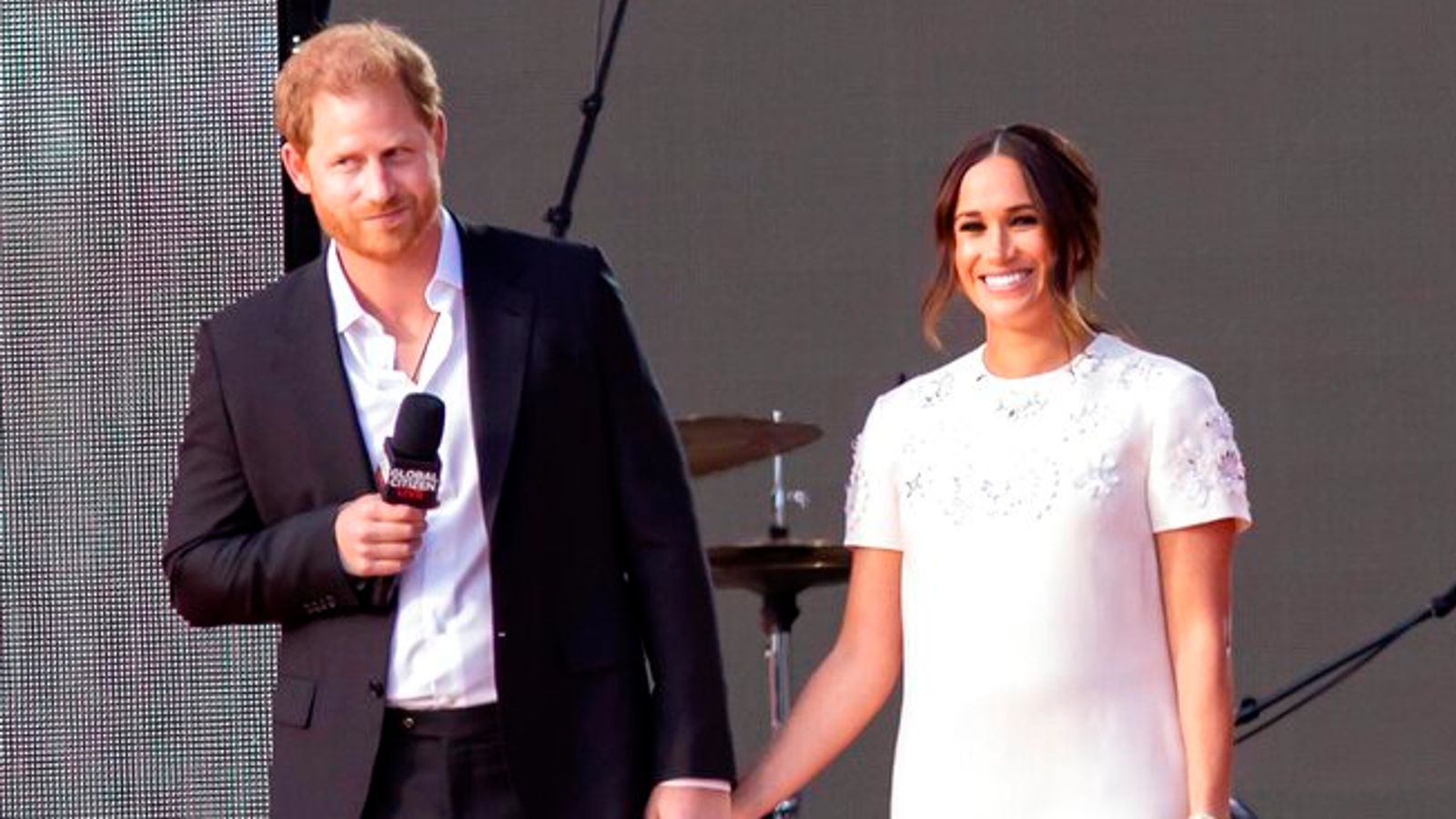 Prince Harry and Meghan have weighed in on the Spotify row, claiming they expressed concerns about the spread of misinformation on the platform last April.

Earlier this week, Joni Mitchell and Neil Young announced they would remove their music from the streaming giant due to the spread of misinformation on the Joe Rogan Experience podcast.

A statement from Duke and Duchess was shared online by journalist Omid Scobie, the author of Finding Freedom, a much-contested biography of the couple.

The statement said: “Since the inception of Archewell, we have worked to address the real-time global misinformation crisis. Hundreds of millions of people are affected by the serious harms of rampant mis- and disinformation every day.

“Last April, our co-founders began expressing concerns to our partners at Spotify about the all too real consequences of COVID-19 misinformation on its platform. We have continued to express our concerns to Spotify to ensure changes to its platform are made to help address this public health crisis.

In light of the ongoing controversy surrounding @Spotify’s continued support of Joe Rogan, whose podcast has spread proven misinformation about Covid-19 and vaccine efficacy, a spokesperson for Archewell (Prince Harry and Duchess Meghan’s foundation) says: pic.twitter.com/MZE7RqTNxY

“We look to Spotify to meet this moment and are committed to continuing our work together as it does.”

Sky News has contacted the Archewell Foundation for comment.

In 2020 Meghan and Harry signed a multi-year partnership with Spotify, under their brand Archewell Audio for an undisclosed sum – thought to be worth tens of millions of pounds – in which they agreed to host and produce podcasts.

However, apart from a “holiday special” on 29 December 2020, they have failed to release any other material.

A job advert posted by Gimlet said: “We’re currently assembling a show team that will build and launch a new original show with Archewell featuring the voices of high profile women.”

After Neil Young removed his music from Spotify, the platform said it hoped it could “welcome him back soon” and regretted his decision to remove tracks.

In response to Young’s concerns, Spotify said it aimed to balance “both safety for listeners and freedom for creators” and had removed over 20,000 podcast episodes related to COVID since the start of the pandemic.

It acquired The Joe Rogan Experience podcast in 2020, reportedly for more than $100m (£77m). Since then, it has grown to be the top-rated podcast on the platform.

Rogan has been known to air vaccine-sceptical views.

Earlier this month, 270 scientists and medical professionals signed a letter urging Spotify to take action against Rogan, accusing him of spreading falsehoods on the podcast.