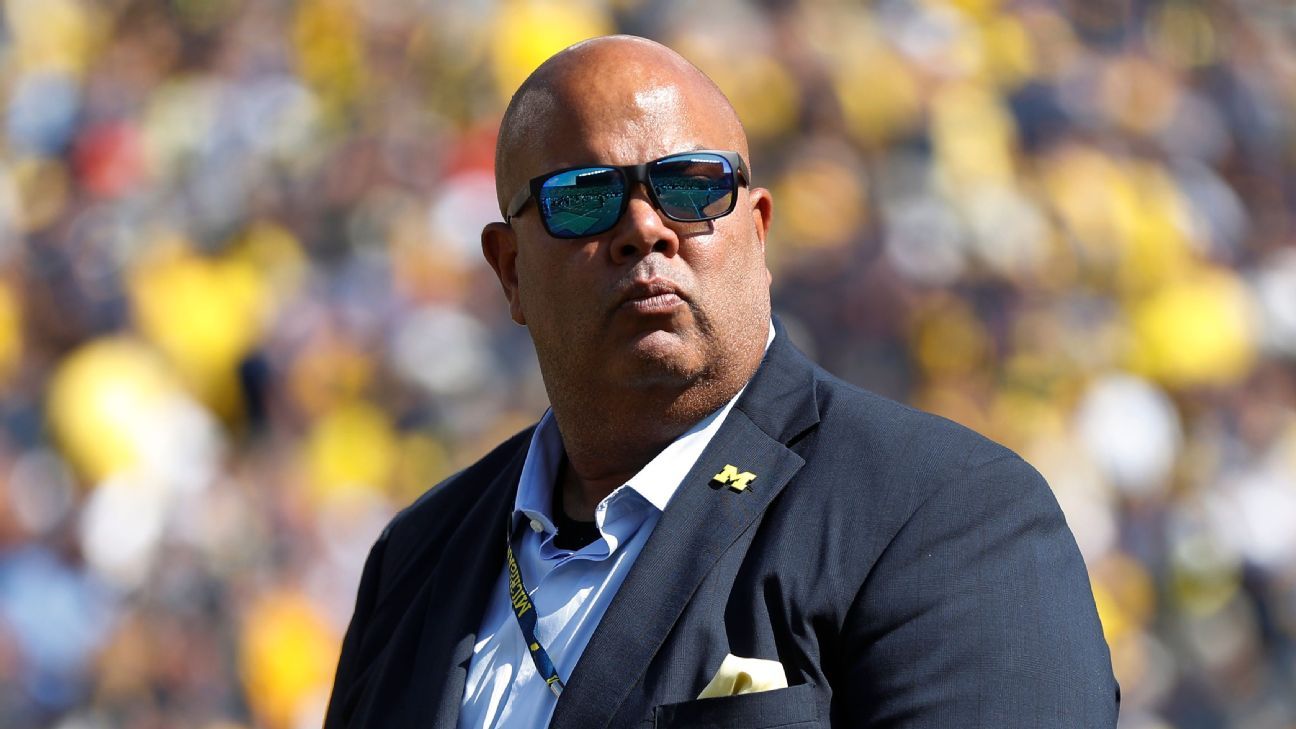 NC State athletic director Boo Corrigan, who is entering his second season on the committee, will chair the 13-member group tasked with determining the four best teams in the country. He replaces Iowa athletic director Gary Barta, whose term has expired. Other committee members whose terms expired include Paola Boivin, Charlie Cobb and Tyrone Willingham.

The CFP’s management committee, which is composed of the 10 FBS commissioners and Notre Dame athletic director Jack Swarbrick, nominated Corrigan as the committee chair. The four new members will begin three-year terms this spring.

“Chet, Jim, Warde and Kelly will be outstanding additions to the committee as we enter our ninth season,” CFP executive director Bill Hancock said. “Their expertise, knowledge and integrity, along with their love of college football, will allow them to fit right in with the returning members.”

The selection committee currently includes a mix of three former players, two former coaches, one former journalist and seven acting athletic directors. Each Power 5 conference has an athletic director on the committee, and the American Athletic Conference and Mountain West Conference are both represented.

Three of the athletic directors also played college football, including Manuel, Gladchuk and Colorado‘s Rick George, who was a four-year letter winner at cornerback for Illinois. Grobe and Hall of Fame coach Joe Taylor also have playing experience.

Manuel, who is in his sixth year leading the Wolverines’ athletic department, joins the committee on the heels of the program’s first appearance in the CFP. Manuel, who played for Michigan under Hall of Fame football coach Bo Schembechler, returned to Ann Arbor for his current role after nearly four years as athletic director at UConn. He also led the athletic department at State University of New York (SUNY) at Buffalo from 2005 to 2012.

Corrigan has been NC State’s athletic director since April 2019. Previously, he held the same position for eight years at West Point. Under his leadership, Army claimed 20 Patriot League regular-season or tournament championships and sent 14 teams to the NCAA postseason. He was named a 2017 Athletic Director of the Year by the National Association of Collegiate Directors of Athletics.

“We are pleased that Boo will serve as chair,” Hancock said in the news release. “He was an important member of the committee last year, and in this new role he will serve as a great manager inside the room and a wonderful spokesperson to the media and fans.”

Before joining Army, Corrigan worked for three years in the athletic department at Duke. He also served five years at Notre Dame and three years at the U.S. Naval Academy.

“I thoroughly enjoyed my first year on the committee,” Corrigan said in a statement. “It was a privilege to serve alongside the other members. I’m honored to be asked to serve as committee chair and look forward to working with an outstanding group of individuals who are deeply committed to college football.”

The Group of 5 athletic directors include Wyoming‘s Tom Burman and Navy’s Gladchuk, who has led the Midshipmen for the past 20 years. Gladchuk came to the Naval Academy in 2001 from Houston, where he had held the same position for four years.

Before Houston, Gladchuk was athletic director at his alma mater, Boston College, for seven years. He also lettered in football at BC.

Grobe’s coaching career spanned 40 years, including 20 as a head coach at Ohio (1995 to 2000), Wake Forest (2001 to 2013) and Baylor (2016). In his 13 seasons with the Demon Deacons, he led the program to five of its eight all-time bowl appearances at the time. In 2006, Grobe was national coach of the year after Wake Forest won a school-record 11 games and defeated Georgia Tech to capture the school’s second-ever ACC title.

Since its inception, the CFP has always included one former college football reporter at the table. Whiteside, who replaces Boivin in that role as well as the only woman in the group, spent 14 years at USA Today as the national college football writer.

Whiteside has also covered seven Olympic Games, nine World Cups (men’s and women’s) and the NFL, NBA, MLB, NHL and multiple college sports. She was also the first woman president of the Football Writers Association of America. Before joining USA Today, she was a reporter at Newsday and a staff writer at Sports Illustrated. Her work has also appeared in The New York Times.