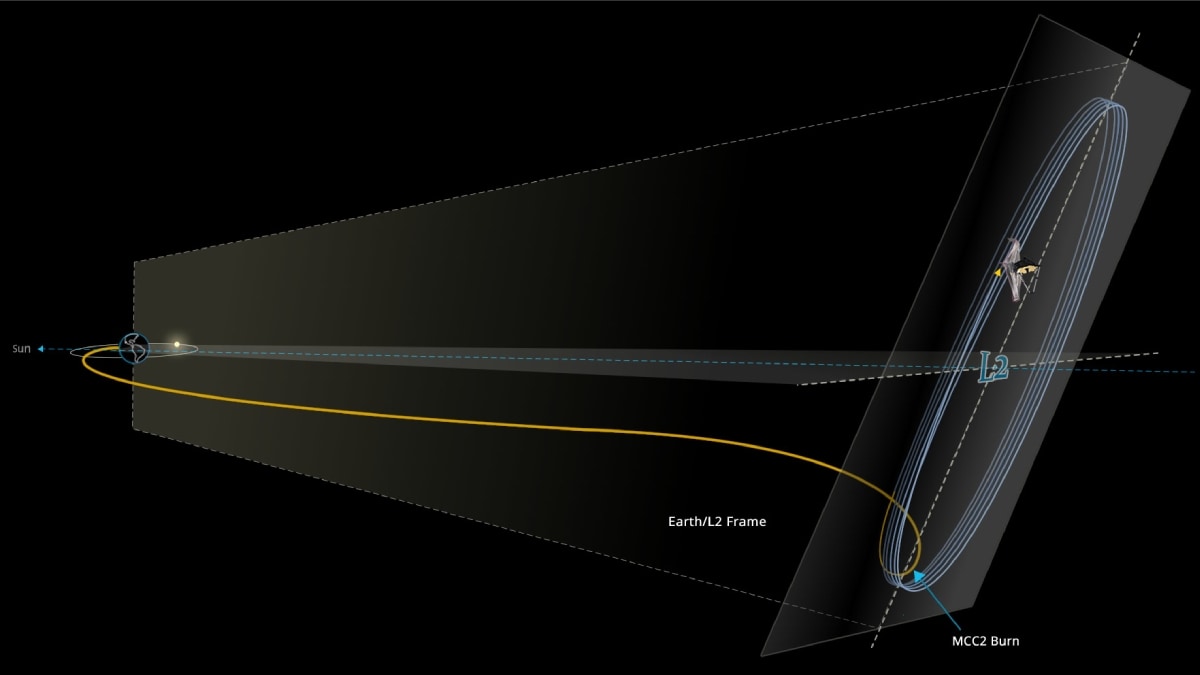 Exactly a month after it was launched, NASA’s James Webb Space Telescope has reached a position in space from where it will quietly observe the many intriguing events of the cosmos. The Lagrange Point 2, as it’s known, is located 1.5 million kilometres away from Earth on its nightside. The telescope was put into this orbit following a five-minute nudge by its thrusters. The James Webb telescope has spent the past month gradually and delicately unfolding its mirrors and several other equipment that were packed into the rocket and launched on Christmas last year. Engineers have worked on it patiently, giving commands from ground control.

The most powerful observatory ever to launch to space will now ready itself in the coming weeks and months for its actual mission — unearthing the mysteries of the Universe and its evolution. Its new home, the Lagrange point, is a gravitationally stable point in space.

“Home, home on Lagrange! We successfully completed our burn to start NASA Webb on its orbit of the 2nd Lagrange point (L2), about a million miles (1.5 million km) from Earth. It will orbit the Sun, in line with Earth, as it orbits L2,” NASA tweeted via its official James Webb Space Telescope handle.

Positioned strategically at this orbit, James Webb will now have a wide view of the cosmos at any given moment. The course corrections, so far, have used very little fuel and that leaves the observatory with adequate propellant for its remaining lifetime being the space-based eyes of our astronomers.