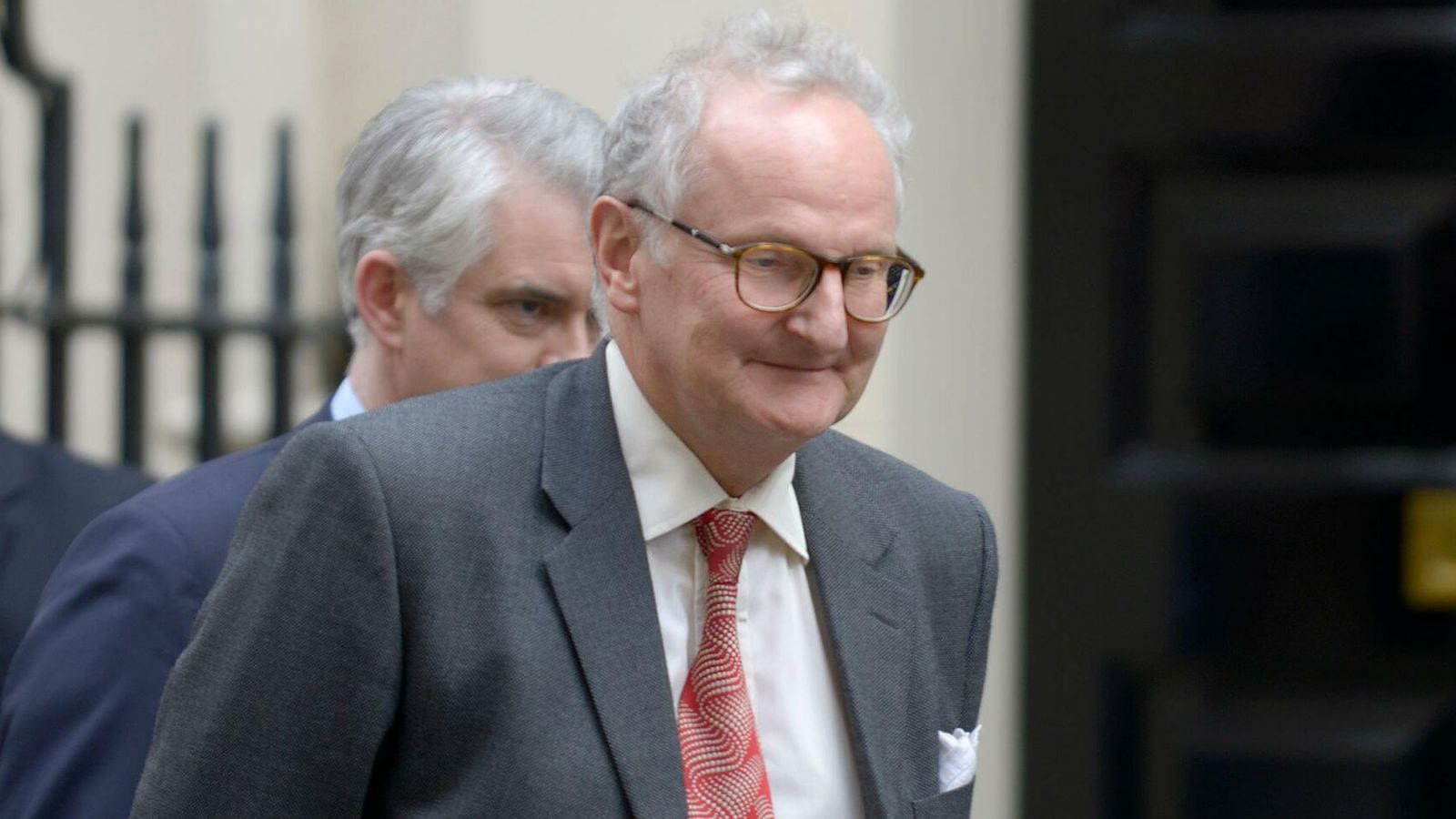 A minister has resigned at the despatch box after criticising the government’s record on tackling fraud in the coronavirus business schemes.

Lord Agnew, who was both a Treasury and Cabinet Office minister, dramatically quit his role in Boris Johnson’s government in the House of Lords on Monday afternoon, saying the Department for Business, Energy and Industrial Strategy had shown a “lamentable” oversight of COVID loan schemes which has resulted in large amounts of fraud being committed.

The peer told the chamber that the Treasury “appears to have no knowledge or little interest in the consequences of fraud to our economy or our society”, adding that a mix of “arrogance, indolence and ignorance freezes the government machine”.

Lord Agnew added that his remarks and resignation is “not an attack on the prime minister”.

More than £47bn was given to small businesses under the government’s largest coronavirus scheme – the bounce back loan scheme (BBLS) – which had the aim of saving companies at risk during the pandemic.

The National Audit Office has estimated that as much as £5bn of this could have been fraudulently claimed.

A Downing Street spokesperson said: “We are grateful to Lord Agnew for his significant contribution he has made to government.”

Prior to announcing his resignation, Lord Agnew was updating peers about the £4.3 billion of COVID loans – written off by the Treasury – which Labour said has gone to “fraudsters”.

The former minister said government oversight of the various coronavirus business schemes has been “nothing less than desperately inadequate” and that “schoolboy errors were made”.

“My Lords, you can see is my deeply held conviction that the current state of affairs is not acceptable,” he told peers.

“Given that I’m the minister for counter fraud, it feels somewhat dishonest to stay on in that role if I’m incapable of doing it properly, let alone defending our track record.

“It is that is for this reason that I’ve suddenly decided to tender my resignation as a minister across the Treasury and Cabinet Office with immediate effect.

“I would be grateful if my noble Lord would pass this lead on to the prime minister at his earliest convenience.

“It is worth saying that none of this relates to far more dramatic political events being played out across Westminster. This is not an attack on the Prime Minister and I’m sorry for the inconvenience it will cause.”

“Of course, not all can be stopped – but a combination of arrogance, indolence and ignorance freezes the government machine.

“Action taken today will give this government a sporting chance of cutting income tax before a likely may 2024 election. If my removal helps that to happen, it would have been worth it.”

Lord Agnew’s resignation over this Government’s failure is more integrity than Boris Johnson can manage.

It is no surprise that a Minister feels unable to defend the waste of billions of taxpayer pounds on crony contracts and fraud.

Shadow chancellor Rachel Reeves said Lord Agnew’s resignation is “a damning indictment of the chancellor and the government’s failures on fraud”.

“That the government’s own anti-fraud minister feels he is unable to defend the government’s record on billions of pounds of taxpayer cash gifted to criminals tells you all you need to know about the incompetence of this government,” Ms Reeves said in a statement.

“It should be a source of enduring shame to the chancellor that he has so casually written off £4.3bn of taxpayers’ money that is now in the hand of criminals and gangs.

“Coming on top of billions spent on crony contracts and billions more lost in loan fraud schemes, these levels of waste destroy any claim the Conservatives have to careful stewardship of the public finances. Labour would treat every pound of taxpayer money with the respect it deserves.”

Labour’s deputy leader Angela Rayner added: “It is no surprise that a minister feels unable to defend the waste of billions of taxpayer pounds on crony contracts and fraud. ‘Arrogance, indolence and ignorance’ indeed.”

After concluding his resignation speech, Lord Agnew exited the chamber to applause from some peers.

Number 10 insisted to reporters the government had been clear fraud was “unacceptable” following Lord Agnew’s resignation.

The prime minister’s official spokesman said: “On the wider issues that he’s raised, we introduced our unprecedented COVID support schemes at speed to protect jobs and livelihoods, helping millions of people across the UK, including nearly £12m on the furlough scheme alone.

“We’ve always been clear fraud is unacceptable and are taking action against those abusing the system, with 150,000 ineligible claims blocked, £500 million recovered last year and the HMRC tax protection taskforce is expected to recover an additional £1 billion of taxpayers’ money.”

It is not the first time a minister has resigned at the despatch box in the House of Lords.

Back in 2018, Lord Bates stunned peers when he announced he would quit as he was “ashamed” for failing to turn up on time in the upper chamber.

However, the international development minister’s offer of resignation was rejected by the then prime minister Theresa May. He subsequently left the government the following year.