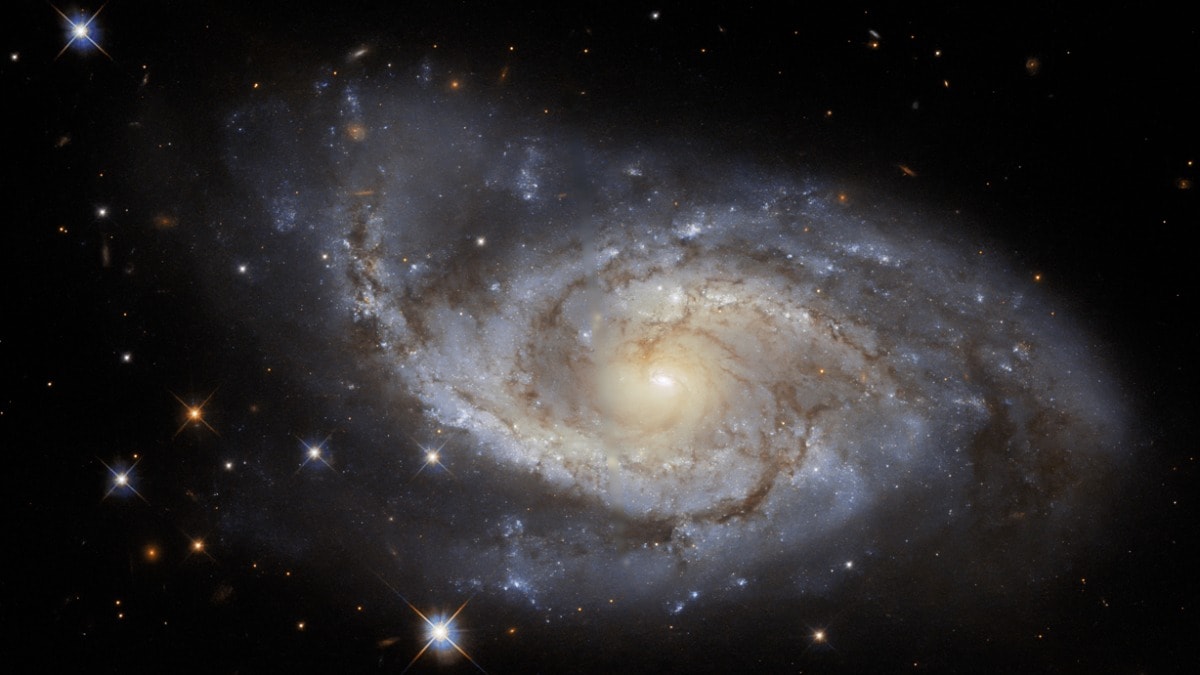 Hubble Space Telescope provides astronomers with breathtaking images of the cosmos for deeper studies. Recently, the telescope shared yet another strikingly beautiful image. This time, it captured the NGC 3318 galaxy, which lies in the constellation Vela, located about 115 million light-years away from the Earth. The image was shared by the European Space Agency (ESA) on its official Instagram handle. Stating that the spiral arms of the galaxy were lazily draped across in the image, ESA added that “Vela was originally part of a far larger constellation, known as Argo Navis after the fabled ship Argo from Greek mythology.”

However, “this unwieldy constellation proved to be impractically large. Argo Navis was split into three separate parts called Carnina, Puppis, and Vela — each named after part of the Argo. As befits a galaxy in a nautically inspired constellation, the outer edges of NGC 3318 almost resemble a ship’s sails billowing in a gentle breeze.”

In the caption, ESA added that despite its calm exterior, NGC 3318 has been the site of a breathtakingly “violent astronomical phenomenon.” The giant supernova was discovered by an amateur astronomer in 2000. Because of the distance between NGC 3318 and Earth, the original supernova must have occurred in or around 1885. This was also the year when 19th-century astronomers watched the only supernova ever detected in our neighbouring galaxy, Andromeda.

Within a few hours of being shared, the Instagram post was liked by over 7,000 people. Few days ago, NASA, too, had shared the same image on Instagram. The space agency titled the post, “Set sail on a cosmic sailboat.”

A couple of weeks ago, NASA shared an image of a duo of seemingly colliding galaxies captured by the Hubble telescope. The galaxies were located in the Pisces constellation, 215 million light-years away from Earth. NASA stated they appeared to be colliding, but they were actually far away, and called it a “circumstance of perspective.”

Hubble is a joint project of NASA and ESA. Since its launch in April 1990, the telescope has acquired images of stars emerging out of blazing dust clouds, remnants of supernovae explosions, and has assisted astronomers in uncovering some of the space’s deepest secrets. It will soon be succeeded by the recently launched James Webb Space Telescope.