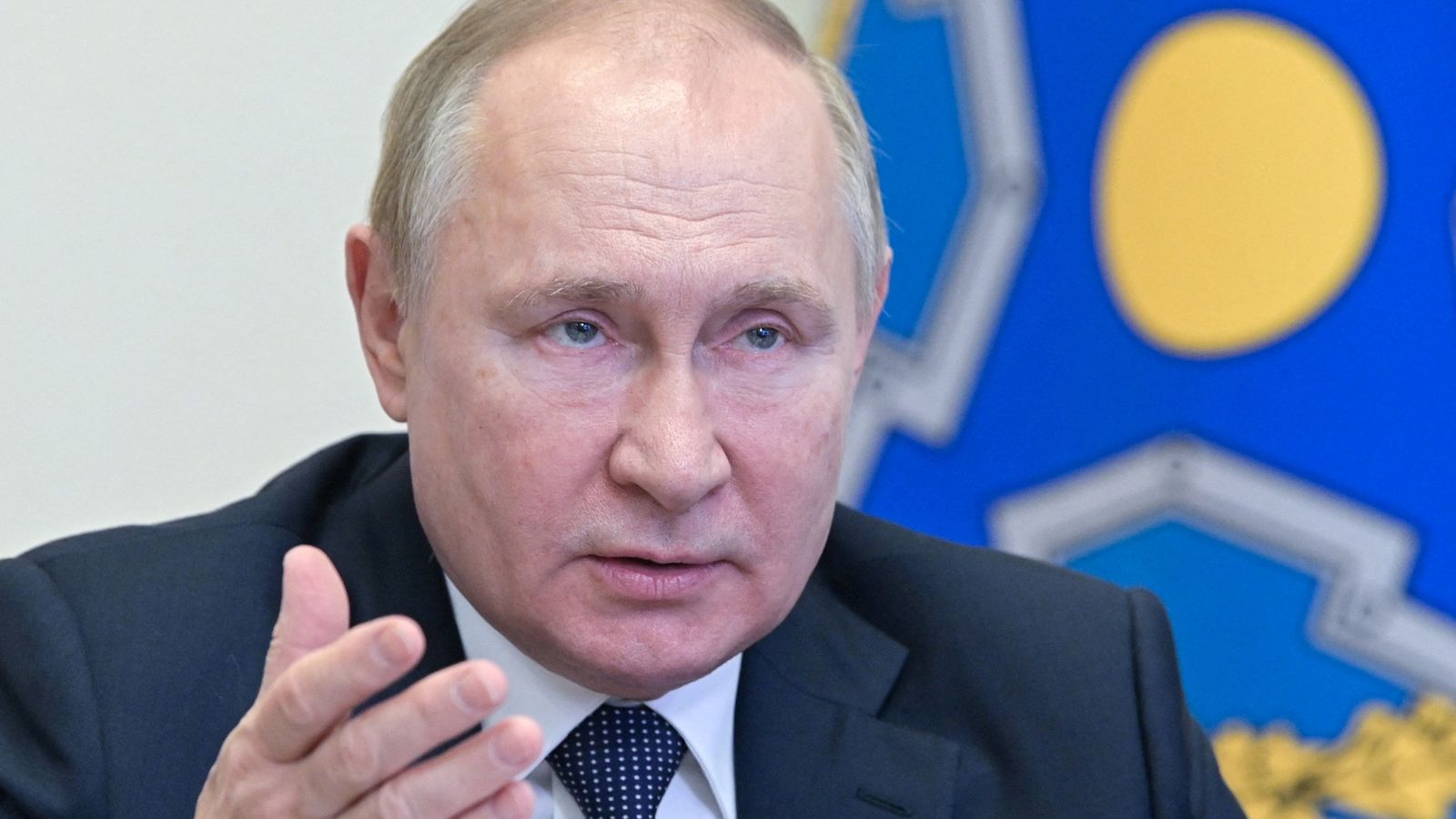 Britain has accused Russia of a shadowy plot to install a pro-Kremlin government in Kyiv as Moscow weighs up a further invasion of Ukraine.

In a highly-unusual move that appeared to be based on specially declassified intelligence, the Foreign Office alleged that a former Ukrainian MP was “being considered as a potential candidate” as a new leader in what would be a significant escalation of the crisis.

President Volodymyr Zelenskiy is the current leader of Ukraine. He would like his country to join the European Union and the NATO defence alliance.

What’s going on at Russia-Ukraine border?

“We have information that indicates the Russian government is looking to install a pro-Russian leader in Kyiv as it considers whether to invade and occupy Ukraine,” the Foreign, Commonwealth and Development Office said in a brief statement. It did not elaborate further on how this plan would be achieved.

The claims came as Boris Johnson cautioned against being “naive” when dealing with President Vladimir Putin following weeks of dialogue between Russia and Western allies to try to resolve the crisis over Ukraine and wider European security.

“The Prime Minister’s view is that the situation in Ukraine is the biggest test to the unity and resolve of the West and the NATO alliance in decades,” a Downing Street source said.

“It would be frankly naive to assume that Russia could be mollified by changes to the European security architecture – the Kremlin’s behaviour has made that consistently clear.”

The source said Mr Johnson regards the stand-off as “gravely dangerous” and is being briefed on the situation daily.

He is expected to tell Ben Wallace, the defence secretary, to accept an invitation to meet with the Russian defence minister in Moscow in the coming days.

As well as warning of a de facto coup plot, the Foreign Office claimed to have information that Russia’s intelligence services maintain links with “numerous” former Ukrainian politicians, including ex-prime ministers and a chief of staff to former president Viktor Yanukovych.

“Some of these have contact with Russian intelligence officers currently involved in the planning for an attack on Ukraine,” it said.

The Foreign Office did not provide evidence to support the allegations given the secretive nature of its sources.

Liz Truss, the foreign secretary, said: “The information being released today shines a light on the extent of Russian activity designed to subvert Ukraine, and is an insight into Kremlin thinking.”

Sky News understands that Britain’s spy agencies are being encouraged to do more with what they know at a time when information can be a powerful tool to expose the schemes of an opponent.

Ms Truss added in the statement: “Russia must de-escalate, end its campaigns of aggression and disinformation, and pursue a path of diplomacy. As the UK and our partners have said repeatedly, any Russian military incursion into Ukraine would be a massive strategic mistake with severe costs.”

Information is being used as a tactic by both sides to undermine the other or gain an advantage as tensions between Russia and Western allies mount over Ukraine and wider European security.

It is a form of virtual conflict that takes place in a grey zone under the threshold of war.

The Foreign Office statement named the former Ukrainian MP who it alleged was being considered by Russia as a potential future Ukrainian leader as Yevhen Murayev.

It was not immediately possible to get a response from Mr Murayev to the claim.

The former politician lost his seat in the Ukrainian parliament when his party failed to secure 5% of the vote in elections in 2019.

He has reportedly spoken out in the past in support of Russia’s annexation of Crimea from Ukraine in 2014.

Mr Sivkovich was called out earlier in the week by the US government, which also accused the Russian government of influence operations to destabilise Ukraine.

The US Treasury Department imposed sanctions on a total of four Ukrainian officials, with Antony Blinken, the secretary of state, accusing them of being at the heart of an effort that began in 2020 “to degrade the ability of the Ukrainian state to independently function”.

The UK allegations emerged as Mr Johnson was expected to increase pressure on Russia this week, with Whitehall departments preparing to stand-up specialist counter-disinformation cells.

This kind of activity also happened in the wake of the Novichok nerve agent attack against a former Russian double agent, Sergei Skripal, and his daughter in Salisbury in 2018.

The UK blamed Russia for the attempted double murder – an allegation that Moscow denied. Russian media then amplified the denials as well as baseless, counter-allegations that the UK was to blame.

The UK government’s disinformation effort was focused on calling out the false Russian narratives and amplifying official British messages.