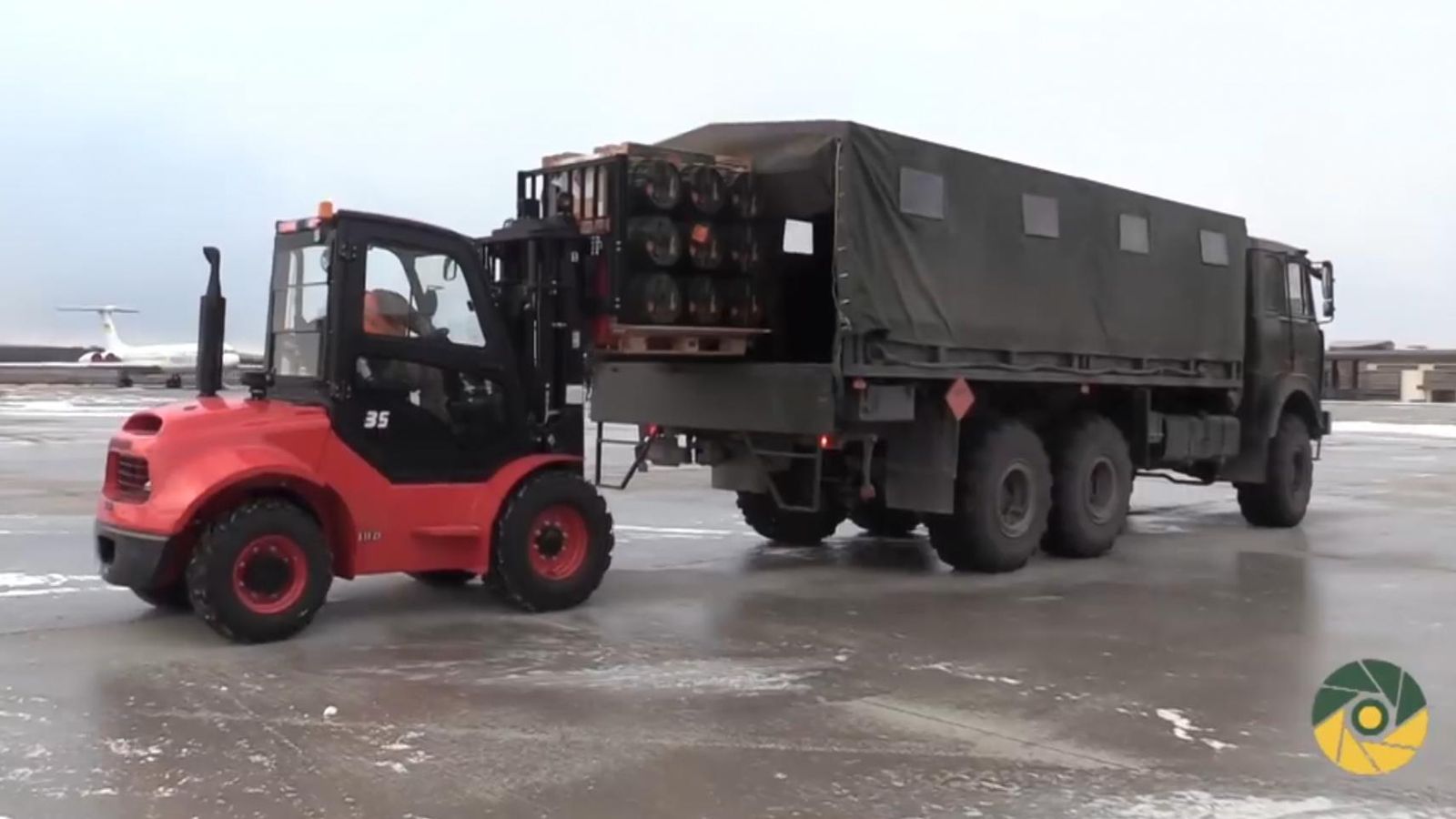 Britain’s armed forces have flown some 2,000 anti-tank weapons to Ukraine this week amid fears of an imminent, new Russian invasion.

Open source flight-tracking software has plotted Royal Air Force C-17 transport aircraft flying back and forth between the UK and Ukraine.

The Daily Mail first reported that the UK had sent 2,000 anti-tank missile launchers in the airlifts. This figure is thought to be accurate.

George Allison, of the UK Defence Journal, a website focused on defence news, posted on Twitter a time-lapse of the flights, which he said began on Monday.

Here’s a time-lapse of all of the United Kingdom to #Ukraine weapons airlift flights from the morning of the 17th of January to this very minute on the 19th of January 2022. The UK has no intention of letting Ukraine fall. pic.twitter.com/p4DcNv25mt

The UK is understood to have gifted the Next Generation Light Anti-Tank Weapon, (NLAW), which is described by its manufacturers as “the first ever single soldier missile system that rapidly knocks out any Main Battle Tank in just one shot by striking it from above”.

The movement of weapons came after Defence Secretary Ben Wallace announced to parliament on Monday that Britain would increase its military support to Ukraine, which also included an increase in British military personnel on the ground as trainers.

“We have taken the decision to supply Ukraine with light, anti-armour, defensive weapon systems,” he said.

“A small number of UK personnel will also provide early-stage training for a short period of time, within the framework of Operation Orbital, before then returning to the UK.”

Operation Orbital is the name of a British training mission in Ukraine that was set up in 2015 following Russia’s annexation of Crimea the previous year and backing of an insurgency in the east of the country.

Mr Wallace added: “Let me be clear: this support is for short-range, and clearly defensive weapons capabilities; they are not strategic weapons and pose no threat to Russia.

“They are to use in self-defence and the UK personnel providing the early-stage training will return to the UK after completing it.”

But Russia viewed the move with suspicion.

The Russian Embassy to the UK posted on Twitter: “It is crystal clear that UK shipment of lethal weapons to Ukraine will only fuel the crisis.”

New audio released of Alex Murdaugh’s interview with investigators
What we know about Nicola Bulley’s disappearance
Tiny, radioactive capsule went missing. See where it was found
Who are the key players in the Russia-Ukraine crisis?
Professor breaks down why Earth’s inner core may have stopped