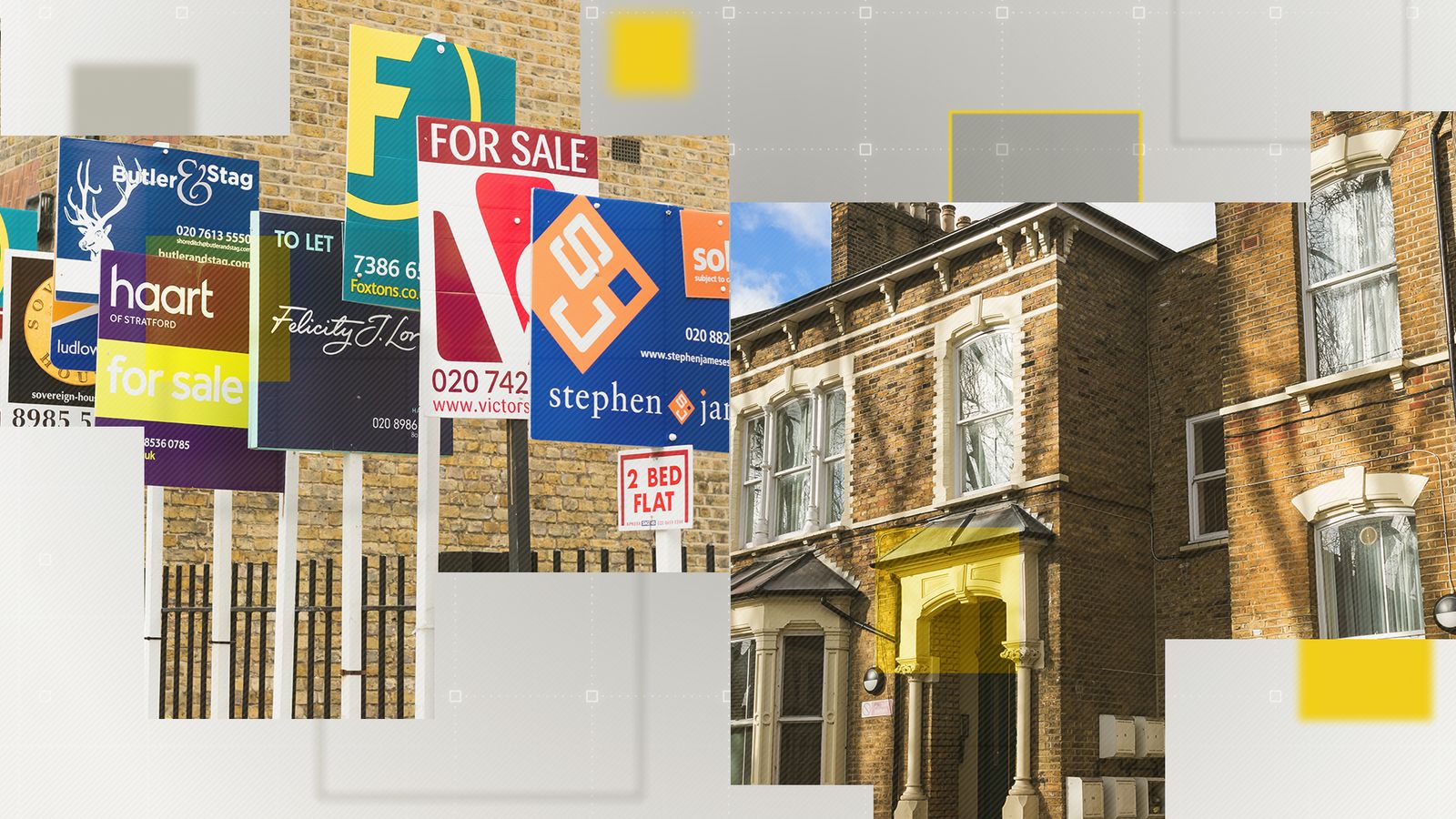 Sky News analysis of new data shows that it is becoming increasingly difficult to buy a home, especially for people in the parts of the country on the lowest incomes.

Rents are also rising, albeit at a more moderate pace, with the exception of London where prices are actually falling.

The price of the average UK house increased 10% in the year to November 2021 to more than £270,000, according to data from HM Land Registry.

Wages rises have not followed the same trajectory as house prices since the start of 2015, but have grown more quickly than rents. The relative affordability of renting raises the question: Will the UK continue to be a nation of home owners?

Krishan Shah, researcher at think tank the Resolution Foundation, says that house price inflation has outpaced wages since the ’80s.

“Only 4% of young people between the ages of 25 and 34 have enough savings and earnings to access the typical first-buyer property, which means that a large number are forced to rent,” he says.

The South West was the region with the highest annual house price and rent inflation, closely followed by the East of England.

Meanwhile, London lagged behind other regions with an annual increase of just over 5% and a fall in rents.

Where are house prices rising the most?

For people in the parts of the country on the lowest average pay, buying a home is becoming especially difficult.

Ceredigion on the Welsh coast experienced the highest inflation of almost 33% over the past two years, despite being in the bottom third of UK local authorities for average weekly wages.

Shah says that this reflects a “race to space” as the pandemic has inspired many to move away from the city centre.

“We’re seeing people move out of the city and go to more rural areas, which have lower disposable income because they don’t have city industries,” he says.

This can also be seen in the data for different property types, as the growth in flat prices has diverged from the trends in other house prices since the start of the pandemic.

What about the rental market?

New data from rental website SpareRoom shows that room rents in London are at seven-year lows, despite rising across almost every other UK region.

Falling prices in major cities reflect the same pandemic-related shifts discussed above, says the Resolution Foundation’s Shah. But, it’s not all good news, as rents are already at “unsustainable levels”, costing the average household around a third of their income.

Matt Hutchinson, director at SpareRoom, adds that renters will feel the pinch from high prices as other household expenses, such as food and energy bills, become more expensive.

“There’s a bit of a crisis in the rental market in terms of affordability,” he says. “And people are going to find themselves very hard hit as they don’t have deep pockets to soak this up anymore.”

The Data and Forensics team is a multi-skilled unit dedicated to providing transparent journalism from Sky News. We gather, analyse and visualise data to tell data-driven stories. We combine traditional reporting skills with advanced analysis of satellite images, social media and other open source information. Through multimedia storytelling we aim to better explain the world while also showing how our journalism is done.