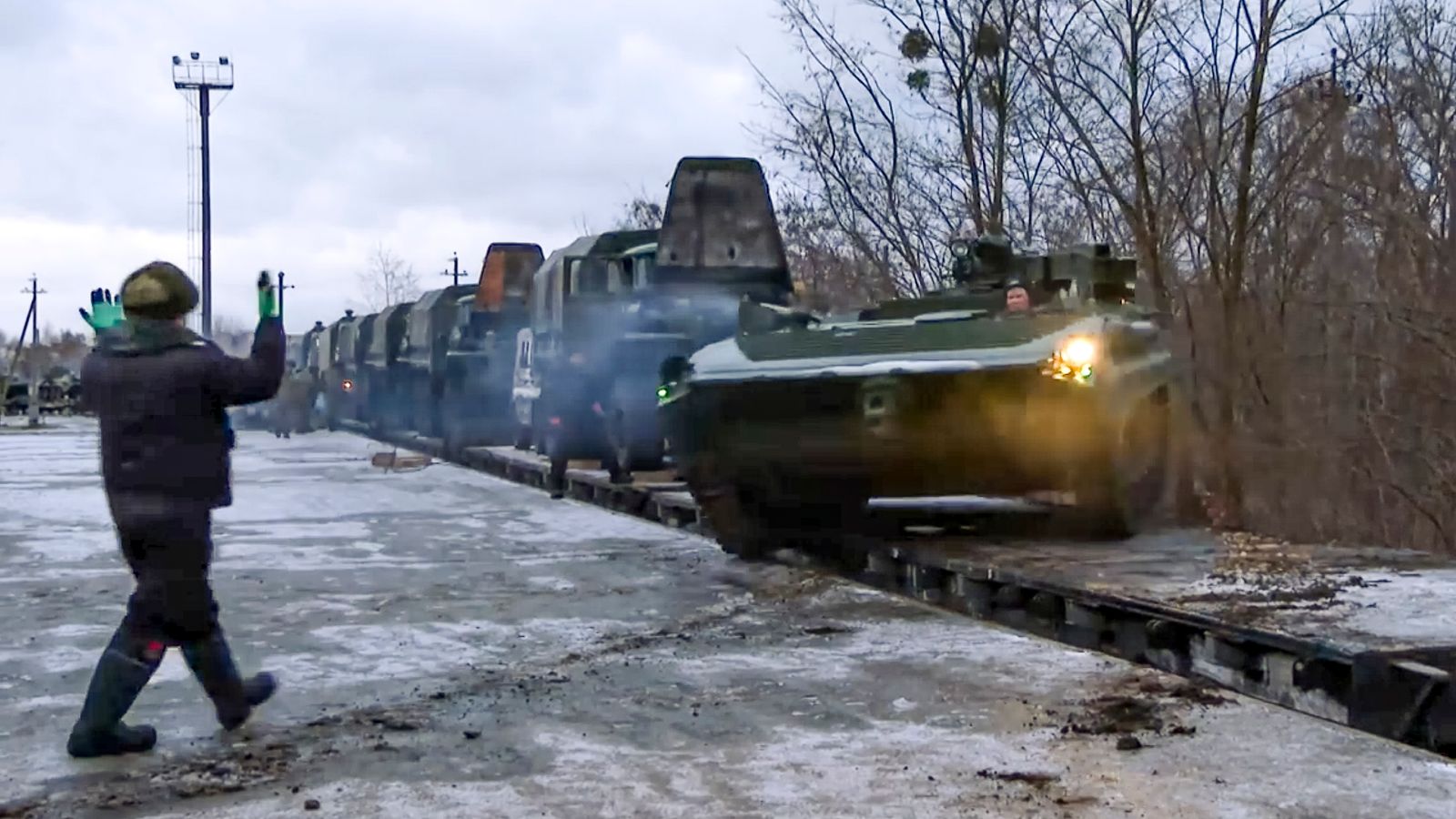 US Secretary of State Antony Blinken has warned Russia that the world is watching as Moscow continues military manoeuvres involving 100,000 troops on the border with Ukraine.

After talks with Ukraine’s government in Kyiv, America’s top diplomat said Russia could double that number in short order and launch an attack on its neighbour.

Mr Blinken is now engaged in a three country bout of shuttle diplomacy to ease the crisis. US officials say progress is only possible in an environment of de-escalation.

The opposite appears to be happening with Russia moving more troops into Belarus to the north of Ukraine.

The US is sending further military materiel to Ukraine and will supply more if Russia invades as well as bolstering forces in Ukraine’s neighbours. The secretary of state also warned Ukraine to stand firm and united against Russian efforts to divide them.

The US clearly still believes it is worth pursuing diplomacy.

Surprisingly the Russians do too, given their rhetoric after days of intensive diplomacy last week.

Russian officials had said diplomacy had reached a dead end and ended in failure.

But Russian foreign minister Sergei Lavrov clearly believes there is something to talk about – agreeing to talks with his US counterpart on Friday in Geneva.

Mr Blinken will shuttle between Kyiv and meetings with allies in Berlin before heading for the Swiss city to meet the Russian.

The question is what they will find to discuss after the lack of progress in last week’s exhaustive drive to find a breakthrough. There is still a gulf between the two sides.

Russia wants cast iron guarantees that Ukraine can never join NATO. The US has ruled that out repeatedly. 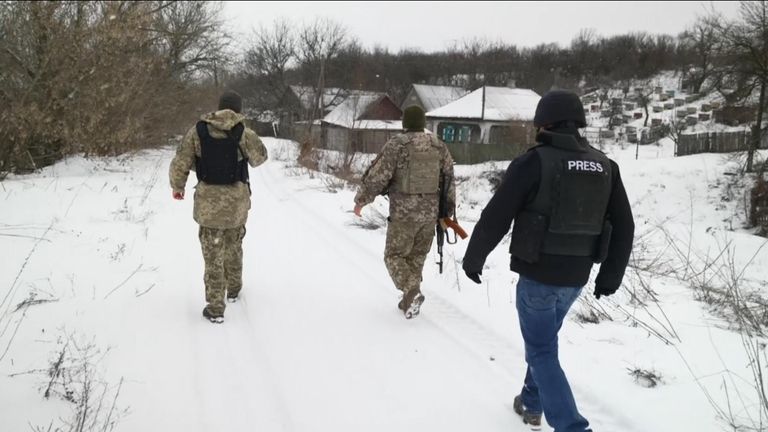 On the frontline of Ukraine-Russia crisis

Russia says it hopes for written concrete responses to its demands by the end of the week. Russia clearly believes there is something to be gained from talks unless it is looking for a pretext in failure to launch military action.

Eyewitness: Inside the eerie village on the frontline of separatist conflict

US diplomats say they do not believe President Vladimir Putin has yet decided whether to launch an invasion but say he has until mid-February to do so, because of meteorological constraints. If he does, they say there will be massive consequences for Russia.

This crisis is heading for crunch time.

The two diplomats are very different in style.

Mr Lavrov is a seasoned diplomatic bruiser with a gravelly voice and penchant for punchy one-liners.

Mr Blinken is a softly-spoken foreign policy maven, one of the brightest of his generation.

The outcome of their meeting could have major implications for peace and security in Europe.