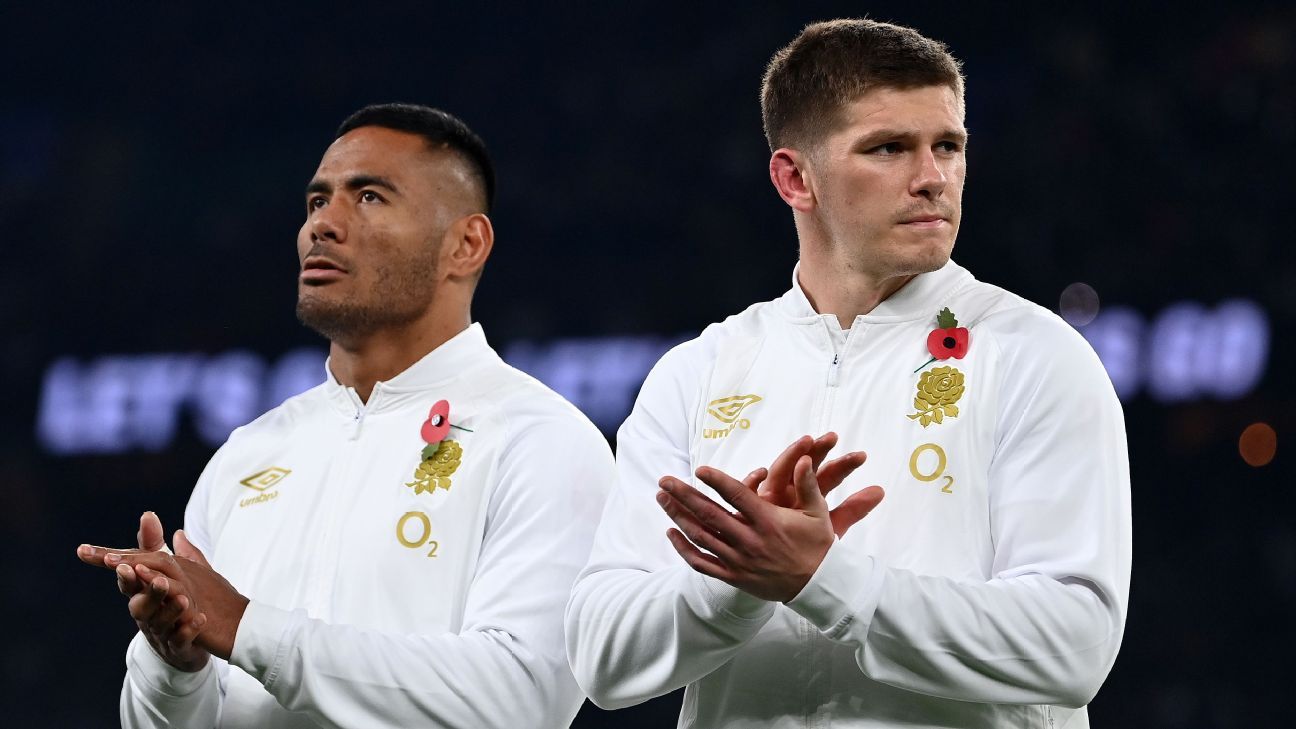 Owen Farrell has retained his England captaincy for the 2022 Six Nations while George Ford, Elliot Day, Sam Underhill and Mako and Billy Vunipola miss out on the squad.

Manu Tuilagi was also not named in the 36-man squad announced by coach Eddie Jones on Tuesday but he is expected to join when he returns from injury.

The squad will come together on Jan. 24 for a five day training camp before their first game against Scotland on Feb. 5.

“Selecting this squad has been a difficult task, we’ve got plenty of good young players coming through and some of our more experienced are rediscovering their best form,” Jones said in a statement.

“We think this 36 for the first training week reflects a good balance of that experience and up-and-coming talent.

“In Brighton [on Jan. 24] we’ll focus on getting the fundamentals of our game in play right and developing the cohesion of the team.

“The Six Nations is going to be the most competitive we’ve ever seen. All the countries performed well in the autumn, so we need to be at our best and improve with every game.”

Ben Youngs could become England men’s most-capped player during the tournament as he is just two caps behind Jason Leonard’s record of 114 caps. Youngs made his debut for England in March 2010.

Kyle Sinckler could also reach 50 caps in the tournament.