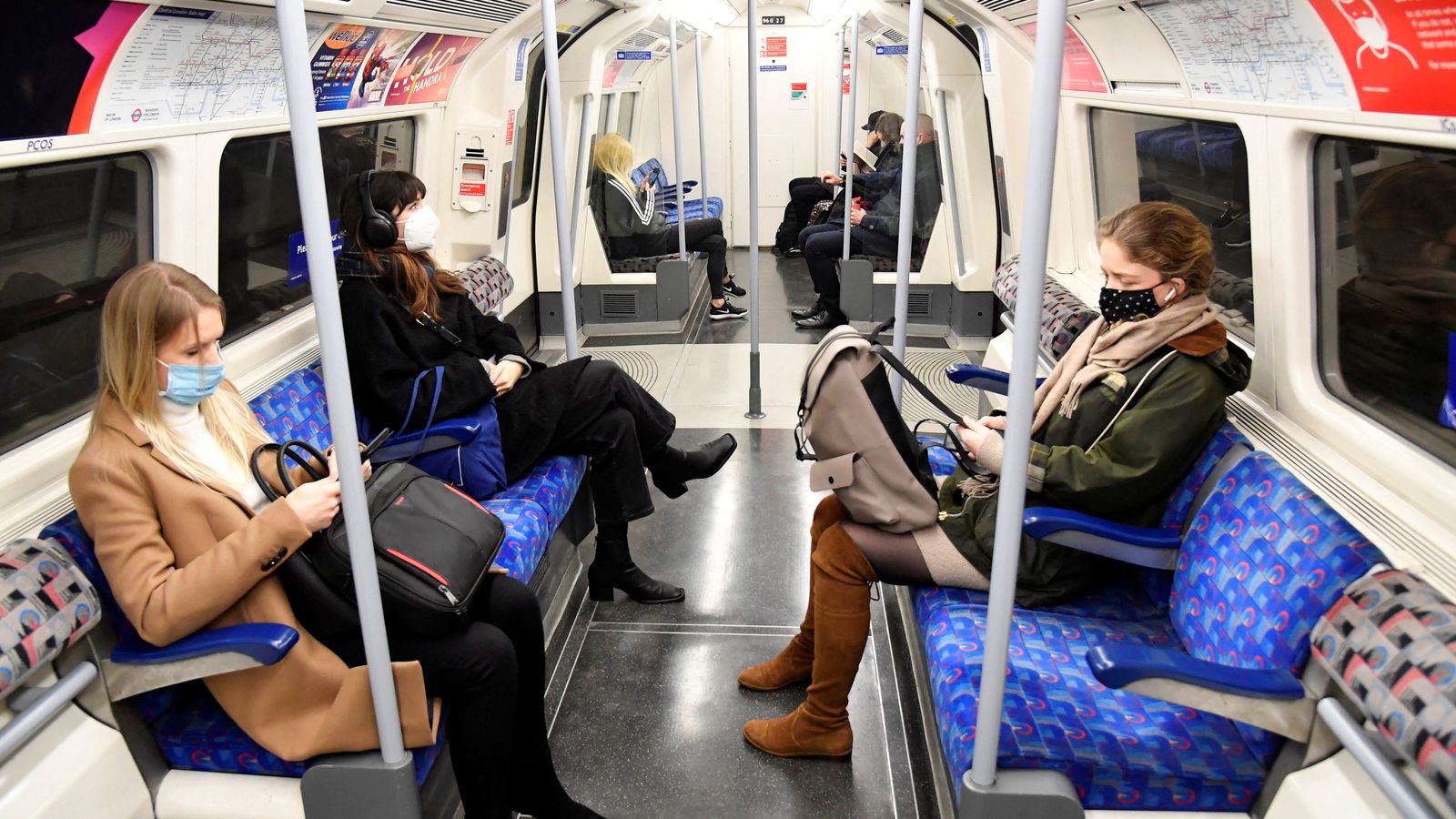 Work from home guidance, COVID passports and mandatory wearing of face-masks will be scrapped in England, as Boris Johnson announced the lifting of Plan B measures.

The prime minister said people will no longer be told to work from home “from now on”, and from Thursday next week mandatory mask-wearing and COVID certification will end.

He confirmed the intention to end self-isolation rules for people with coronavirus in the coming weeks. The legal requirement would lapse when the regulations expire on 24 March, he said, and that date could be brought forward.

The PM told the Commons cases were falling and the Omicron wave had likely peaked nationally, meaning rules could now be eased.

Mr Johnson said it was time to “trust the judgement” of the public on the use of masks in enclosed and crowded places, and they will be scrapped in classrooms from tomorrow.

Restrictions on visits to care homes would also be eased further, with Health Secretary Sajid Javid setting out plans “in the coming days”.

The prime minister went through the latest COVID-19 data on Wednesday morning with his ministers, before making his statement to MPs. 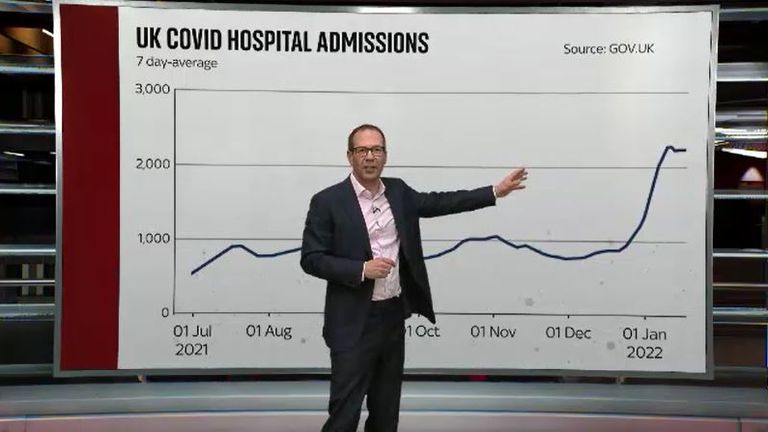 Coronavirus infection levels in three of the four UK nations – England, Scotland and Wales – have fallen for the first time since before Christmas, suggesting the peak of the latest wave of coronavirus may have passed.

An estimated one in 20 people in private households in England are likely to have had the virus in the week to 15 January – or around three million people – down from a record 3.7 million the previous week, according to the latest Office for National Statistics data.

For Northern Ireland the latest figure is also one in 20, but number of people testing positive is up slightly from 99,200 to 104,300, with the ONS describing the trend as “uncertain”.

A further 94,432 lab-confirmed COVID cases were recorded in the UK as of 9am on Tuesday.

The highest number of new cases to be reported on a single day during the current wave was 218,724 on 4 January.

More than 34,000 people were in hospital with the virus at the peak of the second wave back in January 2021.

Meanwhile, another 438 people were reported to have died within 28 days of a positive test, taking the total since the pandemic began in 2020 to 152,513.

This figure is the highest daily total since last February, but Sky’s science correspondent Thomas Moore said a “large part” of this is due to reporting delays.

Mr Johnson’s Commons announcement comes as pressure continues to mount over parties and gatherings held in Downing Street and other government departments in 2020 and 2021.

There is speculation that a confidence vote in the PM’s leadership of his Conservative Party could soon be triggered by restive Tory MPs.

Around 12 more letters of no confidence in the PM were submitted this morning, according to Sky News political correspondents Sam Coates and Joe Pike.

And just before Prime Minister’s Questions earlier, Bury South MP Christian Wakeford announced he had defected from the Conservatives to Labour, accusing Mr Johnson of being “incapable of offering the leadership”.