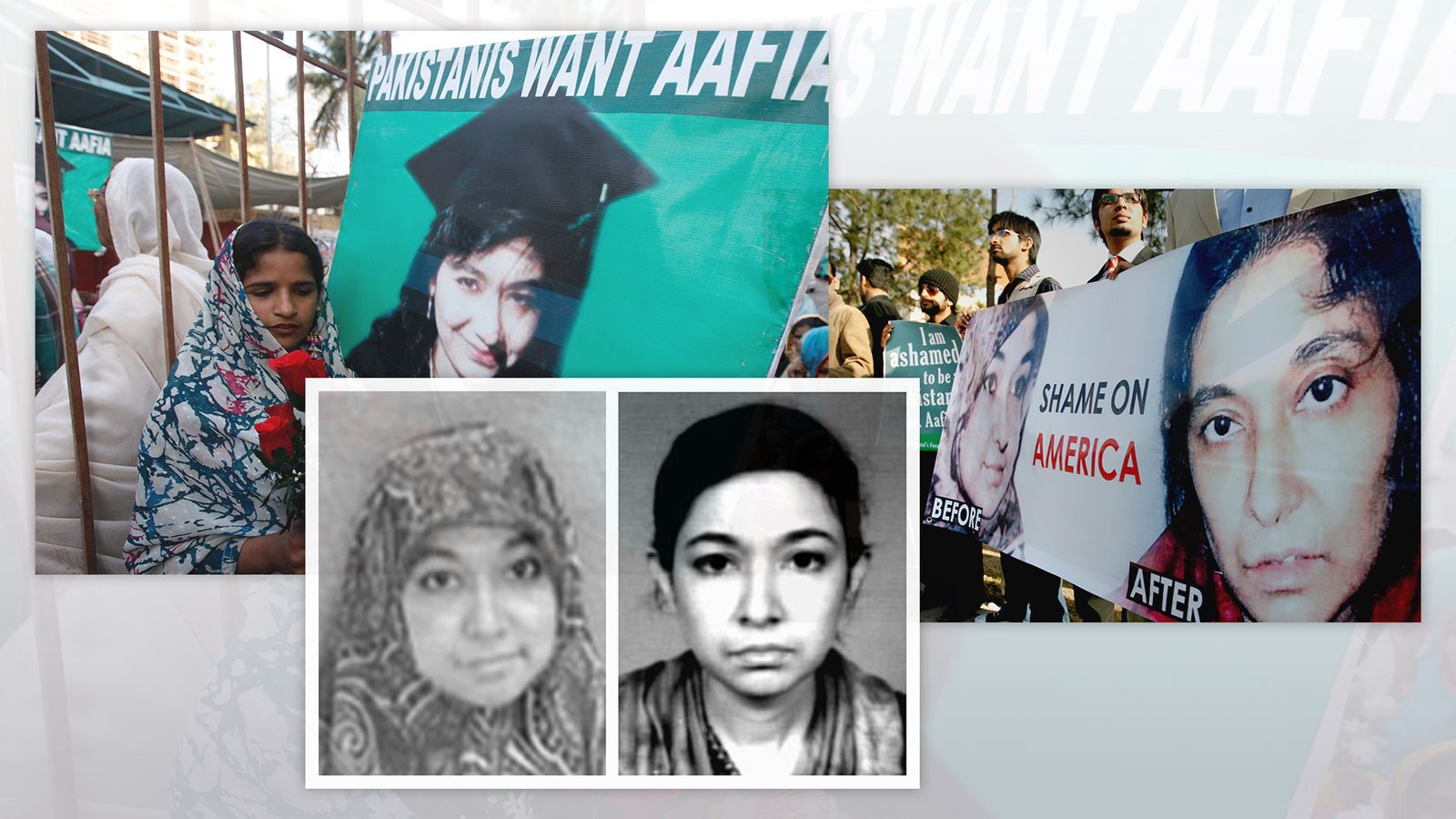 The British man accused of holding hostages inside a Texas synagogue on Saturday demanded the release of a Pakistani woman who is imprisoned close by on charges of trying to kill American service members in Afghanistan.

Aafia Siddiqui is serving an 86-year prison sentence in the Fort Worth area after being convicted in 2010.

During the hostage situation in Colleyville multiple people said they heard Malik Faisal Akram, who was shot dead, refer to Siddiqui as his “sister” on the livestream.

A lawyer representing Siddiqui, Marwa Elbially, told CNN in a statement that he was not Siddiqui’s brother and Siddiqui’s family condemned his “heinous” actions.

Other people associated with Siddiqui have told Sky News they have no knowledge of Akram or affiliation with him.

For the Justice Department, which had accused Siddiqui of being an al Qaeda operative, her sentencing was a significant conviction in the fight against international extremism.

But to her supporters, many of whom believed in her innocence, the case embodied what they saw as an overzealous post September 11-American judicial system.

Who is Aafia Siddiqui?

She’s a Pakistani neuroscientist who studied in the US at prestigious institutions including the Massachusetts Institute of Technology (MIT).

She attracted the attention of American law enforcement in the years after the 9/11 attacks.

The FBI and Justice Department described her as an “al Qaeda operative and facilitator” at a May 2004 news conference.

In 2008, she was detained by authorities in Afghanistan.

American officials said they found in her possession handwritten notes that discussed the construction of so-called dirty bombs and that listed various locations in the US that could be targeted in a “mass casualty attack”.

Inside an interview room at an Afghan police compound, authorities say she grabbed the rifle of a US Army officer and opened fire on members of the US team assigned to interrogate her.

She was convicted in 2010 on charges including attempting to kill US nationals outside the United States.

At her sentencing hearing, she gave rambling statements in which she delivered a message of world peace – and also forgave the judge.

She expressed frustration at arguments from her own lawyers who said she deserved leniency because she was mentally ill.

What was the reaction to her sentencing?

Pakistani officials immediately decried the punishment, which prompted protests in multiple cities and criticism in the media.

The prime minister at the time, Yousuf Raza Gilani, called her the “daughter of the nation” and vowed to campaign for her release from jail.

Faizan Syed, executive director of the Dallas-Fort Worth chapter of the Council on American-Islamic Relations, said the group considers Siddiqui to have been “caught in the war on terror” as well as a political prisoner who was wrongly accused through flawed evidence.

He strongly condemned the hostage-taking, calling it wrong, heinous and “something that is completely undermining our efforts to get Dr Aaifa released”.

The moment Zelenskyy hears about tank delivery
NHS to treat 50,000 elderly and vulnerable patients in ‘virtual wards’ at home
Retired general explains why tanks are so significant on the battlefield
Sam Bankman-Fried tried to influence witness through Signal, DOJ alleges
Haunting video of Tyre Nichols arrest is sickening indictment of policing that night