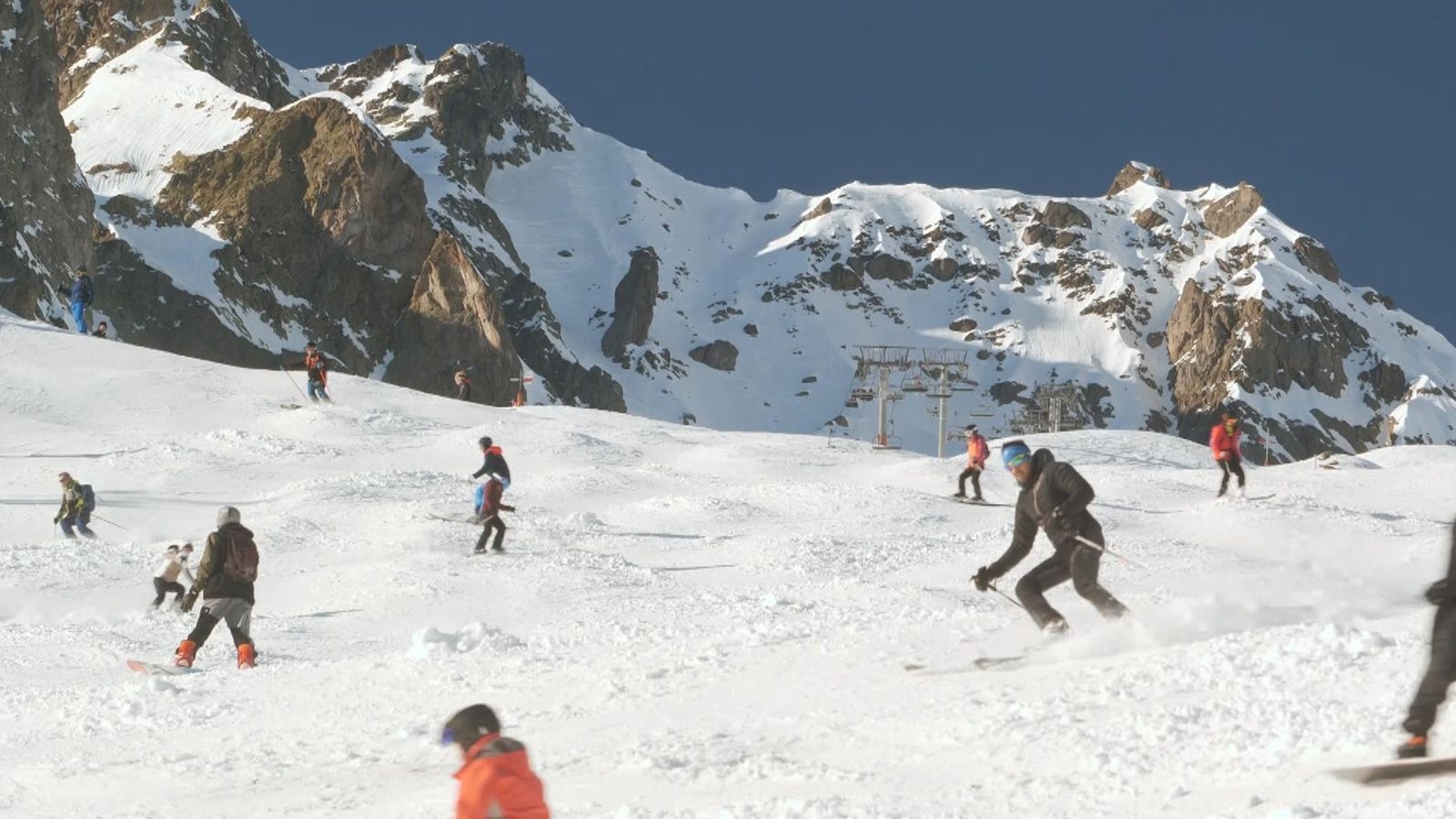 There is no winter sport resort quite like Chamonix. Nestled in the shadow of Mont Blanc, it has a glittering history and a reputation for challenging even the best skiers.

People travel from all around the world to try their luck on these slopes. And now, the British can join them once again.

For nearly a month, holidaymakers were banned from crossing the Channel as a result of COVID restrictions. They were brought in when the Omicron variant was dominant in the UK, but not much seen in France.

Now, that has changed; Omicron is omnipresent in both countries and, after hesitating for a short while, the French have reopened their border to British tourists. Many of those now crossing are heading towards the Alps.

The only country that sends more tourists to the French Alps than Britain is France itself. In Chamonix, it’s reckoned that around one in four people on the slopes is British; in other resorts, the ratio is even higher.

What that means is that there are plenty of businesses in these mountains who depend on the Brits. And when they stopped coming, those businesses started to worry.

Shona Tate was among the nervous. She helped to found a ski school in Chamonix 18 years ago, but says that the past two years have been the hardest time they’ve faced. She told me that her business depended on British tourists being allowed to return.

“If the restrictions hadn’t been lifted then we wouldn’t have been able to survive,” she said. “You need cash flow to keep going. At the moment, we’re not even paying ourselves.

“The whole industry has taken a hit, and it hasn’t been pleasant. But as soon as the announcement came out that people could return, well we got some lovely messages from clients. They were delighted for us, and they wanted to know if they could come.

“I’m looking forward to Easter – I think it will be so much easier. Who knows what’s ahead but we will keep positive at the moment.”

Not everything has been answered. Visitors still need to take a COVID test before arriving, and unvaccinated tourists are not welcomed. The question of whether children need to have a vaccine passport has still not been resolved – but it looks very likely that they won’t.

Above us, the sky is blue and cloudless. It is the perfect day to be on the slopes; you couldn’t wish for a better advert.

Giles Bickford leans on the balcony of his chalet and points up to Mont Blanc, looming beyond us. The chalet is rented out to groups of tourists, mostly British, for fully-catered holidays. It’s booked up for most of the rest of the year, but those bookings were all likely to be cancelled if tourists were barred from entering France.

“It’s completely saved our season,” he told me. “We can survive and save our season. Without the change this week, without British tourists, it would have been hard to pay the bills this year.

“As it’s happened, by getting this change in the middle of January, we can survive. Any later and it would have been touch and go.”

There is a shared feeling here – that disaster has been averted, and that the opportunity now exists to move away from the economic impact of the pandemic and its ongoing travel restrictions. That having survived the storm, it is time to reap the benefits.

Up on the mountain, the sun is beating down, creating that curious blend of refreshing cold and pleasant warmth that you sometimes get on a ski slope. The runs are not packed, but they are about to get busier. The British are coming…

House Republicans pass bill to limit drawdowns on Strategic Petroleum Reserve
Retired general explains why tanks are so significant on the battlefield
Inside the conclave: How it works
War in Ukraine: ‘This is not where Russia planned to be’
Little protest among Tories over Zahawi sacking – but Sunak now has even more ground to make up