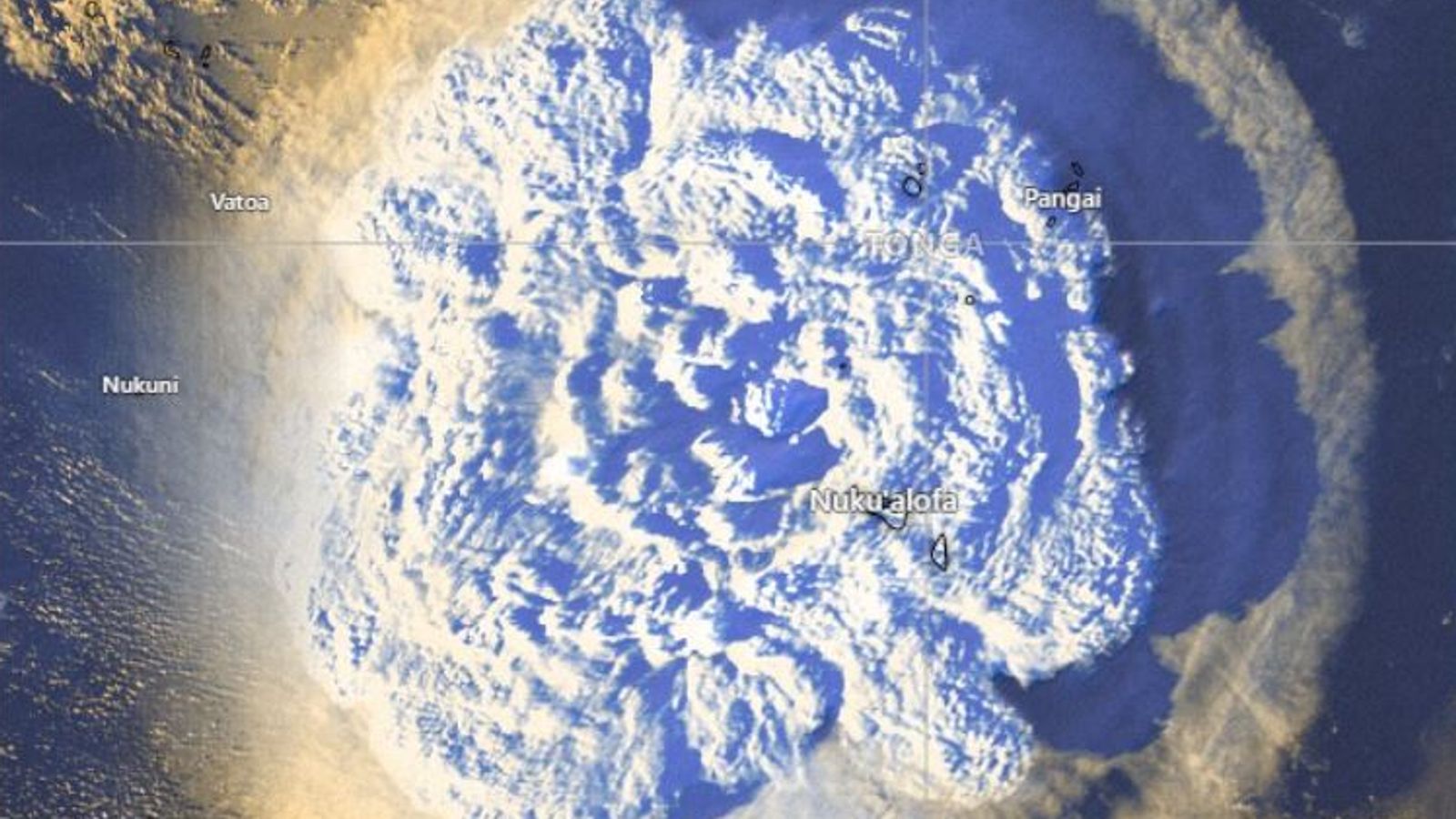 A tsunami alert has been issued by the Pacific nation of Tonga after an undersea volcano erupted.

The Tonga Meteorological Services said a tsunami warning had been put in force for all of Tonga.

It is the latest in a series of spectacular eruptions from the Hunga Tonga Hunga Ha’apai volcano.

Scientists had observed massive explosions, thunder and lightning near the volcano after it started erupting early on Friday, the Matangi Tonga news site reported.

The site said satellite images showed a three-mile wide plume of ash, steam and gas rising up to 12-miles into the air.

More than 1,400 miles away in New Zealand, officials were warning of storm surges from the eruption.

New Zealand’s national emergency management agency said it expected “strong and unusual currents and unpredictable surges” to hit the north and east coast of the North Island and the Chatham Islands.

“Tonga is around 2,000km away from New Zealand. Reports of people hearing the sonic booms across New Zealand.”

Retired general explains why tanks are so significant on the battlefield
The deadly assault draws painful parallels for Americans who are no strangers to videos of police violence
NHS Crisis: 27 hours for a bed
Taiwan tensions: ‘Highly unlikely’ that Taiwan would receive aid from the west
Mortgage burdens head for their highest levels since the 80s