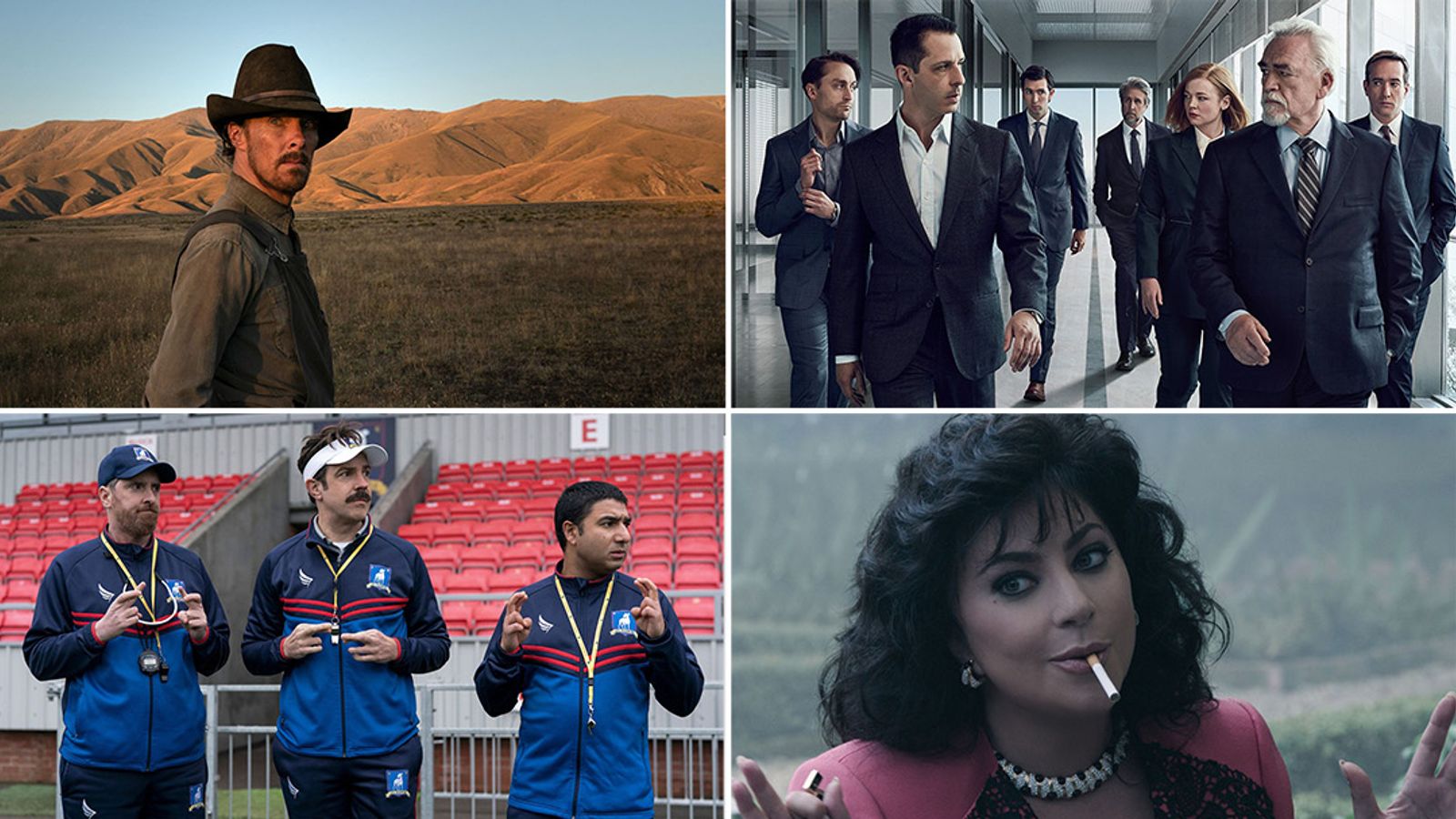 Ted Lasso, Succession and The Power Of The Dog lead the nominations in this year’s Screen Actors’ Guild (SAG) Awards – which is largely seen as a warm-up to the Oscars.

Representing both TV and film across 13 categories, the awards are led by the SAG-AFTRA union, which represents more than 160,000 people working in filmmaking in the US.

In recent years, it has been watched closely, as it often gives an indication of which films are likely to do well at the Oscars, just weeks later.

Backstage with… Jamie Dornan and Ben Affleck, plus the Golden Globes controversy

In the film categories, Netflix’s western The Power Of The Dog bags three nods, with Benedict Cumberbatch, Kirsten Dunst and Kodi Smit-McPhee all recognised in acting categories.

Ridley Scott’s fashion drama House Of Gucci also gets a good showing – Lady Gaga and Jared Leto earn individual nominations for their part in the film, which also gets a nod in the outstanding cast category.

Will Smith gets a nomination for his work in the Williams’ sister biopic King Richard – he goes up in the lead actor category against Cumberbatch, Andrew Garfield (tick, tick… boom!), Javier Bardem (Being The Ricardos) and Denzel Washington (The Tragedy Of Macbeth).

Award circuit favourite Olivia Colman goes up in the lead actress category for The Lost Daughter, against Gaga, Jennifer Hudson (Respect), Jessica Chastain (The Eyes Of Tammy Faye) and Nicole Kidman (Being The Ricardos).

Kenneth Branagh’s Belfast swipes a pair of nominations in the best cast performance category and the best supporting actress group for Caitriona Balfe.

For television, Succession, Ted Lasso and Mare Of Easttown all lead the pack

But it is HBO and Sky’s Succession that leads pack, scoring five nominations. Brian Cox, Kieran Culkin and Jeremy Strong will battle it out in the acting category, while Sarah Snook goes up in the actress group.

The show also wins a nomination in the best drama ensemble performance category, where it will go up against The Handmaid’s Tale, The Morning Show, Squid Game and Yellowstone.

Squid Game makes history this year, becoming the first non-English production to get a nomination at the awards, with Netflix’s dystopian drama also being recognised in the acting categories, represented by Lee Jung-Jae and Jung Ho-yeon.

Elsewhere, HBO’s The White Lotus, Disney’s Only Murders In The Building and Amazon’s The Great all land nominations.

The SAG Awards will be held on 27 February and broadcast on US television.

British Army: ‘The army is in a dire state’ – Tory MP and Defence Committee chair
Dog walker died from ‘multiple penetrating bites to neck’
‘Can’t wait for this guy to die’: Reporter reveals some GOP sentiment towards Trump
Who are the key players in the Russia-Ukraine crisis?
Columnist points out revealing moment at Trump’s event