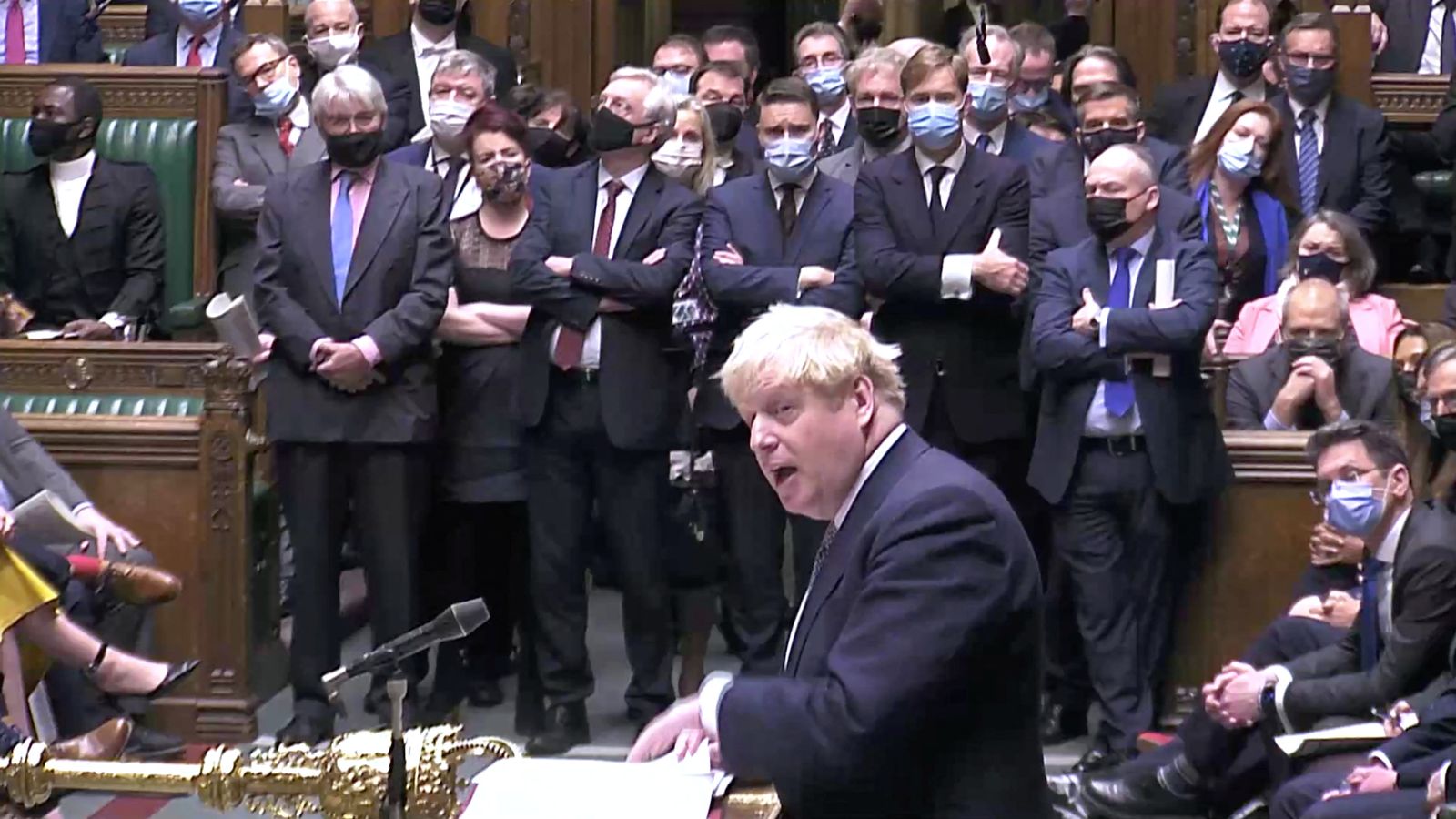 Boris Johnson has apologised after admitting that he attended a Downing Street garden drinks party during the first lockdown.

Addressing the Commons under intense pressure from MPs, including those on his own government benches, to confirm whether he attended a drinks gathering at Number 10 on 20 May 2020, the prime minister said he had “learned enough to know there were things we simply did not get right”.

The prime minister admitted he “went into that garden just after 6pm on 20 May 2020 to thank groups of staff” before going back into his office “25 minutes later”.

“I believed implicitly that this was a work event,” he told the Commons, adding that he “must take responsibility” for events that took place.

Responding to the prime minister’s admission, Sir Keir Starmer called for Mr Johnson to “do the decent thing and resign”, branding his defence as “so ridiculous that it is actually offensive to the British people”.

The PM reiterated that it is a matter for Sue Gray, the senior civil servant investigating a series of reported parties in Downing Street and elsewhere in Whitehall over the course of 2020, to determine the exact details of what happened.

“I know that millions of people across this country have made extraordinary sacrifices over the last 18 months. I know the anguish they have been through – unable to mourn their relatives, unable to live their lives as they want or to do the things they love,” Mr Johnson told the Commons.

“I know the rage they feel with me and with the government I lead when they think in Downing Street itself the rules are not being properly followed by the people who make the rules.

“And though I cannot anticipate the conclusions of the current inquiry, I have learned enough to know there were things we simply did not get right and I must take responsibility.”

Calling Mr Johnson’s actions “a clear breach of the ministerial code”, Sir Keir said the prime minister is a “pathetic spectacle of a man who has run out of road”.

“Why does the prime minister still think that the rules don’t apply to him?”

Mr Johnson said Sir Keir should “wait until the inquiry has concluded” before questioning further on the matter.

Downing Street had previously refused to say if Mr Johnson was present at the event which Sky News understands he and his now wife attended along with around 40 others at a time when such gatherings were banned.

Earlier on Wednesday, Labour’s deputy leader Angela Rayner told Sky News Mr Johnson’s position as PM was “completely untenable” as he “not only broke the rules, but he’s lied to the British public”.

Liberal Democrat leader Sir Ed Davey called on the prime minister to resign “for the good of the country” as he has “become a threat to the health of our nation”.

And SNP Westminster leader Ian Blackford said if Mr Johnson “has no sense of shame”, then the Tory backbenchers “must act to remove him”.

In his remarks, the prime minister said: “Number 10 is a big department with a garden as an extension of the office which has been in constant use because of the role of fresh air in stopping the virus.”

But reacting on social media, Mr Johnson’s former aide Dominic Cummings said the PM’s excuse that he thought the event was within the rules was “b********”.

Some Conservative MPs have publicly expressed their frustrations at Mr Johnson’s failure to address the allegations until now, with Paymaster General Michael Ellis sent to respond on his behalf to an emergency Commons question on the issue on Tuesday.

And no government minister was made available for media interviews on Wednesday morning.

Another Conservative, Christian Wakeford, who represents the former “red wall” seat Bury South, said the reports of the 20 May Downing Street party were “indefensible” and “embarrassing”.

On Tuesday, two opinion polls suggested the public was turning on the PM, amid increasing anger at the claims.

Scotland Yard has said it is in contact with the Cabinet Office about the events on 20 May.