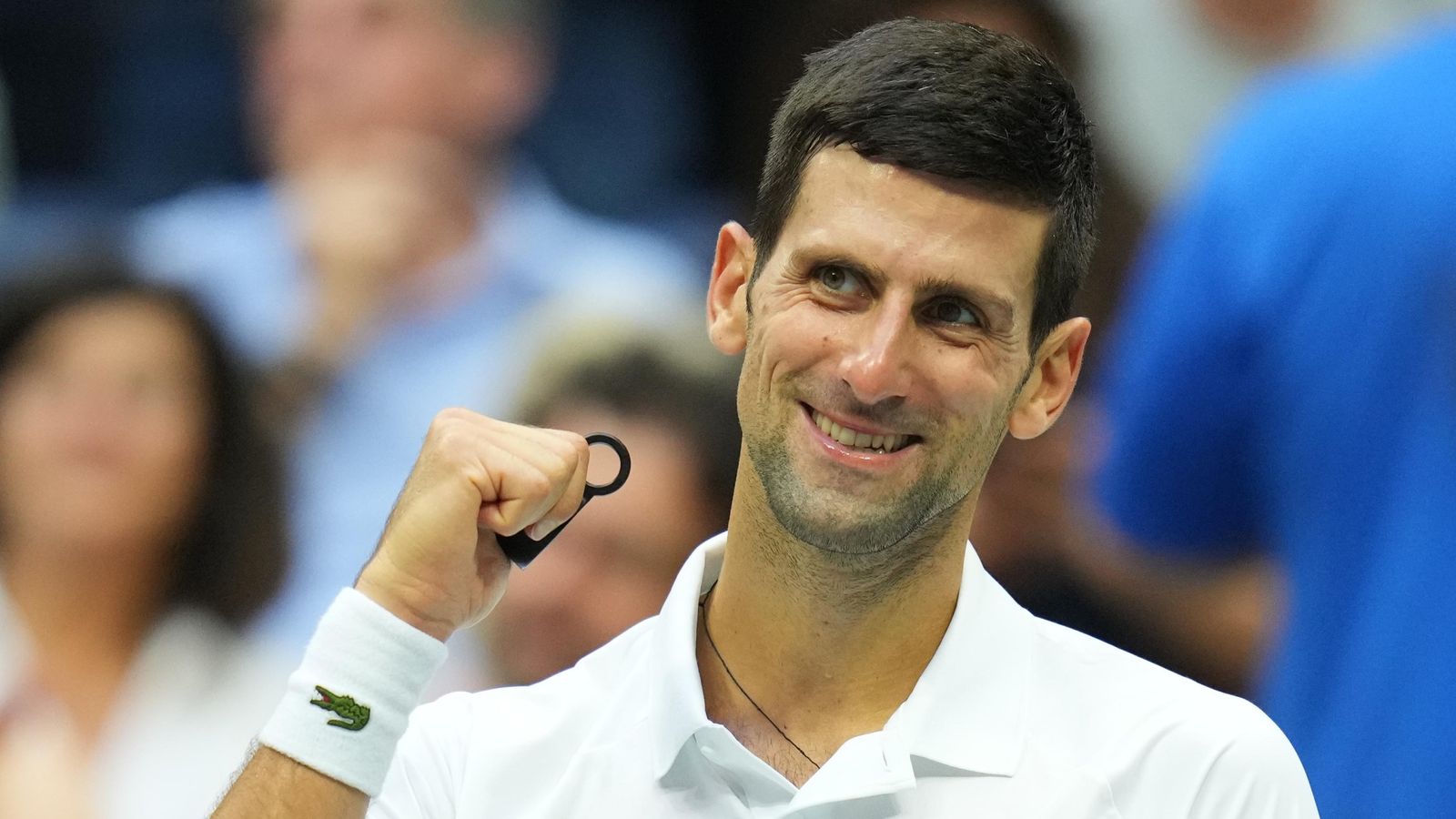 Novak Djokovic has won his appeal against deportation from Australia, with a judge reinstating his visa and ordering that he be released from hotel quarantine within 30 minutes.

Border officials previously ruled that the tennis star did not meet the criteria for a COVID exemption to entry requirements.

Djokovic had spent four nights in an immigration detention hotel in Melbourne before the virtual hearing got under way at around 10am local time (11pm Sunday UK).

The court rejected a decision by airport staff that he didn’t meet the criteria for an exemption to a requirement that all non-Australians be fully vaccinated.

Judge Anthony Kelly noted that Djokovic had provided officials with a medical exemption given him by Tennis Australia and two medical panels.

“The point I’m somewhat agitated about is what more could this man have done?” Mr Kelly asked Djokovic’s lawyer, Nick Wood.

Djokovic’s case has caused a political row in Australia after Prime Minister Scott Morrison said “rules are rules” and any incoming passenger was responsible for meeting border regulations.

Mr Morrison was then accused of taking advantage of the case to improve his popularity ahead of upcoming elections.

Djokovic claimed he should have been allowed to enter because he had “been recently infected with COVID in December 2021 and on this basis… was entitled to a medical exemption in accordance with Australian government rules and guidance”.

His lawyers filed papers that showed Djokovic had tested positive for COVID-19 last month and recovered.

They showed the 34-year-old received a letter from Tennis Australia’s chief medical officer on 30 December “recording that he had been provided with a ‘medical exemption from COVID vaccination’ on the grounds that he had recently recovered from COVID”.

It said Djokovic’s first positive test was on 16 December and, on the date of issue, the exemption said the player “had not had a fever or respiratory symptoms in the past 72 hours”.

But photos later emerged of the world number one, unmasked, with young players the day after his lawyers said he tested positive for the virus.

It’s not clear if Djokovic knew the results of his test at the time.

On the day he tested positive – 16 December – he was presented with a stamp by the Serbian postal service at the country’s communications museum in Belgrade, an event he tweeted about the next day.

In the next tweet, on 4 January, he said he had “spent fantastic quality time with loved ones over break” and he was now on his way “Down Under with an exemption permission”.

The Australian department of Home Affairs relied on its assertion it had not given Djokovic an assurance a medical exemption he said he had to enter Australia without a COVID-19 vaccination would be accepted.

His case has polarised opinions, especially in Australia where he has won the tournament nine times.

After narrowly missing out on a calendar grand slam of the four major titles in the same year in 2021, he is likely to be keen to compete and attempt to go ahead of Rafa Nadal and Roger Federer as the winner of the most major titles.

The competition begins on 17 January.

But the past few days have made it difficult, with his lawyers saying he was sleep-deprived and pressured by Australian officials to cancel his visa.

He has also been made to stay at the Park Hotel, which doubles as an immigration detention facility, where for a period of time he was unable to access the gluten-free meals and exercise equipment he requested.

New audio released of Alex Murdaugh’s interview with investigators
George Santos gives Holocaust speech. See CNN anchor’s reaction
Professor breaks down why Earth’s inner core may have stopped
Who are the key players in the Russia-Ukraine crisis?
Nicola Bulley: What has happened to missing mum?