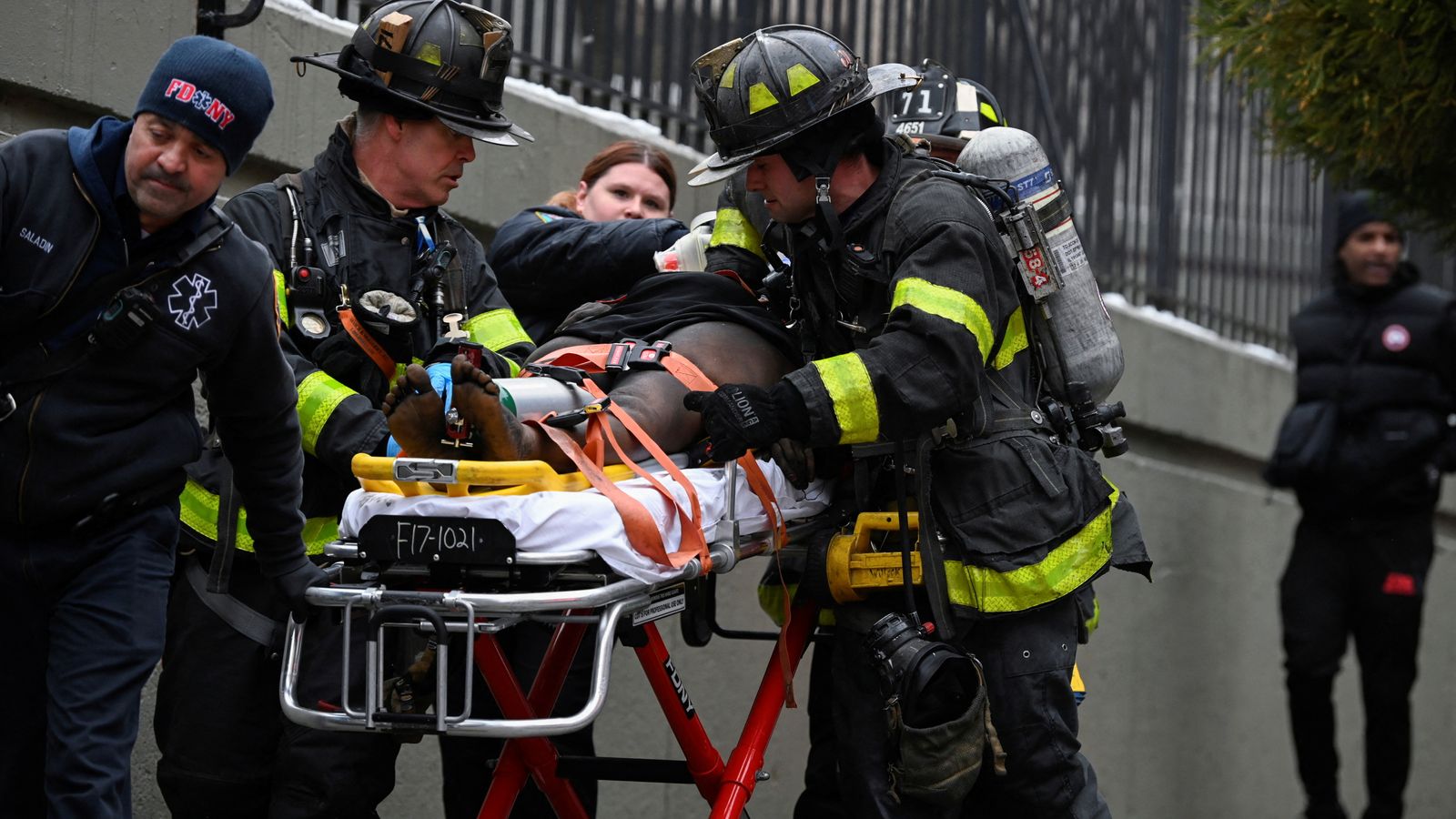 At least 19 people, including nine children, have died after a huge fire tore through an apartment block in New York City.

A city official who was not allowed to speak to the media confirmed to Associated Press the number of children dead.

More than 60 people were injured and 13 people were still in critical condition in the hospital, Stefan Ringel, a senior adviser to Mayor Eric Adams said.

Around 200 firefighters responded to the blaze at the Twin Park apartments, a 19-storey building on the Bronx’s East 181st Street with photos posted online showing a rescue ladder extended up to the eighth floor.

Firefighters “found victims on every floor and were taking them out in cardiac and respiratory arrest”, Mr Nigro said.

“That is unprecedented in our city. We expect there to be numerous fatalities.”

He added that the fire originated in a duplex apartment spanning the second and third floors and firefighters found the door to the apartment open, which apparently allowed the flames to accelerate and spread smoke quickly.

Mr Nigro went on to describe the blaze as one of the worst fires to hit the city in recent memory, comparing it to the Happy Land social club incident in 1990, which killed 89 people.

The fire is not believed to be suspicious in origin but the cause is under investigation.

Why is the UK economy predicted to perform so badly?
Quick Charge Podcast: January 28, 2023
Little protest among Tories over Zahawi sacking – but Sunak now has even more ground to make up
Nadhim Zahawi sacked as Tory chairman over tax affairs row
Priscilla Presley contests validity of Lisa Marie Presley’s will