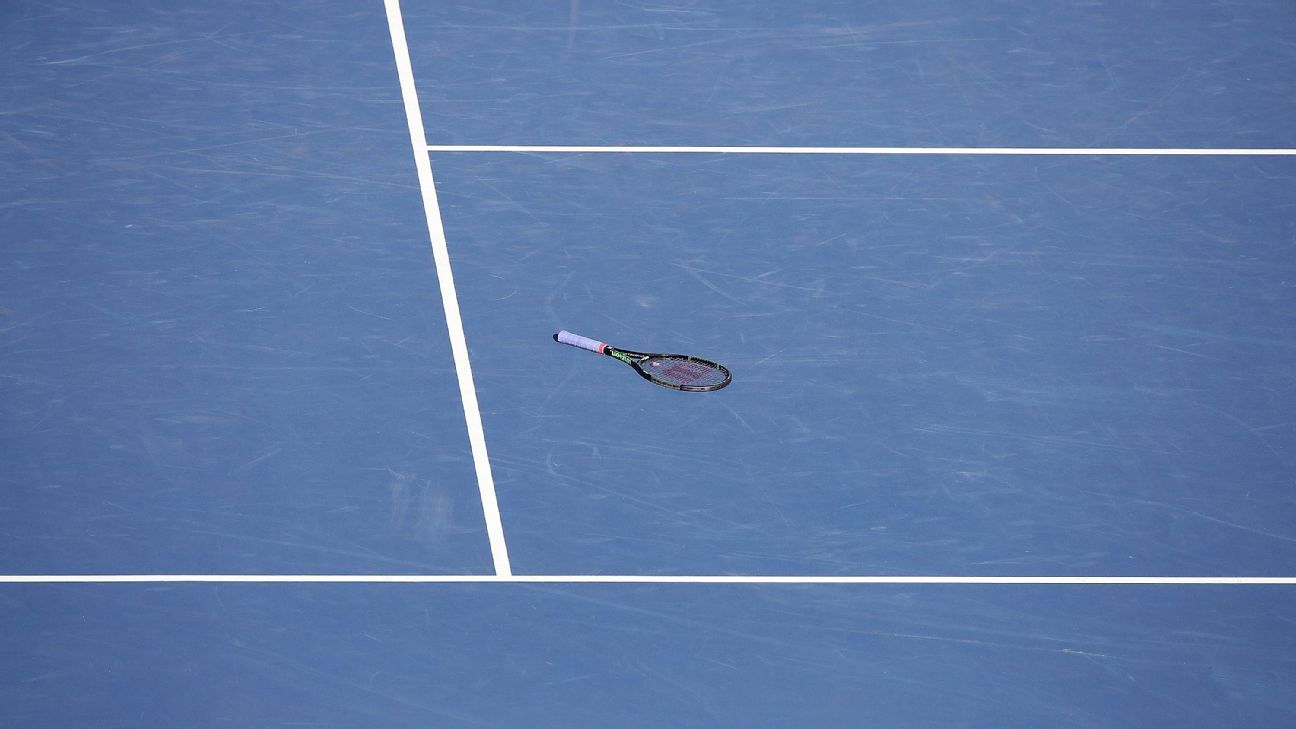 A Czech tennis player has joined Novak Djokovic in immigration detention after having her visa canceled, authorities confirmed Friday.

Renata Voracova was detained after being informed by Australian Border Force officials that she had to leave the country. Czech officials are seeking an explanation to the situation but said Voracova had decided to leave Australia.

“We can confirm that Czech tennis player Renata Voracova is in the same detention as Djokovic, together with several other players,” the Czech Foreign Ministry said in a statement. “We submitted through our embassy in Canberra a protest note and are asking for an explanation of the situation. However, Renata Voracova decided to drop out of the tournament due to limited possibilities for training and to leave Australia.”

Djokovic, meanwhile, could stay in detention through the weekend, as his case over a medical exemption from Australia’s strict COVID-19 vaccination rules has been adjourned until Monday. Djokovic, 34, has not disclosed whether he is vaccinated against the coronavirus.

That left Djokovic to spend the Orthodox Christmas in the Park Hotel — used to house refugees and asylum seekers near downtown Melbourne — receiving calls from Serbia, including from his parents and the president, hoping to boost his spirits. A priest from the Holy Trinity Serbian Orthodox Church in Melbourne sought permission from immigration authorities to visit the nine-time Australian Open champion.

“Our Christmas is rich in many customs, and it is so important that a priest visits him,” the church’s dean, Milorad Locard, told the Australian Broadcasting Corp. “The whole thing around this event is appalling. That he has to spend Christmas in detention … it is unthinkable.”

Djokovic’s supporters gathered outside the Park Hotel waving flags and banners. They mixed with human rights advocates who were there more to highlight the plight of other longer-term people in detention, many who have long complained about their living conditions and exposure to the coronavirus in the pandemic.

“Thank you dear people, all around the world for using your voice to send love to my husband,” she tweeted. “I am taking a deep breath to calm down and find gratitude (and understanding) in this moment for all that is happening.”

Thank you dear people, all around the world for using your voice to send love to my husband. I am taking a deep breath to calm down and find gratitude (and understanding) in this moment for all that is happening. 🙏

Djokovic flew to Australia confident he had everything he needed to compete, given he had been approved by Victoria state government for a medical exemption. But that evidence didn’t comply with the Australian government’s regulations.

So instead of preparing to defend his Australian Open title, and bid to win a men’s-record 21st major title, he is preparing to go to the Federal Circuit Court on Monday to challenge his visa cancellation and deportation.

Even some who have been critical of Djokovic in the past are now in his corner.

“Look, I definitely believe in taking action, I got vaccinated because of others and for my mums health, but how we are handling Novak’s situation is bad, really bad,” Nick Kyrgios, an Australian player and outspoken critic of some of Djokovic’s opinions on vaccinations, tweeted. “This is one of our great champions but at the end of the day, he is human. Do better.”

Look I definitely believe in taking action, I got vaccinated because of others and for my mums health, but how we are handling Novak’s situation is bad, really bad. Like these memes, headlines, this is one of our great champions but at the end of the day, he is human. Do better.

Voracova, a 38-year-old doubles player from the Czech Republic, advanced past the first round at the Australian Open in women’s singles once, in 2007. She hasn’t reached past the second round in women’s or mixed doubles at the Grand Slam either. She had played in a warm-up event in Australia prior to being detained.

Australia’s strict COVID-19 laws dictate that incoming travelers must have had two shots of an approved vaccine, or must have an exemption with a genuine medical reason, such as an acute condition, to avoid quarantine.

The Australian Border Force rejected his exemption as invalid, canceled his visa and then moved him to the immigration hotel. His lawyers worked urgently to ensure he could stay until Monday, when the a federal judge will hear his challenge, a week before the Australian Open is set to start.

The Associated Press contributed to this report.

Professor breaks down why Earth’s inner core may have stopped
Haunting video of Tyre Nichols arrest is sickening indictment of policing that night
Retired general explains why tanks are so significant on the battlefield
Djokovic wins Australian Open a year after he was deported over COVID vaccine row
Boy, 13, ‘shoots and wounds’ two people in Jerusalem, hours after gunman killed seven outside synagogue